The Spirits Might Be Rising, but Work Must Go On 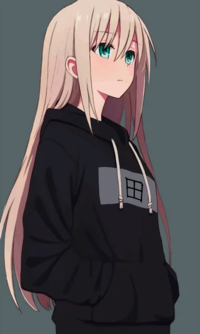 The Spirits Might Be Rising, but Work Must Go On

It was a sunny day, and time to harvest the rice. It had been growing in the paddies for just about four months now, and the time was ripe to harvest.

Today was absolutely, one hundred and ten percent, NOT a day for flashy clothing or bright, easily stained colors.

Luckily, Emi was not like some other people that may exist out there in the world; she dressed reasonably to the job. Not the baggy clothing the normally wear, but still comfortably loose. A pair of jeans, that pair of shoes she'd had for 3 years and just rarely wore because they were ugly but VERY sturdy, and a dark red, longer tank top.

And a significant amount of sunscreen to not burn. Even though summer was past, the sun would remain a continual energy. "Less bad" burns is not the same thing as "no burns", and Emi preferred being able to sleep comfortably at night, over tossing and turning in annoyance and discomfort, trying to figure out how to lay down without laying upon one of the many areas that would surely become sunburned by this sort of work.

It would be a long day of walking the fields with a small scythe, gathering up bunches of grass that Emi could carry all at once back, and then returning to cut more grass.

At least the fields were drained before harvest, and the lack of rain recently meant she did not have to pull out the rain boots to get through the day.

WHO NEEDS THIS MUCH RICE?

...most of the developed world. The Land of Rice was not the only place that grew rice, but it certainly grew a lot of it...

So anyways, she started threshing.

Emi was not, in fact, assigned with chopping rice plants and collecting them for harvest.

Rather instead... she was the power source for the threshing machine. A "treadle thresher" as they had called it.

So her entire job was to...

Lift her leg up, wit the peddle power device, being careful to not lift her foot too fast or too slow, so as to avoid losing the pedal, and then pushing her foot back down.

Once again, not too fast but also not too slow. Too slow and it would not thresh quickly enough for the people basically throwing rice her way (technically they were feeding it into the thresher but really, it felt like they were just throwing it in, with how haphazard they were being). If she went too fast, though, and this had been made ABUNDANTLY clear to her by a few of the experienced farmers of the area, it would almost positively cause damage to the fucking thresher.

And apparently this was their third thresher of the year and waiting for the village to reimburse the first too??

...Emi was fairly certain that sounded like a racket. At best, it was setting people up for failure over and over.

But she did as she was told, and, apparently unlike people before her, did not break it! Yay!