The sun was high in the sky as Jay sat there on a large boulder near the center of the Sunagakure training grounds. He had been sitting there in the sand filled space for about half an hour now, waiting for the other Jounin he was supposed to be meeting there. After finishing that mission to the borders, Jay had made plans with the one called Ikumo to meet here for some training. It had been a while since the Aburame had sparred with someone the same rank. His days were often filled with tinkering with his puppets and experimenting with medicinal herbs, trying to concoct new poisons to use in conjunction with his puppets. His nights were spent in one of the local bars, drinking his sorrows and making a fool out of himself as he tried to talk to attractive single women. Now he sat here on one of the few boulders sticking out of the ground, his black goggles keeping the sun out of his eyes as he scanned the area for what seemed like the hundredth time for his would be opponent. His Brother and Sister puppets were propped up against either side of the boulder that Jay was sitting on. His Suna headband gleamed in the midday sun as it sat upon his forehead. 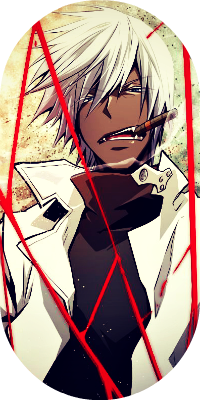 Another peaceful time in Suna and another good time to walk among its inhabitants and see who he could find to talk to or train with. Ikumo had often enjoyed speaking with the many ninja of Suna since he had mostly watched over the village or its gates on any given day, today was different only because he needed to train. In his left hand sat his staff which had been bandaged up and in his left a medical textbook that rivaled that of a tome. In his previous days he had been studying a medical jutsu derived from one of Konoha's greatest sannin, though as he tried to replicate the jutsu he often failed. The first of many steps was to prepare and push chakra to a certain point of the body, the focal point in the book happened to be the center of one's forehead, which he had slowly been trying to do. As he walked he pushed single portions of his chakra to his forehead, storing and making sure it stayed in a central area which currently had been working. As he continued to walk the bottom of his staff tapped the land rhythmically as he did so looking about as if he was waiting for something..

As he waited for the Jounin to show up, Jay decided to start the training on his own. He hopped down off of his perch and landed gracefully on his feet. He was about to begin when he decided he would take a look around one more time, scanning the area for Ikumo. While he was at it, he extended his chakra sensory to see if he could pick up on his comrade's chakra, showing he was close by. He got a response from both his eyes and his chakra senses almost simultaneously, though his chakra senses were just a tad quicker. At the far edge of the training grounds, Jay spotted the man he was waiting for. Smiling, he made his way over to the Jounin, strapping his puppets onto his back before he went. He stopped a few meters away from Ikumo waving at him as he spoke up. "Ikumo! I've been waiting for you. How are you today?" he said to the man. Jay liked to talk sometimes; it eased the tension that often came along with new people, or people that weren't overly connected to each other. You know, like acquaintances or whatever.

His eyes caught sight of the male almost instantly, the red orbs focusing on the other Jounin before smiling and meeting up with him. Stopping just short of him he would extend his hand after releasing one of them from his staff and smiled," I am doing fine Jay, how are you on this Sunny day?," tilting his head ever so slightly he continued to look at the male for a moment. Jay stood taller than Ikumo that was for sure and yet he felt this was normal since his "genes" only allowed him to ever be this height for a portion of his life. Either way once the male had shook his hand or declined, he retracted the hand back onto the staff and continued to observe the training grounds," Must have gotten here a bit earlier since this portion of the training grounds is clear and empty or did you scare away all of its denizens," a brief but hearty chuckle left the males mouth as he stood there.

The jounin had come up to Jay at the introduction. The male held out his hand for Jay to shake which the Aburame took happily as he heard the other say he was doing fine and asked how Jay was doing in return. Bringing his hand back to his side, Jay would respond in kind. "I'm doing well. It's a beautiful day out today." He let his gaze shift over the nearly deserted training area before the pair. He was just thinking that it was too quiet and empty when he had heard Ikumo speak once more, making an obvious joke about Jay scaring away the other ninja. Jay smiled and gave a short laugh at the comment. "They probably just heard you were coming and left to get away from your stench." he retorted with a laugh and a smile. He felt that he could indeed become good friends with this jounin. Jay reached into an inside pocket of his jacket and pulled out a small flask with his left hand and took a swig before offering it to the male. "Want some?" Jay almost always kept a flask filled with sake on his person. He felt it helped to keep him in high spirits.

Well at least his Jounin counterpart had agreed with him that today was beautiful and the fact that he had been doing well had made Ikumo happy. Sliding his hand back underneath his cloak he would look around slowly as responded to the male," Today is quite the beautiful day for being outside and it seems like the villagers like it as well," this was shown to him when he had been walking through the village to get here some time ago. The red eyes closed for a moment as he shook his head and chuckled at the males retort to his earlier statement, his eyes opening to look at the male as he spoke," My smell? If one didn't know any better it was all of that brooding you do to produce quite the smell," though like his friend here he didn't mean the insult (at least he was hoping that Jay didn't mean it) it was all in good fun and fun was a good way for people to bond. For a moment he looked at the flask, his nose scrunching up for a moment before he shook his head and declined the kind offer," Not this time. Drinking in this kind of heat would not be good for the either of us, but if you are already accustomed to it then you have no worries." Ikumo didn't like to drink (if he ever felt like it) during the day because he had been either in the library or out doing some training which would have caused some....issues between the people he dealt with.

The joking insults continued between the two as Ikumo said it was probably Jay's brooding that brought the smell to scare the villagers away. The Aburame gave a small chuckle at that. The two seemed to be getting along quite well on this beautiful day. When Jay had offered the drink Ikumo kindly declined, saying that it would not be good for either of them in the harsh heat of the desert.  Of course Jay was already accustomed to drinking in such weather as did so on nearly a daily basis. The Aburame merely shrugged and took another swig from his flask before returning it to the inside pocket of his jacket from which it came. It truly was a gorgeous day in the village. Perhaps it was time he asked the other Jounin for a small spar. He good use the exercise certainly, and he wanted to test the skills of his friend. He had only ever been assigned to one mission with Ikumo and he hadn't gotten a chance to see what the male could do.

"I was wondering if you might spar with me some. I feel I could benefit from training with you." he said to the male calmly.