Something happened when going to the market (IO)

Something happened when going to the market (IO)

Tsubaki was making her regular path to the market from her residence, which leads down the main path of the village. The morning was a brisk spring day. Most people that were heading to the market were just happy to be out of the winter cold- Tsubaki included. Tsubaki was wearing casual wear on her day off which included a tan wool cardigan with a light gray shirt-length dress. Her shopping list was the usual tea supplements, fruits, and vegetables that she didn't make herself in her greenhouse, and whatever else was a good deal. However, she would soon know that today was not going to be a normal day to the market.

Along the way, Tsu noticed a store called Book, Body Parts, and Beyond. Her initial thought was that it was a strange name for a book store name, body parts made it sound like a black market store. But then she would grow curious as the place was well furnished and lead the main room leads to many different rooms. It was strange to design for a seemingly ordinary book store. So she decided to enter the store- she had plenty of time to go to the market later.

As the young lady entered Akabayashi was sitting flipping through documents. His Nova haori and lab coat placed on a coat rack next to him, leaving him in a suit. "Good Morning, feel free to parouse my wares if anything catches your interests let me know." He would then return to signing some mission documents. On the table by the couch was a book of fuinjutsu seals and their effects. The one for the curse mark listed death as a possible side effect, but also stated that the death could be reversed at no additional charge.

Tsubaki was greeted by an extremely tall man - 6'4 - and built man. With his tall build with his flaming red hair man, this man stood out. He wore a traditional-looking haori with a familiar symbol on it. It was the symbol of the Nova corps. She recognized it as that as she had worked with Nova members in the past, notably the one that traveled with her and Ayato to Suna during the Kage Summit.  A Nova member owning a shop called Books, Body parts, and beyond? This man was becoming more curious as Tsubaki found out more.

"What's a Nova member like you running a shop like this? I'd imagine most members would be doing something more important," Tsubaki obviously teased as she paraded around the store. She looked at all the interesting books, most of them being written by a man named Akabayashi Terumi. She had never heard of this person, but since there were so many of his books on the shelf, she assumed that the man was Akabayashi himself. Unless this person was just hired by Akabayashi.

One thing that caught her attention was the book of fuuin. It seemed that the "beyond" part of this store what applying seals to customers. It was something that she had never heard about before but figured it was popular with a certain crowd. She flipped through the book. She found some strange techniques that she had never heard about before. Especially one called "Curse Mark". She read what the techinque did.

It read: "This technique allows the user to apply a Juinjutsu Seal onto a target, allowing them to use senjutsu chakra as members of the Jugo clan do."

Tsubaki had only heard of the jugo clan but it seemed extremely powerful, known for their rage. Not to mention she had just learned how to control nature charka not too long ago, she hadn't thought to apply it to anything like this. Tsubaki smelled power coming from this techinque.


Then she read the side effects. Tsubaki found that one of the side effects was death... pretty extreme. But besides it said that it could be reversed for no extra charge. It seemed like it was a fair deal for whatever the price was. So she checked the price. 5,000 ryo?! She thought after reading the price tag, That's a steal!

The Senju then pulled out 5000 ryo and placed it on the counter in front of Akabayashi. "Alright, I'll take the Curse mark, please."

"My role is to hunt missing ninja and establish ties to other villages. However, my current assignment is to increase village security." He would say updating shinobi files for those he had seen in the past.

It seemed the girl was focused on fuinjutsu after she had looked upon the books on the shelves. When it seemed the jounin had found something of interest, she placed money before the Terumi and made the request for her purchase. "Okay, follow me." He would open the door to a room with a chair in it. "Please have a seat you may pass out as the curse mark settles. Where would you like it? Neck and upper chest are the most common areas."

Akayabashi was a very work-motivated man, not really caring to engage Tsubaki with much conversation. But she could respect a hard-working man. He leads to one of the rooms in the back and requested that she sit down as fatigue was one of the side effects of the curse mark first settling in. "I'm a tough cookie," Tsubaki said confidently teased, and sat in the chair.

Now it was time to find a place for it to be placed. "I would like it on the left side of my chest. Just in case I want to cover it with something." Tsubaki would pull down her dress and pointed to where she wanted it, letting the sleeve roll off her shoulder while still covering her chest. Tsubaki moved her hair to the right side of her head so that he didn't have to worry about it. She knew that he had to bite her to apply the marking, as it said so in the book. She prepared to feel a slight pinch.

The sight of a lady removing her clothing was something the doctor was accustomed to, so he remained professional as Tsubaki lowered her dress. Years of treating people made the sight a common occurence. "You look tougher than most." He would say with a smile once his recipient identified the place of the seal. "Slight pinch after these seals." He would say forming the seals of the juinjutsu and biting into the spot Tsubaki had identified leaving a mark on the girl's skin. He would back up and monitor her to see if she survived.

Akabayashi itched towards her bare skin and bit into it. It was a strange situation Tsubaki had never thought she'd be in, but here she was. She grunted at the pinch on her chest. It started to throb, making sharp pains. A mark appeared on her chest, flowing with nature chakra. She was familiar with the sense as she knew how to use nature chakra. However, it was still intense and Aka stepped back to see her vitals. 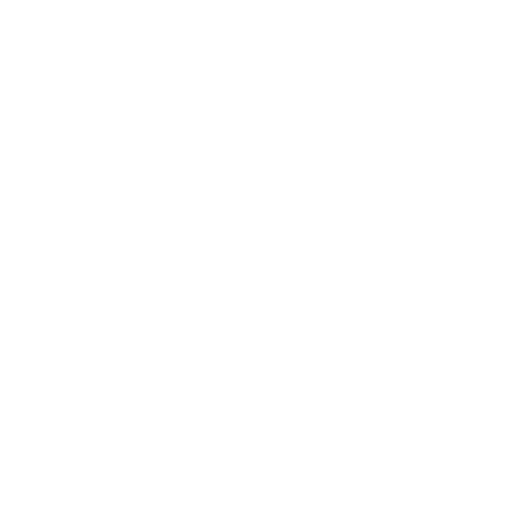 She survived, fortunately. She rose from the table slowly, gripping her mark. Tsubaki was a bit sweaty from her body adapting to the new power. Admittedly, she was nervous her body wasn't going to be able to handle the power. But this just showed how well her body was to adapt to new power. It was a sign to her of great things to come. "See, I told you I could handle it," She chuckled stumbling out of the chair. She would walk out of the room. "Thank you for the new tattoo. Hopefully, we cross paths again." She would continue to hold her stinging chest and walk home, forgetting all about the point of going to the market in the first place.
EXIT
WC: 201
TWC: 990
CLAIMING
990 WC towards Pink Rose Barrier Techinque (2509/2750)
Curse mark placement
-5000 ryo