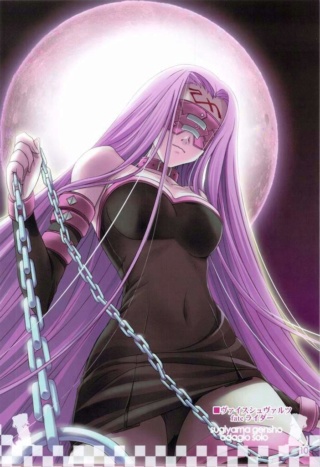 The lush of branches extended out towards the showering rays of warm sun. Reaching out to the empty sky like deprived arms made of wood. The early noon was so quiet. The lacking sounds of scurrying critters was too obvious. As if there was a holding of breath and the hiding of sound. This place was so much more lively the last time Aroma had been here. She had first met the peculiar yet talented twins here, and had been attacked shortly after they introduced themselves. The attacker was first mistaken as a missing ninja, one who mouthed off more bark than bite. In the end the twins had succeeded in taking him down, just for someone else to jump in to rescue the attacker. Turns out the attacker had been a fellow kumogakure shinobi all along, which only caused more confusion.  The troubling events was luckily settled after the discussion with one of the more responsible officers of the village. Aroma never encountered the attacker again to her liking, but also the cheering presence of the twins faded as well.

The lavender Viperis was returning to this area of the attack. It had been a quick event, and she had felt extremely useless during it. She failed to be of any use. Failed in her own desires to prove of being worthy to her clan. As punishment for her failure, the woman possessed new imperfections upon the flesh of her thighs. They wasn't there for pity. Not even Aroma could express much pity for anyone let alone herself. She lacked sorrow. Held no interest in such a depressing feeling.

Her magenta eyes from behind the usual black cloth eye bindings, wandered over towards her favorite spot here. There was the hot springs once again. So many times this woman had came out to this pool of water. Was her purpose empty? Will she always be useless? That wasn’t something Aroma could allow. No. . . she wouldn’t allow this. Aroma stood facing the hot springs, dressed in a form fitting dress of soft shade violet fabrics. Her lavender hair flowed freely at the small of the woman’s back. Her curves easily gave away the fact that she was a matured woman, despite being a genin. There was the sound of chain on chain contact, as the weapons at her waist softly shifted. The weapons were two daggers in the form of stakes, with long chains connected to the hilts. Her chin tilted down as if to allow herself to glance in the direction behind her. “Still interested in my prowess?” Her words was towards the red haired man that she just met recently.
{WC: 450}

The Jounin of Kumogakure, so few left who were active in the lives of the others let alone seemed to be alive at all. The village has had been in hard times as of late, but there was at least one Jounin who was out to change all of that. Kusari, the Chained Ninja of Kumogakure, He sought to revive some of the old ways, and wanted to bring the idea of village teams to the kage, and what better way then with a plan of who should be on what teams and reasons as to why. But first he needed to see the skills of each Genin for himself before properly putting teams together. He loved to take a stroll to clear his head, and he always loved the forest just outside of the village.

There was still clean up of a previous raikage's deeds happening on the outside of the village so one had to travel a bit of ways away from the village to get truly clean and crisp air. He let in a deep breath before exhaling softly. He soon came upon a recently talked about site of villager on villager attack, this upset Kusari Deeply, why would anyone of the village attack another member , let alone so openly. He let out a deep sigh and shook his head until he noticed something familiar. The purple haired Kunoichi from earlier. He had seen her sitting down and the bindings not only helped to hide her eyes, but her facial features as well, he had originally mistaken her for being younger then what she seemed now.

Apparently his presence was noticed before he noticed hers because there was a sudden sound in the air that was quiet alluring, the voice was smooth as silk it seemed to him, and she was asking him if he still wanted to see what she was capable of. Kusari had givin it some thought but it would not take long for a response to form from his lips.

" Of course I would love to see what you are capable of still, I would like to know who would be best to team you up with after the chuunin exams." Kusari gave as a retort to her question, he stood with his hands in his pockets, his feet on the ground about shoulder's width apart. His Hair seemed to be almost as long as hers, but with a mixture of colors, the slowly encroaching darkness masking his apperance all the more as his cloths he prefered was darker, contrasted by the white flak jacket that Kumo was so famous for. it was a nice mixture of colors if Kusari said so himself.

He would walk till he was about thirty meters away from Aroma's Location, and then stop, holding himself there until she decided what and how things would go for this, However for the most part, Kusari would drive her to her limits if he could. And he did plan too, something in him told him that she could very well walk out as victor of the exams.

Aroma stood up and turned to face the red haired jounin named Kusari. The chained weapons that was strapped to her blossoming hips, shifted once more. The linked metal chains chimed softly against one another as she moved. The pool of hot springs now laid behind her. The woman was curious as to how it would feel to coax her body into those soothing waters. It was told that the minerals within the springs could possibly hold healing properties. No doubt the alluring warmth would caress her flesh like a soft warm blanket. But that would be for another time. Right now she was far too busy for such silly wants and curiosity.

"This place seems more suitable for me. Alot less of an audience than where we last met." Aroma's words was always enchanting. Flowing smoothly like soft silky lace. "Are you sure I fit to fight along the side of others?" There was a reason for this question. Her clan element was one that couldn't be controlled when it was used as a spreading toxic mist. Fighting along the side of others would mean she had to keep her use of poison out of the question. Unless she was able to create a way to use it in more of a direct means. But what about the fact that she lacked alot that was needed for good teamwork? Something that defined the type of person she was.

Aroma's hand followed over to the black cloth bindings that concealed her eyes. Her fingers closed against the corner edge of the cloth, and tugged it down from her face. Allowing the bindings to fall to her neck. Kusari would be able to see that her magenta eyes was directed towards him in attention. Her pupils resembling the shape of a viper. If he was to notice her gaze, the man would easily be able to feel the gripping of some sort of cold, fearing demeanor. The well know vibe that her clan's eyes gave off, and one of the reasons why she normally concealed them.

"Let's go for a swim, shall we~" Her hands unsheathed the chain weapons at her side, just as a thick mist began to roll within the perimeters. The woman was able to perform this action without the use of handseals, and the area around them would be cloaked by the mist screen. She had no knowledge of the mans capabilities, and he possibly wouldn't know whether or not she could still see. The answer was both yes and no, her eyes shifted as she activated her dojutsu. While at the same time the woman jumped to the left from where she stood, tossing her two chained weapons into the hot springs behind her. There would be the dancing sound of chains just before the sounds of something or someone jumping into water. This action may deceive someone thinking that she had moved into the springs, along with her invitation to swimming. When all reality Aroma would have move about fifteen feet to the left with silent sure footings. Not having the chains giving away her position.
{WC: 521}

Kusari listened to her words, and was curious as to what exactly she had ment by such things. He had yet to study up on her. However the moment her hands had went for her weapons He would move at his full speed to grab a Kunai from the side of his flak jacket and throw it while he back peddled away from her. He did not want to yet do anything to powerful against her, as he was only testing her abilities not showing his off. If the Kunai found its target it would simply knock the weapon out of her hand , as he was fast enough to get his attack out, but not fast enough to stop her from reaching her weapon.

Kusari had noted the mist rolling in, and he continued his back peddle not turning his back on his opponent, following his very foot steps on the way in as not to trip over anything. When he finally reached the edge of the mist, he heard a splash, did she jump into the water? She had mentioned going for a swim. Kusari kept his eyes open, and since being out of the mist's range he would hop up into the tree's. He was careful to do this with as silently as he could do it, training to become a Jounin had its advantage's. He noted she had good battle strategy, eliminate his sight, or at least his line of sight on her.

Not knowing what it was earlier, he kept his eyes out in the trees as well as on the ground. If he caught sight of her before she could him, maybe he could get the drop on her. Again he only wished to see her prowess in battle and her abilities , so that maybe he could help his kage with the bringing back of the old village custom of teams. Something that was once long lost. In a world of people wanting to handle things on their own, if nothing else the Akatsuki proved one thing, that even the most powerful of people should team up, if for no other reason then to see how exactly they would fare in their endevours together.

With that in mind, Kusari weaved his handsigns, prepareing the substitution technique just in case she could get the drop on him.

(Will Subtract the AP if Substitution gets used next post)