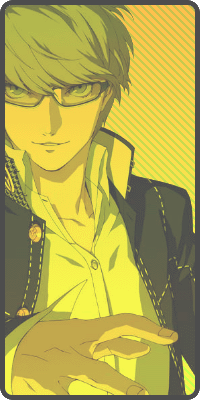 Shiza stepped out of Kumogakure’s central postage office with a brown cardboard box in one hand and three letters in the other. All four items were going to different locations and had to be delivered by the end of the day. As he gazed upon the setting sun, Shiza realized that he had a sizeable amount of work to do and very little time left to do it.

“That’s what I get for getting back so late,” Shiza said to himself as he poured chakra into his feet and began to run up the side of the office. “Really wish I’d learned the Body Flicker Technique while I was gone.”

Upon reaching the top, the shinobi pulled a kunai out of his weapon’s pouch and tied some wire to the end of it. He aimed the weapon at a rock structure that stood several meters away from the postage office and threw it, watching as the sharp metal pierced the rock with ease. After tugging a few times and making sure the kunai was secure, Shiza ran from one side of the building to the other and leaped off the edge, holding onto the wire tightly as he began to swing in a wide arc and descend into the village.

While Kumogakure was a beautiful place, finding a way to get around in a timely manner was quite a problem. Since the village itself was formed around a mountainous region, every zone was at a different altitude. Some areas were so close to sea level that rivers could flow through them. Others — such as the Raikage’s tower — peaked well above the clouds. For a shinobi with few transportation-based skills under his belt, swinging from structure to structure was one of the most time-efficient ways of moving between zones. Unfortunately for Shiza, it wasn’t quite resource-efficient, and he frequently had to purchase new Kunai and more wire after losing his weapons mid-travel.

Once he’d traveled a fair distance from the postage office, Shiza slowly began to let go of the wire and gracefully descended into one of the village’s many trading plazas. He held onto the tail end of his makeshift transportation method while running across the small area, watching as some stall owners began to pour in and take the place of others who were packing up for the evening. Luckily, the afternoon shift had only ended a few moments prior and his target was still moving things out of his booth.

“Good afternoon Takahashi-sama!” Shiza screamed as he ran forward and pulled out the letter addressed to the aforementioned shop owner. “I’m back in the village now and I promise I’ll visit you another day. Ok? Ok. Here’s your mail. Thank you! See ya!”

Shiza spoke at the speed of light and practically threw the elder business owner’s mail into his face. Takahashi caught it — albeit with some difficulty — and watched as Shiza ran up the side of a nearby building at an angle and continued to move to his next destination. Takahashi was engulfed in shock for a brief moment, but he eventually calmed down enough to curve his face into a smile.

‘Some things will never change when it comes to that boy,’ the elder thought to himself as he continued setting up his shop.

Shiza let go of the string he’d been holding, already aware of the fact that he couldn’t generate enough momentum to swing a second time. Considering the fact that all of the addresses were in the same general area, the Akari clansman decided it would be a better idea to just leap to his destination rather than trying to do something fancy. He kicked off the rooftop of yet another building and made his way over to the next address, though this time the recipient wasn’t outside to greet him. Instead of leaving the package at the door, he knocked and waited a few moments for the door to open.

“Just a second,” a feminine voice called out, accompanied by the sound of footsteps approaching the door. “Do you mind getting the dishes for me, Rohan?”

Shiza intended to greet the woman at the door as he normally would, but the name she called out caused his eyes to widen in shock. The shinobi immediately dropped the letter and jumped onto the roof of the house, watching as the door opened and an older, silver-haired woman stepped outside.

“Again?” The elder asked to no one in particular as she bent down to pick up the letter. “I already wrote a complaint to that office one too many times. These kids need to stop leaving the mail at the door and running away, it could get stolen if no one’s home.”

“I miss your boy, Rohan,” she continued. “He would’ve never done things like this when he delivered mail to our district.”

Shiza mouthed a silent apology from the roof of the house, already knowing that the woman at the door was Takahashi’s wife, Yumei, and one of his favorite mentors. The Akari clansman turned in the direction of the postal office and looked down at the remaining postage, already aware of what the address was and who it had to be delivered to. Knowing it would be better to deliver the post after he confirmed the completion of his mission, Shiza left both items on the roof of the house and secured them to a pipe with some wire. Once he knew it was secure, he leaped towards the office in hopes of getting there before the sun completely set.

“Listen,” Yuri said as she approached Takahashi’s house alongside her son, “I won’t say that it’s wrong to want to surprise your father, but you should still do your job correctly.”

“And I won’t say that I shouldn’t do my job,” Shiza responded, “but you shouldn’t have forced me to do another mission before we even got back into our own house.”

“You’re grown,” Yuri replied with a sigh. “You could’ve said no.”

“You’d be mad if I did,” Shiza stated truthfully, earning him an eye-roll and a shrug from his mother.

Shiza knocked on the door as Yuri gracefully jumped onto the roof of the house. The kunoichi grabbed the package and the letter that Shiza had left on the roof and returned to the ground, handing both items over to her son. He read over the sticker on the front that was adjacent to the address, unable to hold back his smile as he looked at his mother’s elegant cursive handwriting.

[Souvenirs from your two favorite people]


Task:
The mailman has so many letters to deliver and pick up around the village that he had decided he would hire a Genin to help him deliver as it is their jobs as citizens of Kumogakure