Some Light Sparring (Kizaru and Chuta) NO KILL 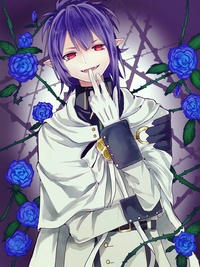 Some Light Sparring (Kizaru and Chuta) NO KILL

It was a good day for training and Kizaru decided to head down to the training grounds. He hadnt really trained with any of his fellow ninja since his days in the academy and he felt like his combat skills were getting a little bit rusty. Hopefully someone else had a similar thought.

When he arrived he was disappointed to see nobody was there yet. It was still early in the day however, and it wasnt a bad place to train alone. Maybe someone would show up. Until then he would just have to do some pushups or something.

Chuta ran around the corner. Finally he was at the training ground. This mornings run felt like it was taking forever. The soreness in his legs was aching from the day before, but he felt ready and warmed up for the practice of the day. As his eyes scanned the field he saw only one other person. He waved and walked over.

"Hey there! What are you up to today?" He asked as he began to stretch. He brought his right arm across his body and trapped it with his left, stretching the shoulder. "I was thinking about some pushups myself." He said about to get onto the ground.

Kizaru had only just started working up a sweat when he heard footsteps approaching where he was. He hoped it was someone he could train with. He looked up when he heard the stranger's voice.

The person turned out to be a shinobi. He looked a bit older than Kizaru and he was definitely taller but he wasn't wearing a chunin vest so maybe he too was a genin. His clothes had some tips in places and didn't tell a story of someone from wealth. They werent dissimilar to his own tattered thrift store clothes.

"I was hoping to get in some training with a partner today actually," he said followed by a little laugh. He scratched his hair and sized up the older shinobi. He could probably teach Kizaru a thing or two about combat he figured. "Specifically some sparring if that sounds like something you would be interested in."

It was only after he had already proposed fighting that he realized he didn't even know the mans name.

Chuta hadn't sparred anyone yet, but he supposed it was time to see what he could do, though, the kid seemed kinda young for him to go full out. "Sure, we can do some light sparring." He said. He wasn't about to hurt the kid, just figure out what he can do. "I guess sense we are the only ones here he could be as messy as we want." Chuta started to walk into the center of the training ground. They were now about ten feet apart. Chuta pulled out a kuni from his back pouch.

"Go on, I'll give you the first move." Chuta finished.

Kizaru was glad that the shinobi was willing to train with him. He couldnt get actual combat experience without risking a little bit of pain. The man across from him drew a kunai and left the first move up to his junior.

"I'll let you know, I'm not a very hands on person. You'll see what I mean in a moment." He said as he reached his hand down to his hip and attached his three chakra threads to the puppet holstered to his leg. "This little guy's name is Mochi."

He flapped the puppets wings a few times fast to get the bat airborne and held it about a meter from himself. The two were standing roughly 10 meters apart in the open field of the training grounds.

"Here I come!" He shouted while running to his left (chuta's right) at top speed [19]. At the same time he flicked open the 4 inch blades on Mochis wings and sent the puppet flying towards Chuta [19 speed 41 sharpness] he was aiming to fly close enough to his opponent for a wing to slice his right arm

Chuta was already on guard, he leaped another 5 feet to the rear as he watch the kid approach. This squared him off and sent him on a slight angle from his opponent [37 speed] and threw his kunai at the thing that flew toward him [throw speed 59/sharpness 50]. He was hoping it would disable the thing that he threw and leave the kid open. If the mechanism fell to the ground he would dash toward the kid and form a wooden knife in his hand about 6 inches long and a few centimeters thick, preparing to strike with a blunt and nonlethal attack. If it did not fall then he would pull another kunai and see what happened.

The thing looked sharp and was actually pretty quick. How he was controlling it boggled Chuta's mind. He's gotta show me how to do that later. He thought as he moved back. He would attempt to keep distance between them till the time was right. It seemed he wouldn't have much trouble with this, Chuta was quicker on his feet [37 speed].

Mochi was flying true towards Kizaru's opponent but not fast enough to avoid the kunai that was thrown in retaliation. The bat's momentum was halted and it fell to the ground along with the knife, strings still attached.

The moment the puppet hit the ground the older genin began to charge at Kizaru. He was fast. Clearly faster than his junior. As he ran a wooden knife materialized in his hand from thin air.

Kizaru couldn't believe his eyes, "I've never seen jutsu like that before!" He yelled out.

However he wasnt ready to lay down and lose yet. His threads were still connected and he still had a trick Chuta hadn't seen. As his opponent passed by the grounded bat puppet Kizaru pulled the strings so that Mochi would hop off the ground and attempt to sink its fangs into the ankle of his enemy. (19 speed 41 sharpness)

If the bite succeeded Kizaru would proceed to yank his threads to pull Mochi and hopefully Chuta off his feet. Should his sneak attack fail then Kizaru would attempt to block the wooden blade but speed was not on his side in close quarters.

As the wooden knife materialized in his hand Chuta dashed forward, he was about to strike the kid on the back of his thigh with the knife, a playful tap [going to make this 5]. As the knife was about to hit the kids leg Chuta could see the chakra pulse through the threads that attached to the fallen device. An attack! He thought and leaped to the side, a blade just glancing his ankle. Chuta's dodge pushed dust into the air as he slid on the training field.

"Good one!" He said, keeping an eye on the device he dashed to the right, then straight for his opponent. A flurry of blows would proceed, tapping the kids right shoulder with the wooden blade, then his left, then moving the blade along the underside of the kids arm if the position allowed. Chuta wasn't trying to show off, he was attempting to show how open the kid was too an attack. The dull blade would flash with full speed, though only taps would come of it [37 speed/ 5 strength for the attacks].

Kizaru's on the spot sneak attack failed. His opponent could see his chakra threads and even if he couldn't follow the puppet's movements from watching the strings, he could tell Kizaru was making a move. Mochi hopped up and its teeth barely scraped Chuta's ankle.

After his attack failed Kizaru was battered by several light taps from the man's wooden knife. The hits were light and didn't hurt much, but the young ninja knew when he was beat. He would need to find a way to protect himself in close range. This was the lesson his elder was trying to teach him and he knew it.

After the flurry of blows stopped, Kizaru was panting and put his hands up. "Good match, good match. I concede." Kizaru was glad that his opponent read his weaknesses and took advantage of it. He would rather it be pointed out during training rather than in the field.

"That Technique of yours was incredible. You pulled a weapon out of thin air!" Kizaru was still quite impressed by the jutsu of the man. "I had a good time even if I just got my ass handed to me!" He laughed and extended an arm for the other to shake.

When he gave up Chuta backed off and let his knife vanish away. His ankle was hurting a little from the cut but he would heal it soon with his basic medical jutsu. Kizaru wasn't a bad opponent, Chuta could see him being a handful in the future.

"Keep up the good work man." He said. "Oh! My jutsu." Chuta laughed. "Its part of my clan's abilities. We are able to form weapons and even armor if we needed to. Who did you move that puppet like that? I assume it was a puppet?" Chuta looked back on the ground to the device. It would be remarkable, but he didn't think it was alive, was it?

As the kid talked Chuta would bend down and place his hand over his ankle. His hand would glow with chakra for a moment. Once the blood stopped flowing he would stand back up.