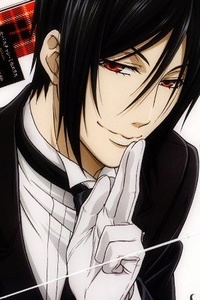 Raizuko what the Kazekage would say. It was actually quite true what the man had said. Even his jounin rank was just a title. He was sure that if a Genin that was a expert in line of battle could be him in a battle. Upon hearing what the man said about his father he would shake his head and bounce his shoulders and say "I don't really know. Though, I would suggest for the time being that not many ninja leave the village unless they have an escort. Even those who are of higher rank than myself. This should be in effect until I at least capture him. I think I can locate him within the place I spoke if. If you want I could show you how." said Raizuko as he thought about the branches within his dimension and how they could be use to locate the people he has been around for a long time.

Hearing his reply to his question about Raizuko's father, Koroshi would nod. It is good that the two are on the same page about keeping people safe by having them travel in pairs or with some sort of escort "I was thinking the same thing, with the Jounin exams going on I think it would be best if we all traveled as a group. Will you be wanting to watch, or would you rather hold down the fort here?" Koroshi would say as the Jounin exams has been on his mind, he has not doubt that most of the ninja of Suna will be wanting to watch and cheer on their fellow ninja during the exams. He will however have to make sure that the village is still protected, and that missions are still being completed while this is going on as well.  As for the rest of what Raizuko has said, about his father and him wanting to find him, and wanting to show Koroshi his way to track him he would think about this for a moment before replying "As for your father I know how you must feel, and how you want to be the one to bring him to justice, however it might be better if we include other jounin on this mission, or even myself. I do not doubt your strength or your resolve in the slightest, but when dealing with high ranking missing ninja I would rather be on the safe said to avoid any casualties, as we do not know what kind of connections he might have." Koroshi says to inform him on his view of him wanting to be the one to capture his father, as well as Koroshi saying how he would rather the situation be handled. He is not wanting to remove Raizuko form the mission, as that would not be fair to him, but he also would not wan any harm to come to him as his father is a mystery, and could be working with others for all they know. After giving it a moment to allow this to sink in Koroshi would continue "I would be interested in seeing how you would track him however as we may be able to use your power to aid Suna in future missions, or to protect those that have taken leave from the village"

Raizuko would nod. Listening to everything his leader had to say before himself replied. Truth be told what the man said sounded quite good. If he did fight his father who to say he wouldn't freeze up allowing his father to get a lucky hit in. Though, he couldn't let his emotions get in his way. If his dad was really a threat to the village he needed to handle him himself. Which meant that he needed to go through a lot of rigorous training. Maybe even some training to hone his abilities with Hikariton more. Maybe even with enough training he could convert darkness into light. Maybe he could try to perform this ability now. He didn't have anything else to do and from what it looked like the Kazekage seemed kinda bored. Walking away from the man roughly 5 feet he would come to sit on a sand boulder with a grunt as he closed his eyes and began to meditate, visualizing the Hikariton chakra around him.

While meditating he would begin to answer Koroshi's questions."I don't really know how I would be of importance at the Jounin exams. It would be better if I protected the village. Though, I don't have ways to contact you if something does indeed happen. As for my father, maybe I should bring along other people with me. Though, hopefully if it is okay with you. Could I be sent a letter of some sort of the people you will send with me for the mission. Just want to get to meet them. "said Raizuko with his eyes still closed.

Hearing the jounin words Koroshi nods, it was mainly just an offer to see if he wanted to watch the fights, see possible people that may get the same rank as him, or possible cheer on one of his students. As far the safety of Suna Koroshi isn't too worried about it being that before he leaves he will finish up on the seals needed to summon him back whenever needed, however even if Koroshi didn't have that he feels as though his Dust members would be able to take care of any and all threats that might challenge Suna in his stead. Next with his mention of wanting to meet the people he chooses to go on this mission with him Koroshi sees this as a reasonable request, being that those shinobi will be fighting along side him and watching each others back on a dangerous mission, it would be very strange if they have not at least met one time before going out on the mission.

"Very well, I was mainly putting that as an option to you, should you wish to cheer on any students or if you wanted to see who would be joining you in the rank of Jounin. Just so you know even after they get that rank I will be having them tag along with already known Jounin on missions, so you may be partnered with one of the winners. As for your request I am in full agreement with you getting to know the people I pick to join you on this mission, it is only natural to get to know allies that will be watching your back when hunting down a dangerous criminal" Koroshi says while looking at the man who is currently trying to get in some meditation after their spar

Raizuko would nod seeing as that was all he needed to hear. Looking down at his torn clothing and the clothing of the Kazekage himself, he would let out a smirk. Walking away from the man he would say "Well Koroshi I am off. Be sure to send that letter when you can" and with that Raizuko had left. Planning to train even more as he had hoped to face the Kazekage in a spar once again.