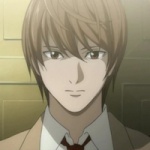 Shimada realize that he cut the boy on his shoulder but the boy wasn't giving up shimada fell something hit his face and it was the boy's fist,But shimada went back at him with a blow of his own he threw a punch at the boy aiming at his face with a kick coming behind the punch shimada knew that he couldn't dodge both so he had to get hit by one of the blows.
But that wasn't the only thing that shimada did to the boy he had his sword still and his hand. so if he dodge both of the blows shimada will cut his on his chest "I'm going to get you" shimada said as he threw the punch and kick also with the sword and his right hand while that left hand was ready to punch or get block.

Shimada knew that he had this and the bag cause if he block the kick or the punch shimada was still going to cut him on the chest with his sword." This is going to be great" shimada was thinking and his mind "got him were I want him to be confused with all the blows,Shimada knew that he was going to get the boy for once. With the kick and a blow of his own, But the only thing that was bad the sword was going to still cut the boy on his chest cause shimada set that like just and case the boy dodge his kick and punch.

"It seem that this was the smartest thing that I had did which I did smarter but this seem to be the most greatest thing ever" Shimada said and his mind .

Hideki felt his fist connect with something fleshy once more which made him burst out laughing. He hadn't put any power into it however, he was just playing with his opponent. Noticing that the boy had already begun to strike back, he immediately sent one hand towards the kunai that was lodged in his shoulder and tugged on it; freeing it from it's position. He held it in a reversed position so he could easily counter the moves the boy laid out. Hideki watched as a fist came spiraling to his face, which he ducked from with little worry. Then seeing a foot was also coming towards him in the form of a kick, it took him a little time but Hideki used his arm to parry that blow, feeling almost nothing when the flesh of his opponent's leg struck against it so he was able to keep his balance with ease, standing back up from his crouch after he had blocked to the two taijutsu moves.

However, for the cherry on top, he saw that his opponent was going to try and use his sword to cut his chest open. Bursting out into laughter once more, he immediately lifted his hand up that held the kunai. The kunai and the sword locked, but it was obvious that Hideki would win the gridlock as he was the stronger of the two. That is, if he was going to let them finish it, which he was not. After a few seconds of clashing with their weapons, Hideki tried to break the gridlock by sending his fist to the boy's face.

Shimada seen the boy pulling out the kunai and he dodged all shimada moves and that was his plan shimada then tried to cut the boy chest open with the sword but he was to fast, The young boy putted the kunai and the sword trying to stop shimada swing then he tried to punch shimada to break to fight with the weapons.
Shimada seen the punch coming at him but he was to busy fighting with the sword "I guess i'm got to take this punch but i'm not giving up" Shimada knew that he was going to take the punch when he felled the punch hit his face shimada then threw a punch at the boy before he hit the ground " I hope that stop the kid" Shimada said as he threw the punch at the fast boy.

It was obvious that the kid was fast cause he block all of shimada blows but with this blow shimada knew that he was going to get a lick off the boy.

The strength in the arm Hideki was using to parry the blade was not faltering, which was a good sign on his part. He kept a steady progression until he felt his fist impact it's designated target; grinning as he watched the boy fall down and get out from the gridlock. He didn't bother to attack as his opponent was falling since he knew he would not need to in this fight. Instead, he just licked his lips silently. Anticipating the impact of the boy falling to the ground; but something knocked Hideki off guard. Shimada had decided to punch him as he fell. He wasn't expecting this so he had to no time to dodge, the fist hitting his leg a little which made his posture slacken a little, but not too much. He was still standing on both feet however. "It's about time you start fighting like a decent bloke!" Hideki said through his wide grin, pulling one foot up and sending it to a stamp to his opponent's head, going slow so he can dodge it since Hideki didn't want to murder a boy in the training grounds.

Shimada then roll out the way with his sword and a tight grip and his hand " Okay now you should fill pain" Shimada said with a grin on his face, He then hopped and the air and he did a back filp to stick the landing " Now I got you were I want you to be" Shimada then ran up to the boy trying to aim for his leg since shimada knew that was his weak spot from the low kick,And the punch shimada had this guy with his sword and his hand shimada then tried to cut the boy leg from his intelligence read that was the best spot to get him at since he is fast.

Umarekuru walked to the training grounds, fastening his shinen on as he got to the top of the hill. As he got there he saw an heated battle between to sand shinobi. He did not know who was winning, but he was enjoying this. As he sat there and waited to see who's move would win, his mouth said otherwise." hey can i join this looks like so much fun," he said as he finished fastening his guantlets and boots on.

Hideki chuckled as he heard what his opponent was saying. His opponent had fooled himself into believing that he had Hideki in the palm of his hand, but it was the other way around. He watched as his foe rolled away with his sword still; so he still wanted to get violent, huh? No need for Hideki to bring out his own, he'd just show the boy pain. A lot of it. Watching simply as the boy had decided to get back up and charge at Hideki, it seemed a lot like his other technique that had also failed on him, but Hideki wouldn't complain if it allowed him an easy win. Watching as the boy progressed and got ready to cut his leg, he wasted no time. He tried to slam the back of his hand into the wrist of his opponent's, the wrist that was holding onto the weapon, after he had done this to create an opening, Hideki shot his fist straight out to the face of Shimada, this time with some power in it. It would be difficult for Shimada to dodge since Hideki was more than five times his speed.

With his sword and his hand running at the boy and he is coming with his fist shimada knew that this was going to get ugly but both of them would come out bleeding from this one cause the boy was runing at him with his fist and shimada then turned his sword from his leg to the boy chest that it so when the boy punch shimada he would run into shimada sword.

" Now you is going to pay" Shimada said as he was still running at hideki.

Umarekuru did not know if the other one was trying to kill him or not but he knew that this was not a spar. Umarekuru quickly performed the handsigns for his bullet rush, launching all of the arrows at the boy standing there preparing to counter the one with the sword," i do not know what kind of weird sparring you two are doing but this needs to end now," he said shooting the last of his arrows going into his stance," if you want to fight someone then fight me, of course if you can touch me," he said as he activated his byakugan..

Range: 25 feet around the user
Duration: One post
Appearance: Arrow like bursts of wind
Effect:
After gathering an orb of chakra to their palm, they point it towards
an enemy. The orb will split into 25 smaller arrow like projectiles
which dart forwards (at great speed for the rank) in the direction that
the palm is pointing in waves of 5 at a time. Their piercing ability is
greater than average projectiles.

He ran happily into the sword since he knew it would do nothing to him, letting it go straight through his chest and stick there, stuck within his bones and unable to be dislodged at this point in time. His fist struck the boy with force, breaking his nose in a flurry of blood. But something was off. He heard the whistling of something; was it a wind jutsu? Hideki immediately spun around but kept the body of Shimada in front of him, using him as a human shield as the wind bullets progressed. Finally seeing the boy that had done it, it was a Hyuuga. "I didn't sign up to fight someone with fucked up eyes! You can't even fight people one-on-one, no, you have to try and KILL them! And well done, because you've probably killed Shimada now, you retard!"