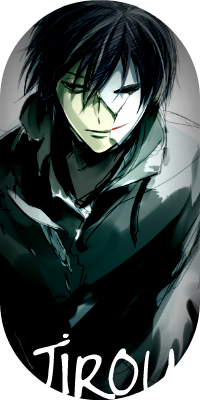 Survived 2021
You've completed the Christmas Event of 2021 and qualified for the last reward, by partisan you are awarded this fancy badge!
Ryo : 116700

Thus far, the visit to the village had been more pleasant than he had expected. Although Joski wasn't particularly educated on the nature of such a large settlement, he had heard plenty of recounting experiences from within the major villages that dot the nation. Stories of peace, and chaos. Of heartfelt dedication, and backstabbing betrayal. Perhaps these stories had been a little exaggerated as Joski had only had a rather mundane experience. With nothing identifying Joski as anything more than an average citizen, he had very few issues roaming the city and even having taken a trip to the Archive. While the library was impressive, he had been informed that the more detailed information he had sought was locked behind privileged access within the village. Despite this setback, it had offered Joski a small insight into what he was searching for: evidently, the recognition of these strange manifestations were not the same for everyone and were called "bloodlines". There were a fair few number of them as well and while Joski managed to learn the names of some of the more prolific clans attached to the bloodlines, everything in greater detail was only accessible by ranking members of the village shinobi. This meant, if he was to learn anything about his own bloodlines, he was either going to have to cozy up to someone with the appropriate rank and get them to access the information for him or he was going to have to seek out a third source willing to get the information for him. Perhaps even with a fee attached. Thankfully, Joski had no shortage of Ryo thanks to all the work he had done not long ago.

Luckily, there was a well-known clinic through which a man simply known as "Dr. T" ran an independent practice that sold information on medical practices, as well as placable seals called Fuinjutsu- another facet of information that had been learned in his trip to the library. Granted, he knew very little about the particulars, but it seemed heavily emphasized as a tool that shinobi use to protect themselves. The revelation of the usefulness of these tools and the potential availability of information had prompted Joski to linger outside of the sizable clinic for near an hour, his mask having been removed and placed within his pack while Joski enjoyed a bit of lunch as he mulled over his approach. "There would be little reason for this Doctor to take much interest in me- as such, no real reason to start off the bat with a lie. Still, best to be as transient as possible."

Crumpling the wrapper to his burger, he'd toss the refuse in an open bin that rested on the same wall he had been leaning against and kicked up from his spot to cross the street and push his way into the clinic, a small chime sounding when he pushed open the door to alert whoever might be working there that someone had entered the building. Given the size of the place, most anyone within would be caught with the unique sense of the spirit that Joski seemed to have found himself with. Nonetheless, he'd step inside the waiting room with the tanned couches and flicked his eyes over to the radio that would be speaking on some sort of local event; a tournament of some sort. The caster would mention a few names that Joski had no way to recognize, but it still would provide a nice idle background to the clinic that didn't exactly seem slammed for business. "Hey doc, you home?" Joski would call out as he moved into the waiting room, stuffing his hands in his pockets as he cast his eyes on the furniture in the room.