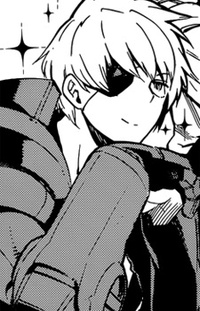 Challenges: -
Task: With the numerous changes in the political landscape across your country, nobles from all over have decided to survey the changing climate of their country in person. They've hired some shinobi to keep watch over them on the small chance that something just so happens to go wrong on their travels...

The sea breeze blew on the island country, a large mass of islands that form one large nation. It was unique for the isolated civilizations that occupancy each island with their own politics, culture, and problems and yet still tried to seem unified in one large country led by one governing body and then defended by ninjas of Kirigakure. One of these small islands had recently gone through significant public opinion changes. The island was known as a popular stopping point for shinobi to rest on their travels to the mainland as it was a reasonable distance from Kirigakure and the mainland. However, their primary money-makers were hospitality; it depended on whether they could get visitors. Now they are asking the nobles of the island to start investing more into some other exports like farming, fishing, and trades. The nobles, the Takahashi family, were put under a lot of pressure to get it done even though they disagreed. They made a lot of money from the hospitality trade. However, after so much scrutiny, they decided to get it done.

This didn't make everyone happy. There were a lot of businesses from around and outside the country to keep investing in their hotels, casinos, and pleasure houses. The Takahashi family feared for the worst as these businesses were sometimes known to get their hand dirty to get what they wanted. So Yamato Takahashi, the head of the Takahashi family, hired some hands from Kirigakure and one vagabond due to the lack of Kiri shinobi at the current moment for some protection.

Yamato and his posse waited at the gates of Kiri for the three shinobi to meet with him. Ban, the elected head of the mission, arrived in her timely manner. "I'm Ban Hozuki, a chunin of Kirigakure." She greeted with her low intimating voice before bowing politely. The Hozuki was cautious for the others to arrive. Not only was her job on this mission, but it was also making sure that this mysterious vagabond wouldn't try anything risky. 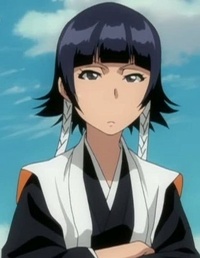 Making her way to the village gates with her new headband hanging around her neck, Wynne prepared herself mentally for her very first mission. She wasn’t sure why she was starting with a B rank mission out of gates, perhaps it had something to do with her instructor’s recommendation. She had been staying for extra credit everyday and learning as best she could, but shouldn’t she have started with a C rank? Skipping the D rank missions was understandable, as those consisted of painting walls or walking dogs. Thinking she didn’t mind doing, but tasks she could easily accomplish with her skillset. C rank missions were where she would be challenged.

But word on the street had said that Kirigakure had been having a deficit of shinobi, which meant that they were pulling in less money. Which was never a good thing. And if that was reaching the ears of genin, what other ears was it reaching? And this was something Wynne was inclined to believe, because what other reason would there be for a genin fresh out of the academy to be going on a B rank mission? Either way, she’d be on her guard as she was still relatively new to all of this, and she’d hate to die so early on in her career. Thankfully she managed to pick up a few ninja supplies yesterday, so she wasn’t completely defenseless, and she was sure the explosive tags and smoke bombs she had in her bag would come in handy.

Besides those two things, she also had kunai and shuriken, something she had trained extensively within. And the academy jutsu, not a strong repertoire for a B rank mission but it would have to do. She didn’t plan on excelling in this mission, just surviving. As long as she followed orders, she was sure she would do fine. Hopefully. As Wynne approached the gates, she noticed a short haired woman called Ban Hozuki introducing herself with a bow to the people they were supposed to be protecting. It seemed she had arrived just in time. Nodding her head towards the nobles and standing next to the woman, Wynne bowed as well before speaking. “I’m Wynne Celeste, a genin of Kirigakure.” She spoke in a much more amiable tone before waiting quietly for their next move. She didn’t really feel she was ready for such a high rank mission, but here she was. She would just have to give it her best shot.

Cole was walking through the village market, picking up a few odds and ends before the mission. He had been contacted to help a chunin and a genin complete some kind of escort mission. It was the kind of job he hated, but it paid well, and he needed the money right now. He would just have to keep his mouth shut and let the normally stupid and overly confident noble have his way. However, who knows, maybe he hit the jock pot and this guy wouldn’t be too bad, but he doubted it.


He made his way to the meeting spot, expecting to see everyone there and waiting on him, but he was surprised. He had not been that late after all, since they were just introducing themselves to each other. He could make out what the others were saying through a combination of reading their lips and hearing parts over the small crowd between them. Cole walked up and stood beside the one called Wynne. “I’m Cole” he would tell more or less the group than just the noble without bowing to anyone.

He had yet to bow his head to anyone that had not beat him in battle, and he wouldn’t start today just because this guy had title and money. After all, Cole learned a long time ago that just because you had a title didn’t mean you were someone in the world, and it definitely didn’t mean that you had money. It why he always charged upfront before the job, but since this was for one of the village, he knew that they were good for it.

Wynne and Cole arrived timely after Ban, introducing themselves to the noble as Ban did. The Hozuki, of course, took notice of Wynne and nodded, but her attention was mainly on Cole. He had a demeanor that gave little respect to the noble or the two village shinobi, rubbing the already cautious Ban the wrong way. With a gentle motion on Wynne's shoulder, the chunin placed herself in between the two. Ban glanced at the vagabond from shoe to hair with a cold gaze before turning her attention back to the noble.


"Ah! It seems you all arrived alright. I'm assuming you all know what you're doing and don't need me to bore you with details." The prince chuckled nervously, barely giving eye contact with the shinobi he hired. "The boat is ready for departure. Once we get to my island, I just need to take care of a few diplomatic errands. We'll be heading back to the island after that, where you will be dismissed from the mission." The prince gave an unformorable shrug and quickly turned to the boat and prepared for the long journey. Ban followed behind.

The island was about a 4-hour boat ride, meaning that the group would most likely not get back to Kiri until later that night. There were plenty of chances for shenanigans to happen from the boat ride there, arrival, and then the journey back. Ban was prepared for anything...even a traitorous response.

The final arrival for their three man squad was a man not of their village, by the name of Cole. Judging from how her leader interposed herself between her and Cole, it seemed Ban didn’t like him much. Understandable since the two didn’t know each other, but Wynne hoped this wouldn’t affect the future mood of the mission. She’d hate for the two to come to blows and then have to deal with protecting the noble on her lonesome. Now that type of situation would truly be above her paygrade.

After exchanging pleasantries all around, the group headed towards their boat. The trip was around four hours, so it would be a decent bit of time. Time she would have to spend on guard. Sure she was with a kunoichi of a higher rank, but it was bad manners to slack off in the first place. No, she’d do her part, even if it wouldn’t mean much since she had a ninja of much higher skills next to her. Following behind Ban, Wynne looked for a comfortable spot on the boat to sit where she could see the noble and the back of the boat. It’d be pretty hard for anyone to sneak up on them on the water to begin with, and thanks to her position, all she had to do was peer slightly to the left and she could see the majority of the view on the surface. Her side of the boat should be relatively safe. Now it was time to enjoy the journey, as much as she could.