Just another day at the beach 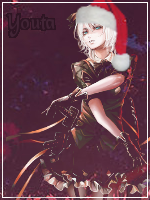 Just another day at the beach

Youta has not yet been to a beach. Well, yes, she has when she was a kid, before her parents were killed and she joined Tengakure, back when she lived in Hanshagakure out in the sea. But that's completely unrelated. Youta was now in Sunagakure and Xyxer had given her a rather specific assignment to steal the contents of their vault and their documents, if possible. There were people in the village, of course. Sunagakure was actually quite big, but either they were too used to peace and being under protection of Konoha... or something. Basically, Youta did not have any trouble avoiding the local shinobi up until now and she had already made it into their headquarters, where both her objectives were supposed to be. Just to be on the safe side she was using the chakra suppressor making her chakra signature null while she was in the village. Inside the building she would ambush some guy who looked like support personnel. With a ninjato against his throat the boy wold reveal to her the location of the vault and where the Kazekage office was. In return she would knock him out with the hilt. Information was important, but in this case the funds were the priority. Heading for the vault she would disarm and knock out the guards protecting it and take a round sum of eighty thousand ryo. Then, if she was not impeded up this point the girl would head to the office and find any valuable documents they had. After she took all that she needed, she would jump out the window and catch a flight from Cael, then disappear into the sky and the desert again. So, yeah, a vacation at a beach would be nice. From what she knew most of Tengakure's population migrated to Shimagakure for some reason and that village was supposed to have great beaches. That would be her next stop.

Re: Just another day at the beach

Re: Just another day at the beach