The Making of the Map

After taking his break, stretching, and listening keenly on both Elijah and Eliza, Musu would continue to look down periodically at the work he was doing with the map. He was definitely happy with the results and couldn't wait to do more but the Uzumaki sand jounin knew that it would be rude to not pay attention to the ninja that was right in front of him. As soon as they asked about a story, Musu would peer off into the distance, as though he was pondering some great question about the world, to Eliza it might seem as though Musu had lost his mind, or had it wonder off to someplace distant.

To Musu it was as though a moment was like hours, a minute felt like weeks as he looked back on his ninja journey with joy and sorrow.

"Hmm..." Musu would reply after about a minute of real life thought.

"When I was a teenager I wasn't part of the village system, I barely even knew of Sunagakure and was sure that it wasn't as grand and great as it clearly was. You see, I spent my childhood away from most others, living with my parents on the outskirts of the land of wind, where we hunted and traded our goods with traveling merchants.

One day, My father told me that I was supposed to go onto a great journey, and that it would lead me towards the truth. I started to travel the world but when I hit my first real challenge, defending myself against a bandit group, I wasn't prepared for their brutality. I didn't know what to do and I was sure that it was going to be the end for me. But as luck would have it, my father gave me sealed scroll, telling me to open it in my time of need. In my time of need I opened it and found myself outside sunagakure, transported through space, maybe even time itself.

There are strange forces here at work, perhaps I am still on this great Journey my father took me on, or maybe I failed. Either way. I'm here now, talking to you, and spilling my guts." The Uzumaki would conclude.

Eliza was just kind of... looking at him now. She had not expected Musu to drop something that deep and personal. Who does that? Other than a few minutes at the gate, she knew this guy for, what, 5 minutes? Was this... a normal thing people did?

I mean, maybe it is. Not like I'm very well rehearsed on what 'normal' is.

Eliza had the impuse to say 'damn' yet again, but managed to catch herself. "Gotta say. Wasn't expecting something so deep on the first date." She was smiling again, a mischevious smile. This was her way of dealing with things. Life is a game, and she is the main character. Maybe others thought the same way about it for themselves, but for her? Did any of them really matter? She knew what she wanted, and who she wanted. And, as far as she cared, haters could get fucked.

But she looked over towards Elijah, and would continue speaking. "But wouldn't you know if the journey was done?" Maybe Eliza was being a bit too... literal with it, but...

She felt like she could know when her and her brother had gone too far. When their time somewhere was done. For the better, for the worse, or when it was just bland. Boring. She was not one to settle down, and Lij?

But they were paired together basically for life, in a very strange but intriguing way. Neither of them really felt 'whole', and both were left to fill in the gaps of the other. That was their own form of love. Not transactional but...

Maybe not the most pure form of love either. 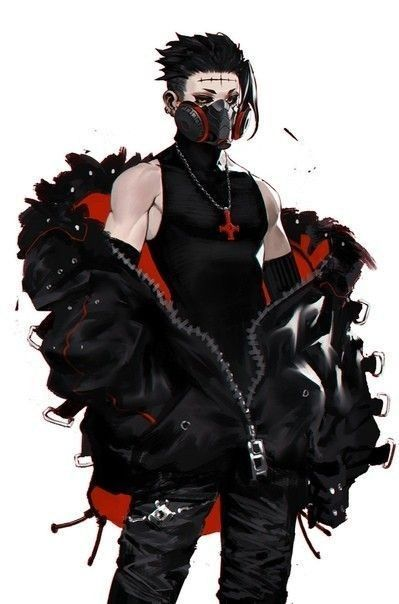 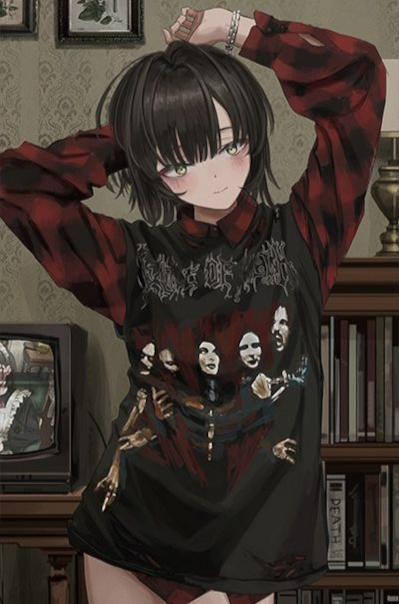 Musu blushed a bit. The Jounin wasn't really the dating type, not for lack of trying, but right now he was focused on his work. Still, the compliment was nice to hear.

"Well, thank you. I didn't realize that this was a date. If I were a ninja of social interactions I'd still be a student." Musu would say with a smile, although he couldn't stop himself from chuckling at his own joke.

"I'm a bit of an open book, almost everyone in the village knows my story and how I got here, but it's also one of the most interesting things about me. Who knows if my journey has ended, but for now I'm loyal to my village and my Kage." Musu would say, standing up for another stretch in an attempt to re-calibrate his body.

"You know what they say; its about the journey, not the destination, right? If I'm meant to see my parents again it will happen but until that day I'm going to do what I can to better myself and the people around me. I may fail one day; I'm ok with that, but that doesn't mean I shouldn't try." Musu would say as he concluded his small soliloquy.

After a Small Stretch Musu would sit back down and take out a flask from his pack. As he opened the cap, anyone watching would see steam rise from the inside as Musu took a swig.

"What about you, I'm sure you have some stories to share?" Musu would ask.

As the sun turned from midday to sunset, the two, perhaps three depending on Elijah, would continue to have a pleasant conversation while Musu continued to work on the map. The uzumaki would show them some sights that he was working on and gave the two of them a pretty good layout of the land, at least of the general attractions of Sunagakure.

After a pleasant evening, Musu would wrap of his things, head back to his apartment, and head back out to start his gate shift.