A lateral pass of the torch, NK 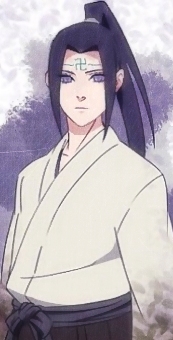 Kuniko watched and listened well to Takeshi as he began to teach him how to use the body flicker jutsu. He seemingly teleported behind Sakuragi and gave him a poke in the back. Then he dissipated entirely. Kuniko could sense a presence beneath him, but before he could raise his feet, Takeshi had reappeared before him. The tall ninja then told Kuniko  "The key is to know where you are going, focusing your chakra to that place and have your chakra move you. When using this technique, it combines your physical speed, and chakra potency, and uses the power from both to move your physical body to an extreme degree of speed. But if you don't have a destination point in mind, there's no telling where the technique will take you. So if you use this in a fight just to escape, it could take you only a few meters, if it works at all. So always make sure you know where you're going. Flicker to those rocks over there. That should be within range, even for your first time using the technique."


Kuniko was still unsure of his ability to use the jutsu after just seeing it once, but he was willing to try and give it his best. The young genin pressed his hands together to form the 'Ram' hand seal, with the rocks Takeshi was pointing at for his target. In an instant Kuniko was suddenly appeared... a few meters short of the rocks, but still he was shocked at his own progress. "Amazing..." was all Kuniko could manage in the sun's heat. 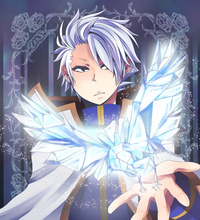 Sakuragi watched as Takeshi demonstrated the use of the flicker, he moved at instantaneous speed. He didn't have his byakugan activated so it was hard to keep track of him with his normal eyes while he moved. Sakuragi loved what he saw and he would love to do that too. Takeshi told the two hyuuga  to body flicker to some rocks which he pointed to. Sakuragi watched Kuniko tried it first, he saw him moved so fast the same way Takeshi moved instantaneously earlier. A smirk would appear on the face of the  brown skin black spiky haired,  “ now my turn”  he pressed his palms together to form the required handseal. In an instant, he was on those rocks, the boy let out a grin while looking at Kuniko and then Takeshi. The black spiky haired had learned it quite fast and the result is pretty amazing.

"That's all there is to it guys! I am so proud of you guys! Now that we know that technique, we will be able to perform so many combos!" Takeshi was happy that he had taught his fellow teammates something, and he was sure that this was going to help them in their paths to becoming great ninjas. Takeshi packed up his things and looked to his teammates and said, "You guys want some ramen? I'm buying!" Takeshi swung his arm toward the direction he was going as if to motion to his teammates where to go. Takeshi thought that after training together, there was no better way to bond than to eat together.

After successfully using the body flicker jutsu, Kuniko lifted himself off the ground. Whole he did managed to use the jutsu, he did show up a little short of his target and fell to the dirt. Kuniko placed his hands together to form the tiger seal and preformed he chakra cleanse jutsu to clean off his clothes. His long hair rose from the jutsu, as all the dust and grime was flung from his body into the air.

After all of his training, Kuniko was famished. Upon hearing Takeshi's offer to pay for his ramen, the young genin smiled brightly and closed his eyes in relief. He walked closer to where Takeshi was and bowed his head before. "Thank you for the offer. I gladly accept. let us depart immediately." He turned towards his other teammate, Sakragi, and would kindly wait for his other companion to leave with them.

Sakuagi Succesfully used the body flicker technique. The boy would jump off the rock and land safely to the ground. He was glad he was able to learn tech so quickly and easily, so did his teammate, kuniko. The two have now learn the body flicker jutsu . Sakuragi would thank Kuniko and Takeshi for the time spent together in the training session. The brown skin  hyuuga would leave the training ground and head home.