Name: Nameless. Moniker: Legion.
Race: He is many souls that have no one specific race, the closest he can be considered as is a Demon.
Age: Various.
Name of Fighting Style: Dark force Arts.
https://2img.net/h/i9.photobucket.com/albums/a96/Donjulius/nameless-2.png" alt=""/>
Apperance: There have not been many to have seen the true face of Nameless and lived to tell the tale. His body is covered in a shroud like armor completely composed of sentient DarkForce. Some say that the suit is a part of him others say it is merely an extension of his powers used to house the number of souls that composes Nameless. It usually appears black or red and covers his body from head to toe. The suit being living changes slightly in appearance depending upon how he or it feels from time to time. The largest changes usually being the masks appearance that sometimes bares a viscous maw and other times completely covers the mouth and face. Nameless himself is a rather large individual standing at 7ft tall and over 325lbs of solid muscle. Darkness seems to gravitate to him however so it is very hard to tell how large or tall he is in the mist of opaqueness that shrouds the area he is in. It is said that much of his body is infused with DarkForce energy.

Personality: Being the result of several of the most evil souls to exist Nameless is a psychopath and an omnicidal sadist. It is said the original vessel had a troubled childhood he killed his grandmother by pushing her down a flight of stairs and tortured his mother's dog. His mother then tried to kill him, and was apparently beaten to the brink of death by his father, who received no defense from him during his trial. As an orphan, he was sent to the St. Lukes Home for Boys, where his antisocial behavior made him the target of abuse from both the other orphans and the staff. He eventually gained revenge by murdering the disciplinarian administrator, pushing a girl who refused to date him in front of a moving bus, and burning down the orphanage. It was during his brutal years at St. Lukes that he acquired his philosophy that life was essentially meaningless and futile, that "laws are only words", and came to see the spreading of chaos through random, unpatterned bloodshed as "the ultimate freedom.
—Main Power:Telepathy-is the ability to communicate information from one mind to another by extrasensory means. This can range from the traditional reading of minds to the implanting of memories into the minds of others. The distance for a telepath's influence to exist depends greatly and varies according to the ability of the wielder. Telepathy could also allow the user to induce addiction, or project thought-wave "static" into the minds of those who try to invade their own or another's mind. Advanced telepaths could possibly exercise a large multitute of abilities branching from a high skill in their own. Persuasion, Dream Manipulation, Astral Projection, Possession, Induced Hallucinations, Mental Might to Physical Might,  and Psionic Attack are all examples of what a skilled telepath could be capable of doing with their ability.

—Main Power:DarkForce-Darkforce is the name given to a negative energy drawn from a dimension near our own. Some mutants can tap into this energy naturally, while others may learn to call it up magically. Like other negative energies, Darkforce is easy to learn but hard to control. Those who can access Darkforce typically summon the dark matter of the Darkforce dimension. It appears in this dimension as darkness, but with varying consistencies. A weak field of Darkforce looks like a dark mist or shadow and can become camouflage, intimidation, or a smokescreen. A medium field behaves like a thick liquid and can impede or encase an opponent. A strong field, for most purposes, acts like a solid that can form shapes or carry things. Umbrakenesis is the most basic of the Darkforce powers being the ability to use dark force energy to extinguish visible light and surround oneself or others in darkness and shadow. One with this power could or surround foes in pitch black space making all light in that area stifled and the person unable to see around them. One with this ability can physically control a shadow by creating them where they should. Nameless, however is the only one with full control and as such can use the more advanced usages of Dark force. Which includes, Construct Creation, Conjuring Mists that when breathed in causes one's deepest fears to be shown to them, Being able to teleport from one nearby dark area to another, Turning his own physiology and anatomy into that of a 2D Shadow, and many other applications. 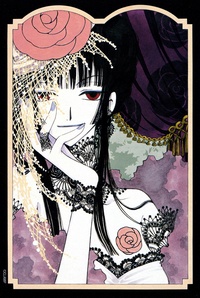