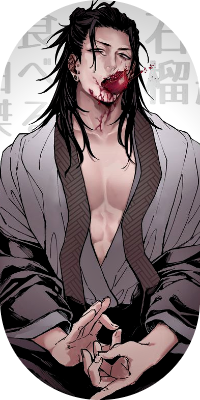 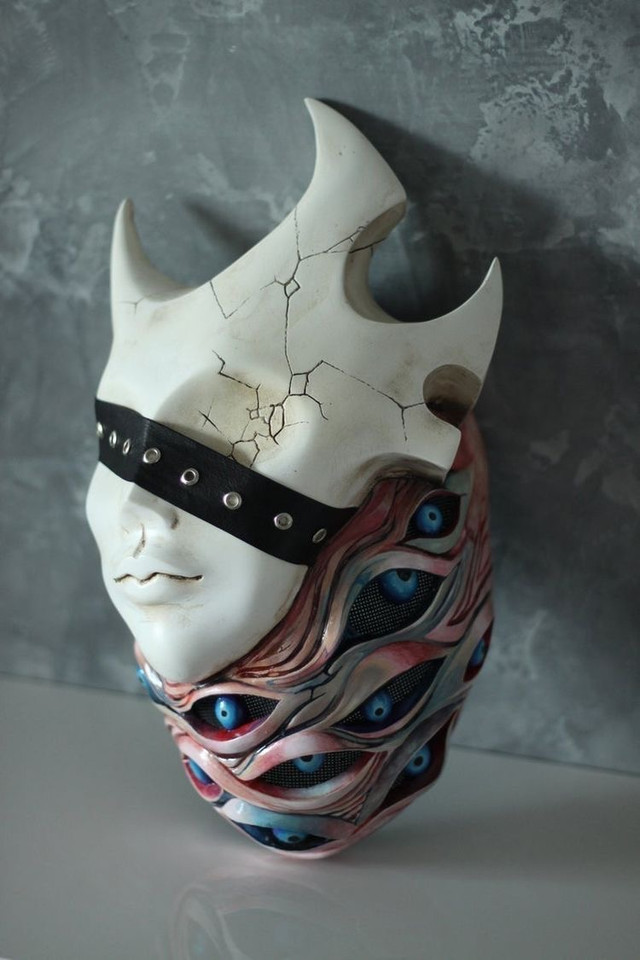 Backstory: Astaroth was fashioned by Ooetsu for Aokidanza, embodying both sides to his very nature. The side that humankind can relate to and the side that is more dark, twisted, dreadful and horrific. These are characteristics that Ooetsu highly respects.

Health: 50
Trait: Astaroth when worn connects each eye (14) to the eyes of its wearer, allowing them to evolve their peripheral view into full. Thus allowing them 270 degrees of vision. Each eye can move at the users discretion - focusing on one thing, to focusing on a number of them at once as if seeing it with his own two eyes naturally. While wearing this mask the wearers voice is distorted, making them sound as if there was two entities speaking at once, sounding like a demon.