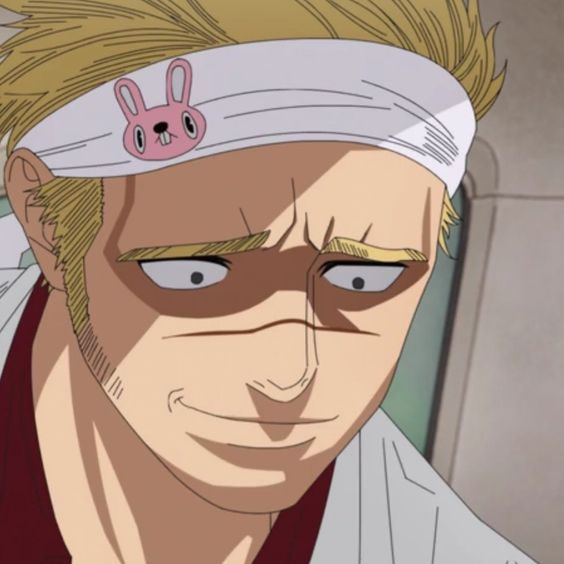 Height: 5'7
Weight: 130 lbs
Appearance:
Young adult that appears with a turbaned face more often than not. He has slits enough for his brown eyes, drained, puffy undereyes, the surrounding skin pale. The bridge of his nose is slightly crooked to the left side. His hair is blonde, has slight sideburns and a beard that is mostly left down to unnoticeable stubble unless it catches the light.
His build is compact, slim and not overly impressive, one wouldn't expect much of him in terms of physical prowess. He however does have a few bumps and scars where previous fractures and cuts have left their mark, but they blend well on the pale canvas.
Personality:
An idealist in many ways, foregoes practical approaches and is emotionally driven. Has good moral upbringing but does draw it in the middle as he does not believe in inherent good. Does not take himself too seriously, laughs and jokes, sometimes a bit too much. For him to become serious, he has to be struck down with reality, at which point he becomes skittish and overly cautious.

History:
Iesu was classically physically trained, and raised to be accustomed to a ninja lifestyle. His parents are both Chunin for Sunagakure, brave but not overachieving. However they raised him on their ideals, instilling strong morals and a general respect to authority. He was on the fast track to being a ninja, enrolling and passing the ninja academy young at the age of 9. His academy years were the best of his life thus far, he was always surrounded with people who looked up to him. He was the first to catch onto techniques and always passed his exams. But this momentum slowed down in his genin years.

What's the rush? Iesu let his natural aptitude carry him in mediocracy until his late teens. And now he has snapped out of it, apparently wishing to continue past this point he's gotten bored of. Time to work to become a chunin, undertake important assignments, and have some responsibility. He wishes to surpass his parents, and does not plan to take a break this time.

Other Characters: None
Faceclaim Name and Series: torajiro way of the househusband
Roleplay Sample:
Joe foresaw a caravan's arrival before sundown. They were waiting on the far outskirts of town, deciding it best to engage one on the tails end of a journey. He looked among his troops; they sat camoflauged in bushes, a kunai hanging off a finger just so they need not reach for it when a target approached. He held the high ground, wedging himself between two branches that sprouted out diagonally from a point 20 feet up on a tree. It was planned for Joe to make the first move, cause confusion and create an opening for the others.
Down the awaited road, two men enter his vision before an actual caravan appeared behind them. They had eyes on the town and were a few paces ahead of the rest of their group. One was visibly armed, dark haired, and the other bald and empty handed, but both wore leathers of quality one could expect from mercenary warriors. Joe drew his own blade to match the brunette's, waited and upon 20 yards of their proximity, pulled a kunai with explosive tag attached from his pouch, channeling chakra to it, readying its ignition.
He took a deep breath, eyed a point about twelve meters ahead of them on the road, and moved apart leaves and smaller branches to make some room for his swing. He sent the kunai tip-first, and prepared a one hand seal. The speed was precision was impressive, the two mercs only heard the swoosh of air, had time to take a step backward and came the blast. The sound was deafening to the two ninja, and startling to Joe and his troupe. A plume of smoke was left after the fiery initial explosion. The two guards jumped backwards, the unarmed one now brandishing a tanto which was pulled before Joe could see from where.
They were somewhat ready. Strange, I will not underestimate them. Joe drew another hand to his pouch, came up with three shuriken in the indents of his fingers and let them fly in an attempt to capitalize on the initial shock. They were well aimed, aimed at the mid-body of the baldy, and then he leapt down from his tree, gutturally announcing his drop, "Grruh!"
Three of Joe's mates sulked from the bushes on the other side of the road. The strongest lifted his Uchigatana, and turned it so the flat blunt side was sent to connect with the guard swordsman's head. He stumbled off to one side, and then onto one knee, still grasping his sword. But still aiming to not be an easy target, the swordsman swung back in a turning side-swipe at his assailant. The bald man however, looked to be stationary yet observant of the surrounding, his only movement was to yank back on his comrade's arm, pulling him back from his counterattack and with him as he disengaged maybe a dozen meters closer to the caravan.
The bald man spoke, as if they were familiar words, "There's no need for this to continue, we are outmatched and no life is worth a few stores of grain." Words of their surrender followed, their weapons dropped and their manhood questioned. Before dark, Joe and his squad left the caravan naked with little casualty, and slunk back into the woods. It took some convincing to keep his men from tossing the caravan upside down in search of hidden away goods, but he promised his men a bigger caravan and more action in the coming days; and with that, they were content.

The roleplay sample alludes to a missing ninja rather than a village shinobi like Iesu, but it is otherwise well written. It should be fine.

I would love to see a couple more sentences in appearance, and that's it before approval.

I added to the appearance. didn't know that the RP sample had to be as the same character, sorry for the confusion