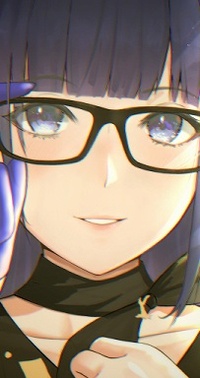 Challenges: N/A
Task: An old villager needs help carrying around their groceries from the market to their home. Follow the villager around to the various shops they need to go to and carry their wares to their home to receive your reward.

Challenges: -
Task: A local massage parlor is suspected of being a front for a black market operation for stolen cadavers. Without tipping off the owners, investigate the area and see if you can gather any information, and report back with what you find out.

Following a copious number of new years' resolutions that may or may not have been overbearing on her own end, Moeri has opted to start things off by assisting in her village's productivity particularly in the military field. And what better way to provide assistance with that then by doing the lowest-line missions that Kumogakure has to offer? Regardless of the effort being output versus the ambition, the Raiten'no finds herself embarking upon a particular task as of today's events -- helping out the elderly with carrying groceries and such. Having gotten up at eight sharp for this particular occasion, she prepared herself ahead of time both physically & mentally.

Given her ample physical advantages as a kunoichi, there's no doubt in her mind that this will be a piece of cake. It's the mental aspect of things that she has to bear with - considering she'll be spending a decent amount of time with an arguable stranger. Arriving in a black off-the-shoulder top covered by a white tank top alongside a white pair of leggings, black shoes and a standard issue kunai pouch latched upon her left hip, she's dressed lightly for this occasion. Her treck through the common shopping area takes her to the elder in question that she'll be helping today - Miss Akeno.

Up until this point, Miss Akeno had been stubbornly handling her shopping on her lonesome for months now, to an extent that the locals caught on and began to seek out aid - resulting in this particular job. While it isn't an uncommon occurrence it's still no less saddening to see it occur with so many elders. Hunched over with a wooden cane, her hair tied into a bun of greys and blacks and enough facial wrinkles to put a scrunched-up pug's face to shame, Miss Akeno quivers in impatient wait, squinty eyes cast in Moeri's direction as she gets decently close. "Miss, are you.. my assistant for today?" It's a short inquiry, one responded to by Moeri with an affirming bob of her head.

"That I am, miss Akeno." A deep bow is presented, something that Moeri's admittedly accustomed to receiving rather than providing. It precedes a short question.
"Shall we get started?" There's a light giggle on the older lady's behalf before she slowly turns her body. "Yes-- yes. Right this way, little lady. Try to keep up..." She jests, in a saunter that kickstarts the rest of a long several hours. She's lead to the supermarket first, where Moeri fetches item to item - mostly an assortment of vegetables such as cabbage, an eggplant and tomatoes just to name a few. Given Ms. Akeno had already prepared a list, it was an easy part of the job to take care of.

Heading to the clinic came next, with Moeri helping her buy some pain meds as well as various ointments & creams, mainly to assist with 'anti-aging' proccess'. Finishing up with picking both of those up, Moeri trecks back to Ms. Akeno's home with her, handling the assortment of foods & medicines responsibly into her home.

Thanked for her efforts and dismissed, Moeri crosses off a mental note in her head before she tucks her hand into her kunai pouch on her way down the street from the lady's home. Contrary to the initial intent the accessory may have conveyed, she's equipped it today for the sole purpose of carrying her mission scrolls. With the shopping one already signed off by Ms. Akeno, all she had left was a mission that was fortunately -- already near where she's currently at. Rather than taking her time though, the Raiten'no bounds from the earth below, ascending skyward.

She lands upon the fencing of one of the residences, lightly jogging along it before bounding off further upon reaching its end. Moeri departs from the residential premises and deeper into the economic district that she was in before about fifteen minutes prior. Moeri frequently shifts her attention upon the mission scroll, scoping out the area for the name of the business establishment that she has to look into. As to be expected with Kumogakure's culture, businesses as faulty as some of its preferred nature pop up very frequently. This time around it's a massage parlor that's been presumed to have affiliation with the black market.

"Rot Reprievers. . . no wonder they're suspected to be up to no good." Moeri mutters - rounding the corner of a particularly busy street and slipping off into one of the side ones. She heads down the route to enter another side street - eventually spotting the building that she's searching for. Slipping the scroll away and heading along, Moeri enters the massage parlor, being welcomed to an assortment of earthy scents and a brunette, male receptionist propped behind an oakwood desk in an otherwise relatively bright, white room. Given she's here with the express intent to not make it clear she's looking into things officially, Moeri does her best to seem like a customer.

Complete with utilizing the most deceptive persona she can adopt. Raising her finger to her mouth and pressing the tip of it to her lower lip, Moeri leans forth partially and speaks up after a brief clear of her throat. "-- Uhm. Do you guys happen to accept walk-ins? It doesn't seem like there's lots of people here. . ." Her stare traces the parlor, which does in fact have only a few people about. Rumors work wonders to running down a business' ability to operate functionally. A short nod is provided by the receptionist before he writes away at a scroll and provides her with instructions to wait.

So that's exactly what she does -- for ten minutes - then twenty. Fourty-five pass, and things appear to be a ruse. At the hour mark when things are starting to slow down even further, a more professional-looking individual emerges from one of the rooms down the hallway left of the entrance lobby, consuming the lobby in the distinct scent of bleach. Several hushed whispers take place and before she knows it, she's being handed a business card and told the parlor is 'closing early for the day'. From what she briefly overheard on top of that, there were 'storage issues' in the back.

Exiting with little, but relatively defining information to offer, the Raiten'no heads off on her way to report her findings, and put a close to this second mission of hers. 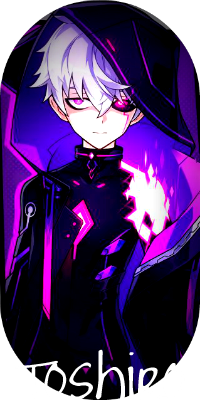