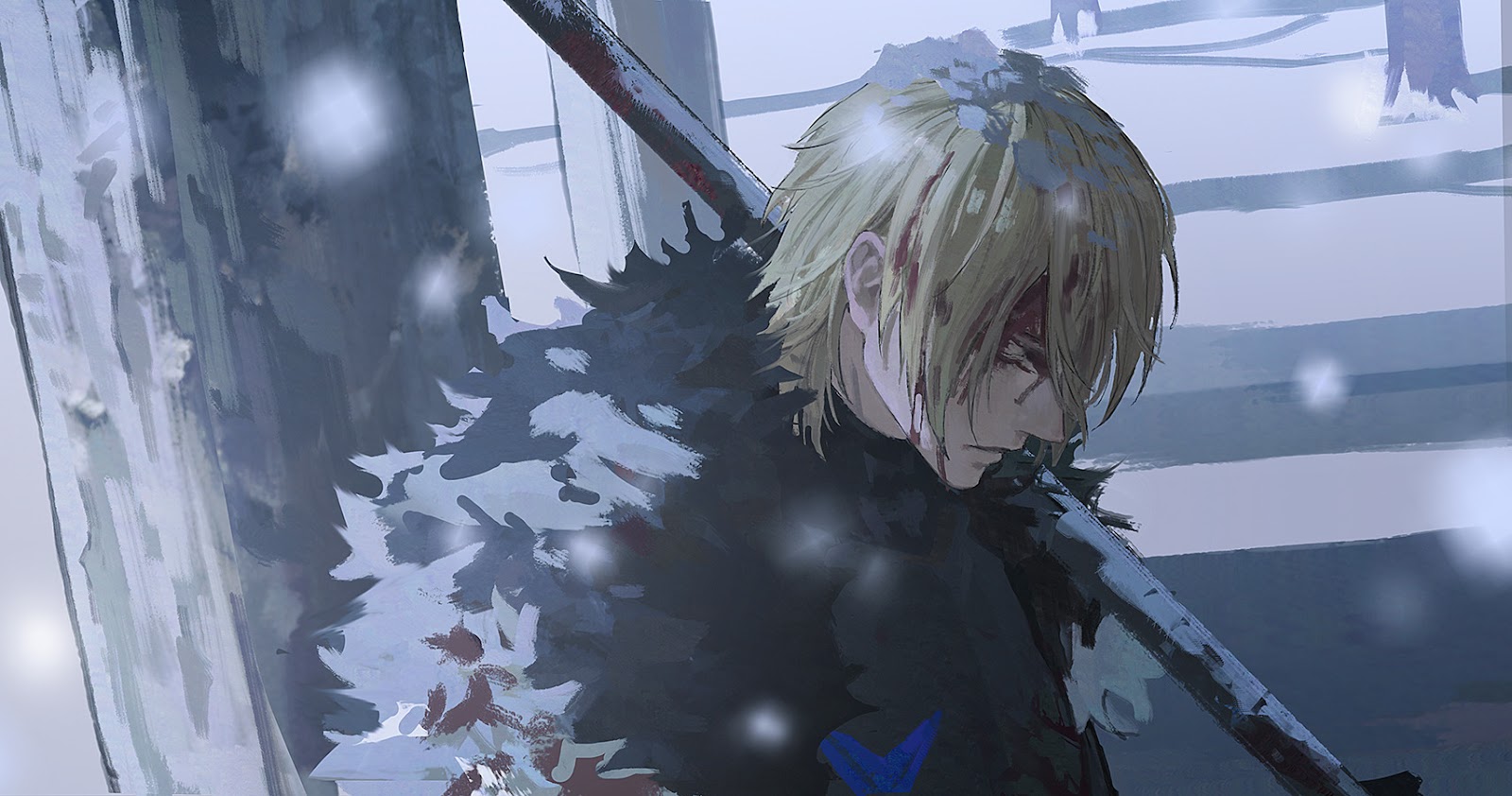 Spoiler:
Toneri's public persona is a peaceful, soft-spoken, and laid-back individual who does not take things too seriously. But to put it broadly, he is odd and has extreme difficulty interacting with others on an emotional level. And any interaction he does have with people is faked more often than not. His fake personality is charming, witty, and personable, and he has no problems performing well in shinobi work and other settings. However, he has little to no reception outside these settings and is blunt and cold. A man who struggles to identify what he is doing in his free time because what he does enjoy is hurting others.

Toneri's violent outburst comes from disgust, as seen with Morio Hoshimura and Yamato, or jealousy rage, as seen with Dusk. Toneri is described as being on the verge of tears when he fears they won’t have a good table at a restaurant and nearby had a near nervous breakdown when he realized Akaboshis cloak looked better than his own. A hypersensitive reaction to an otherwise non-violent situation.

Spoiler:
-Getting Re-acclimated - Appears, and with Natsuki and Anastasia, they participate in a series of missions around the village.
-Honouring Ancestors (IO) - Toneri and Natsuki meet again with Anastasia. Cole River, a fresh Genin, joins them, and the group is supervised by Taichi Uchiha, Ayato's companion and Nova candidate.
-Dumb & Dumber - Natsuki and Toneri Proctor the Genin Exam, taking particular interest in the two last Academy students.
-The teacher and the Watcher Natsuki teach a class at the Academy, as her brother watches from the shadows for a problematic student.
-A Conflict-ion of Bonds - Natsuki Toneri and their childhood friend Tsunayoshi open an investigation to find missing scrolls from the archives.
-A Genin plays with Dirt - Toneri makes an appearance as his sister teaches a fresh Genin in the arts of Earth Release.
-Haven City Blues - Toneri enters the business premises of Akabayashi Terumi and receives a Curse Mark in exchange for donating an organ from the Hoshi morgue.
-The Sword that Protects - Toneri and Natsuki arrived during a Nova Corps meeting between Akaboshi and Shina, breaking the news of Stein's attack and subsequent Hoshi Victory.
-Empire Business - Toneri strikes a deal with Akabayashi after sensing a viable business opportunity.

Using the memory-link ability of space-time clone to buy the following creations that the original (Ayato) knows, at half the WC cost.