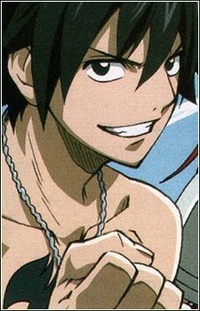 Anzo meandered along the footpaths, absent-mindedly kicking pebbles as he walked; while he enjoyed the tranquil scenery of the Grove, his mind was far too preoccupied to bother with where he was going. So he wandered, on and on, pondering. His family had moved to Sunagakure just a week ago, and since then he had barely had a chance to explore or even meet anyone in his new village, between the administration of gaining citizenship, moving their belongings and setting up in their new abode. What played on his mind was what his parents had told him only today; the reason they chose to move here over any other village were rumours of a person possessing his same condition. It frustrated him greatly, not only their decision to tell him now but the incredible vagueness with which they described this 'person.' He had virtually nothing to go off, yet nonetheless this was something that granted him an underlying sense of comfort that there was a way for him to understand what was happening to him.

Once he made the conscious decision to shut the floodgates of his mind, he could take in his surroundings to a greater extent; the vibrancy of the forest and the flowing streams provided a break from the monotony of the sand. It did him good, as the dull endless dunes left him feeling an aching longing to be back in Hoshigakure, where what he still considered to be his real life and friends remained. Still, the boy was resilient in this way and didn't let this dampen his perseverance to actually do something today. Catching someone out of the corner of his eye, Anzo stopped on the footpath, sending a further few pebbles skidding forward. He turned his head to see another shinobi, presumably his age sat by the bank of the small stream running in parallel to the path, skipping stones.

Without much hesitation and not willing to pass on the first chance for social contact he had seen in too long, he brushed his jet-black hair out of his eyes and pulled up his jacket before approaching the boy. He sat down next to him, initially without a word, and scanned the ground beside him for a moment before finding a suitable pebble. Matching his timing, he skipped his stone beside the boy's. They hopped on the water's surface in parallel, splashing and leaving a trail of ripples until Anzo's pebble was outdone at the final skip.

'Dammit', he chuckled. He turned towards him with a confident yet slightly cautious smile and stuck his hand out. 'My name's Anzo.' 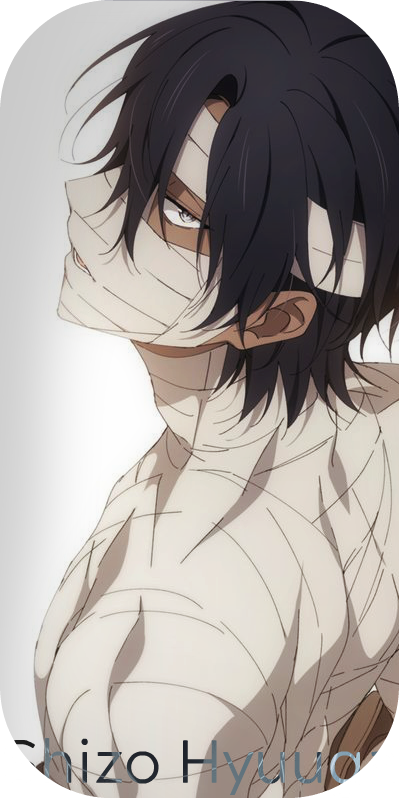 
“The life of a shinobi is a tedious but necessary one…” he said to himself, watching the rocks skip along as he threw them.


As he was skipping rocks, a boy who looked around his age with darker, long hair walked up to him. He said nothing as he picked up rocks and threw them with him.


“Some friendly competition eh...guess we’ll see who wins.” he said with a smirk.


He started throwing the stones with more force behind them making them skip farther. Stone after stone they both took turns trying to outdo each other.


“This kid is pretty good…” he was down to the last rock in his pile, he infused the rock with chakra and threw it into the stream, it skipped down the stream for what seemed like miles before finally sinking. Shizo looked over at the young man again, shaking his hand.

“Hey Anzo, my name is Shizo! You’re pretty good at skipping rocks y’know.” he says as he takes a seat on the bank next to the stream inviting Anzo to sit next to him.

'Not too bad yourself', Anzo replied sarcastically, and with his grin returning. When he shook the boy's hand it was perhaps for a moment too long as he gazed in curiosity at him, wrapped in bandages. The shinobi's eyes too were completely white and seemingly empty, something of the likes Anzo had never seen before. While intrigued, he decided it was a bit too upfront to ask him about either feature and quickly stopped speculating all the possibilities that could've ended up with him covered in bandages like that. He could wait a little.

Anzo picked up another pebble and began rolling it through his fingers while he stared at it as he spoke, turning to face Shizo when he finished his sentences.

He subtly shifted his left hand out of Shizo's view, as his eyes narrowed. He felt like his bloodline trait was creeping up on him again, and he did his best to mentally suppress it and prevent the claws extending from the nails of his left hand. It always seemed like they tended to do this in the most inconvenient of situations, sometimes on one hand, sometimes on both. It still freaked him out, but he was slowly and surely getting the hang of keeping it under lock, though he hadn't seen the worst of it yet. What he did know was that he wasn't planning to let a stranger find out.

'I've barely been here a week, but I think I've found the place for me already. It's relaxing. Thank you uhh ... whoever it was, I dunno.'

Unaware of this being the First Kazekage's creation, he wondered whether it was the result of careful cultivation over many years or someone took a shortcut with jutsu.

Shizo noticed something...off about Anzo. It seemed as if he was trying to suppress something. His movements being a little jittery at times. He kept a keen eye on his movements in case at any time his Byakugan was needed.


“Yeah! I’ve been here a little over 2 and a half weeks. This is my favorite spot to unwind when I don’t have any missions or training!” he said in a cheery tone at his new friend. “Sunagakure is a lovely village isn’t it?” He said looking up at the sky with a smile.

“I migrated here from Konoha, I feel like I actually have a future here instead of being trapped in that place. Being a Hyuuga there was terrible.” He said holding another pebble in his hand tossing it in the air and catching it. “It’s much more peaceful and quiet here for sure.”

Anzo shifted his position on the bank, kicking his legs out and reclining a little. 'So, not too different to me then! I got here a week ago.'

He seemed to ease up, as his mind relaxed and he no longer felt the all-too-familiar feeling, something that could only be described as a sort of physical yet emotional pressure, in his hand.

[Hell yeah. I'm totally getting the hang of this. Or this was a lucky one.] he thought to himself.

He admired the stream running before the pair of them, it's surface glistening as it flowed. and magnificently clear enough for him to several skipped pebbles that were lying there motionless halfway across the riverbed.

'To be honest, this is the only part of the village where I can look around and not wish I was back in Hoshigakure. Surely Konoha too was a little prettier than these endless, boring sands all around us?'

[A Hyuuga... that's a familiar name. I'm guessing being from that Clan explains his odd eyes]

'How did you end up here then, all the way from the Land of Fire?'

Anzo often did his best not to pry too much, but being forward with everything was part of his nature. Then again, he was genuinely curious about this unique shinobi sat next to him, holding a whole world of questions he could have asked.