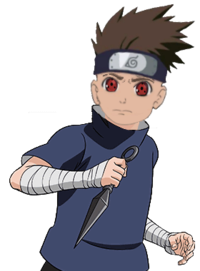 It was a normal winter morning. Cold, snowy, windy weather prevailed outside. Benji was still asleep, in full swing. He really hates getting up early, but in the cold he hates getting out of bed even more. But the alarm clock just rang this morning. Benji pressed down nervously, almost breaking the alarm clock. He raged for a 5 minutes, then got out of bed. He embedded and headed for the bathroom. He washed quickly, brushed his teeth, and then went back to his room to get dressed. He pulled on a good thick sweater and put on a thick winter coat. He put a scarf around his neck. He headed downstairs, where he was already struck by the smell of hot tea. Her mother made it, quickly poured it into a mug for himself, and set off. As he got out, he was struck by the cold weather. The wind that cut into his face almost froze his face. He sighed heavily, then sipped the hot tea from the fire. The steam from the hot tea warmed his face a little. But even so, he chattered from the cold. He knew it wouldn't be the day of his life either, but he set off on a practice path.

As the boy walked, he occasionally took 1-2 sips of hot tea. He couldn’t drink too much as it was too hot for him. He was still quite comatose. The young boy was absorbed in his thoughts. Pretty dreamy boy. He is constantly daydreaming. Even sometimes during workouts, though there he tries to empty his head. As he walked among the large crowd, he just pondered among the people. He looked at people all the way and just stared at everyone. The village was already bustling, people went back and forth. Benji is a social creature, but so early in the morning, he specifically hated the crowd. He was tired of everyone. He thought he should sleep well. That's not fair to him. As he walked, he cursed all the smiling people to himself. After a 5-10 minute walk, he got close to the practice ground. He drank the remaining little chilled tea at the bottom of the mug to the last drop. He walked over to one of the trees, hung the mug on one of the branches. He dropped the backpack at the base of the tree. He started to warm up. He did gymnastic tasks so he wouldn’t pull himself up before the workout. After he felt ready, he started training for him too. He laid out a pair of paper targets on one of the trees. He then walked a proper distance and closed his eyes. After suddenly opening his eyes, he exclaimed "SHARINGAN!" then his eyes turned bloody red with 2-2 black tomoes. There were 6 targets against him at different points. He then took out 1 piece of shuriken in his hand. He focused his chakra on his legs and then, with the help of his chakra, jumped high. He did a backflip to gain momentum and threw the shuriken. After that the formed handseals: Ram → Rat → Bird → Boar → Tiger → Ox → Tiger. Then another 5 pieces of 1 shuriken, so a total of 6 shuriken, flew in the air. The moment the boy hit the ground, the hit of the shuriken could be heard. He hit all 6 targets. He has improved his targeting a lot, perhaps due to his training, or perhaps due to the development of his Sharingan. But probably the truth is that both helped him.
- Hm.. My aim is getting better and better. I think I should show to my dad... Ohh yes, I definetly will, when he will finally at home. - he murmured sadly
He then focused his chakra towards his chest, formed the clone’s hand seals, and created 1 shadow clone. There was a huge amount of smoke that slowly flew away, and then the perfect clone appeared. The clone immediately asked what its job was. The boy said he needs to practice bare-handed fighting and want to improve his sharingan. So he called the clone to himself and they started fighting for him too.

The clone also rushed at the boy and they started the bare-handed box for him. They both took it pretty seriously, getting and giving hard punches. It was a pretty tiring workout. About half an hour passed. They were both quite tired or sweaty. Then Benji gave a beat to the clone, which made him dizzy. Benji jumped back, then began to form hand seals: Snake → Ram → Monkey → Boar → Tiger, and he blew a huge fireball out of his mouth toward the clone (Great Fireball V7). The huge fireball swallowed the dizzy clone, who was already too tired and wounded to avoid or defend against it. This was such damage to the clone that it simply disappeared and recalled. Benji panted quite a bit after he landed. He closed his eyes and by the time he opened them, he was already switching back to his normal eyes. He was too tired to use the sharingan already. Then the boy sat down for a while. He drank a little of his water, then packed his bag and headed home halfway. He had been there on the practice field for a long time, the sun was calm, it was getting dark. It was time to go home. He was very tired, so he could only move slowly. He got home in about 30 minutes, which is usually 15 minutes. By the time the boy got close to the house, he could already smell the delicate scents from the house. He was sure his mother was just cooking something for dinner. The boy became very happy from this consciousness because he loves his mother’s stew and loves to eat. It could not have been a more worthy closing of the day. He hurried to the door and went into the house.

(before you continue this, until you can actually gain a second speciality [at C rank] you cannot put words into learning it. You will need to reallocate those words to something else)