Name: Soap Bubble Ninjutsu
Element: Water
Rank: A-rank
Specialty: Ninjutsu
Special Jutsu Type: -
Backstory: An extremely versatile form of water release when the caster creates several bubbles filled with chakra blown out into the air. Originally an art for the ninja of the hidden mist, and later made famous by a rogue ninja from the same village. While unorthodox, it offers an extremely creative and versatile form of Suiton that few can predict or anticipate. It falls under the category of ‘art’ in nature to cast and how brief it can be. It is most often used by those who own a metallic bubble pipe used to cast this jutsu.

Appearance: The caster blows out various bubbles that move and flow in the air around the caster. The bubbles are easily iridescent on their own, varying in size and number based on the caster's chakra control. These bubbles are beautiful to look at, deadly to take lightly... 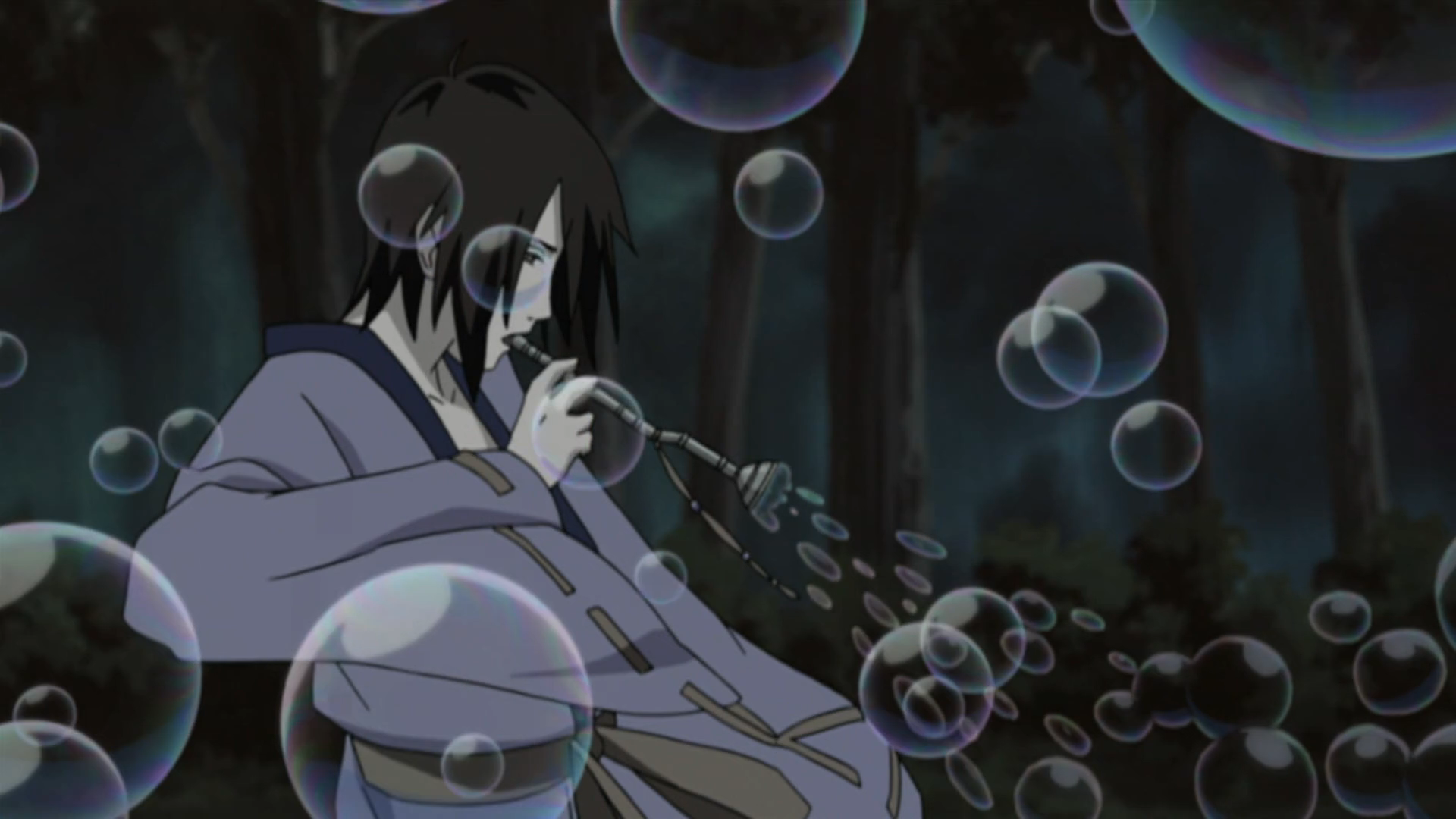 Handseals: Snake - Hare - Boar - Ox - Tiger - Seal of confrontation
Duration: 3 posts
Cooldown: Posts used +2
Range: 20-meter radius
Power: 50
Speed: 50
Health: 50
Stat Boosts: n/a
What it does: The user creates bubbles by exhaling them out of their mouth, which then floats in the air around the caster. The user can move each bubble individually, in any direction up to the technique's maximum range. The caster may create a maximum of 15 bubbles upon creation, created at the technique's speed. These bubbles can also be used as a base for other techniques.

The user can command the bubbles to pop via a one-handed seal, creating a harmless mass of water of up to 2 meters in diameter at jutsu speed. The water can be used as a medium for other water release techniques. The caster must see the bubble to trigger on his own.  Each bubble health is equal to that of the technique. If someone that is not the user breaks a bubble, whether it be with a weapon, technique, or forceful movement, the bubble will go off and release the same aforementioned water. In this instance, the user will be aware of when one of their bubbles is popped by anyone other than themselves.

If a caster has Sensory specialization, one can detect where and whom might have popped the bubbles. It allows them to be able to see ambushes, barriers, or other pursuers.

Trial Approved as per conversation on Discord.

Bumping for activity for full-mod to check please

I would like to see you take away the mental popping of bubbles and use a single handseal to pop them since there are several bubbles in the field at a time please iterate that the user needs to be at least looking at the bubble they intend to pop.

Changes made. Awaiting any other tips or fixes. BTw-- was there anyway to extend the range? Or the number of bubbles produced? Those are my only real issue with this technique I had so far, but acceptable if ironclad.

To keep it fair we are going to leave the range and amount the same - 20 meters alone is half the size of the Statue of Liberty so its a really large range.

Very well. Leave as is and please continue. Thank you

Edits made per discord discussion with the creator