Every Story has to start somewhere right? (TRAIN) 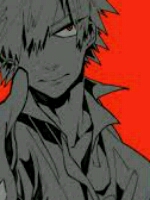 Every Story has to start somewhere right? (TRAIN)

It was a warm and muggy day where you could find Tenshi Hiyu, searching through his belongings for the book he stole from the school. It was only a small pocket book, with a sand paper texture to it. He doubted nobody would notice its absence. Once he found it he got changed into some training clothes, long black pants, white no sleeved shirt and a hat that he had taken from his dad. They needed to study cool as well as look good.

He headed to the training fields with his pocket book and on the way he found two civilian kids bullying a smaller kid. He was going to ignore it but when the bullies began punching the poor kid he couldn't stop himself from pushing them back and helping the kid up. When one of the bullies attempted to punch him from behind he ducked the blow and kneed him in the chest. This was enough to scare the other bully away and cause quite a bit of damage the other when he fell and hit his head. The kid who was being bullied thanked him then scurried off.

After that incident he eventually made it to the training grounds. He sat down under a tree and found the chapter in his book he was looking for. The clone jutsu. The textbook read, 'The clone jutsu is the technique used to create a replica of yourself to confuse an enemy. The replica is identical to the user apart from the fact that the clones are intangible and do not leave shadows, footprints or make a sound. The first step to performing this jutsu is focusing on every little detail of your looks. Once that is completed, you may go on to step two, which is drawing out your chakra as delicately as you can. The final step is performing the hand signs  ram, snake and then tiger.

Tenshi  then had his first attempt at creating a clone. He visualised himself to the tee and then began to leak his chakra out of his tenketsu whilst doing the handsigns ram, snake and tiger. The result wasn't horrible but it was too good either. In a puff of smoke, a clone of him was produced, the only differences being that the clone was slightly taller than him and the hair was blond instead of brown. Once Tenshi was done checking out the clone he went back to the textbook to see what he had done wrong.

At the bottom of the page it explained that if there was a puff of smoke he needed to channel less chakra and if the clone was slightly different he needed to focus harder on the part which was different next time. Visualising himself once again, this time paying more attention on his brown coloured hair and height. Once he was satisfied with that he began to delicately pull out his chakra, this time pulling less than last time. He then performed the 3 handseals ram, snake then tiger. This time there was no puff of smoke and an exact replica of Tenshi  was produced. Nano then did a little happy dance and picked up the text book. He then began his trek home. On the way he decided to test his clone on one of the civilians. He went around a corner and produced a clone which he then ordered to walk out and start a conversation with somebody. When the clone had began to speak to the civilian who obviously didn't like the look of him, he went to shake his hand but instead it went straight through the civilian, spooking him. Tenshi burst out in laughter and head home. Once he was home he finally went and got himself some good from the fridge. The young adolescent soon laid on his bed as he clothes his eyes.

Re: Every Story has to start somewhere right? (TRAIN)

For future reference Tenshi, while for the basic academy three  it isn't an issue since by now we all know what those are and what they entail. When you train a jutsu, include a link to the jutsu in your claims. That way staff have a quick and easy time evaluating the word count and such.