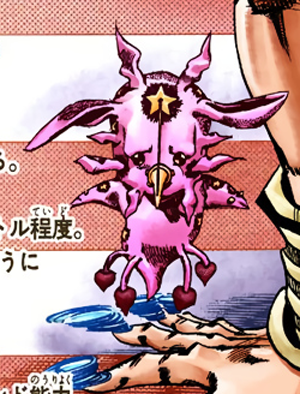 Octopus Anatomy:
Mimas consists of a head and eight functional tentacles which can be used as limbs for normal actions including but not limited to crawling, holding and throwing objects, jumping, and Taijutsu. Suction cups on its tentacles enable Mimas to grip onto surfaces (slippery or otherwise) at its Strength stat. Each of its eight tentacles carry 30 HP and its head carries 60 HP to collectively make up its total HP of 300. It has poor eyesight and instead relies on sensitive neurones in its skin to detect its surroundings by sensing movement to a maximum range of 15m on land or 30m in water (if its owner has the Sensory spec).

Mimicry:
Mimas is able to morph its body to partially or fully take on the appearance of organic and inorganic matter. It is able to achieve this with a natural biological function that does not require chakra. It can freely take the form of its owner or his clothing, or items in his inventory - mimicking their shape, smell, scent, sound, dimensions, color and texture. While making direct physical contact with other characters, it can take on the form of items in their inventory, but contact is not needed for Mimas to mimic items in its owner's inventory. While making direct contact with any entity that has a detectable chakra signature, Mimas' signature mimics that of that entity, thus making them appear to have slightly more chakra while Mimas' own is camouflaged into theirs while contact is maintained. Armor and clothing do not infringe on this contact unless they mask the user's signature. While in this state, its chakra is suppressed to 0 and the use of any techniques above E rank cancels this suppression to reveal its signature until it stops paying AP for the technique in question. Mimicking appearances does not allow Mimas to inherit traits of items or weapons, or use jutsu or skills known by those it imitates nor does it allow Mimas to be used in place of weapons to cast Bukijutsu.

Size Manipulation:
Mimas has the ability to manipulate the size of the papillae on its skin to alter its shape and size. It is able to grow as big as an elephant and shrink down to the size of a vermin. At its largest, the specimen can measure up to 4 meters, and at its smallest, it can measure no less than 7 inches. It can vary its size between these dimensions with minute adjustments once per post with a cooldown of 1. Mimas is able to stretch and shrink all eight of its functional tentacles independently within these dimensions. Its reach is always equal to half its current size to a minimum of 1 meter. Finally, it is not able to mimic the forms of objects beyond the scope of these dimensions.

For familiar with max stats discount;

Redeeming 1 A rank and 4 B rank jutsu scrolls:
Taijutsu Cloak (A)
Block (B)
Soft Wind Blowing (B)
Hundred Fists of Fury (B)
Taijutsu Puncture (B)

Saturn wrote:Redeeming 1 A rank and 4 B rank jutsu scrolls:
Taijutsu Cloak (A)
Block (B)
Soft Wind Blowing (B)
Hundred Fists of Fury (B)
Taijutsu Puncture (B)