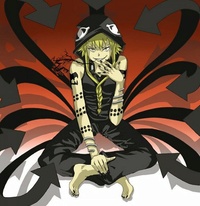 It had been a few since Hiko had arrived within the leafy village known as Konohagakure. And well…it was almost as boring as Tanbogakure. While there was the benefit granted by the events that had unfurled at the gates to the settlement within the depths of the Land of Fire, this had still struck a bit of discord within his hearts. The whole world was too peaceful…to calm. Village nin had grown too unworried and unbothered. Too peaceful. Unfortunately, the days where missing nin had a firm grip of fear over the nations were long since over. But this fact of the matter, couldn’t stand to be. Things needed to…change. Metamorphosize, if you will.

The Tau had a bit of a chaotic plan to help bring about this…age of chaos. An age where the Tau, above all, would eventually reap the most spoils of victory because for far too long had they been pushed aside and too the backburner or out to the wolves. This treatment wouldn’t stand for much longer.

Going to a relatively vacant and empty space to start the machinations to this devious and daring scheme, he’d need to be away from any prying ears. Unwanted company would be, troublesome to say the least, so it was best that would be avoided. He’d need an ally as well to help kick things off. A powerful one, with friends of equal power or even more so. Luckily, this came with what happened at the gates. The man who let him in had given Hiko the message that if assistance while within the village was ever needed, all he’d have to do was flare his chakra signature, and the man- no. Demon, would be right there. So, taking out his smoking pipe and lighting it while leaning back against a wall in some far off alleyway, that’s what the boy would do.