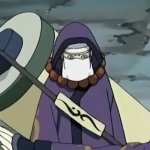 Saruga was feeling really energetic that day. He decided to head on
over to the grounds after completing an E - Rank mission. Before he was
to enter the Genin Exams, he needed a couple of things. First, he
needed to work on his Clone Jutsu. He already had the basics of it
down, but Saruga wanted to make it a little more advanced. "Hmm....how
about this." Saruga thought to himself. He walked over to an
approximately 3 foot in diameter pole. It was about 7 feet tall, and it
was placed next to a large stone. "Perfect!" he thought. Saruga
concentrated his chakra into his mind. He pulled off three handsigns, and casted 2 near perfect clones. One on the pole, and one on the rock.
"Yes!!!" he thought with excitement. "This would be a perfect battle
technique.. casting clones on an obstactle could throw off the enemy, as
they all wouldn't be in the same place.." Saruga was very happy that
he mastered this technique. He pulled the ram handsign and shouted
"Release!" as the clones poofed away into thin air. "Now, lets try
something a little different." he thought. Saruga took off running
toward the pole, and ran up it using his Tree Walking technique that he perfected.
He then propelled off of it and flipped in mid-air whilst performing
the Clone Technique handsigns. One clone was on the ground, and one
was flying right beside him in the air, as he landed on the large stone.
"Yes! Another smooth technique. I'll remember that one." he thought.


Saruga took a seat on a small rock, and thought about what
training he should do next. "In terms of chakra, I'm completely set for
the Genin exam...I have an amazing chakra level for my age and have
mastered the three basic graduating techniques. But physically...I
should train more. My strength is very low, and so is my health.
Stamina and speed could be better, but those two are the main focus." he
murmered to himself, in deep thought. Saruga stood up and walked
toward the pole. He first practiced doing pattern punches on the pole.
At first, it hurt his hand and made it bleed alot. But he shook it
off after about 300 punches, as the blood had clotted and there was
beginning to be scuffs in the wooden pole he was hitting. At first, he
didn't know if he was up to increasing his physical strength so
dramatically. But somehow, he prevailed and felt alot better
afterwards. After 500 hard punches, he stopped, and sat down on the
rock again. "Whoo...what a workout" he thought. Saruga took a look at
his bloody knuckles. He stood back up, and tried a combo pattern on the
pole. "Punch, Kick, then palm." He punched the center with force,
turned and did a side kick, then reared back and palmed the pole with
great force. "I...I can feel myself becoming stronger.." he murmured to himself. But now, its time for a more relaxing workout.

He
took a seat on the same rock as before. Saruga sat in indian style,
with his hands on his knees. Saruga began to meditate, drifting off
into a lonelier world. Even more lonely than he felt now. He began to
see himself killing another ninja, by breaking his neck. But he was
alot older then. Saruga also could feel his willpower rising, to a new
level. He felt like he was reborn, from simply sitting and thinking.
After an hour of it, he finally started to drift off into a dream world.
He was literally dreaming whilst awake. In Saruga's dream, he saw
himself riding on a giant animal, but he knew not what it was. It was a
matter of time before he crashed off of it, and landed on the ground so
scuffed you could barely make out his face. He layed there on that
hard surface for a good amount of time, before suddenly a red aura
became him. It floated around him, and circled him like it was stalking
him. Saruga woke up and the aura lifted him into the air. And it
didn't stop lifting him, he flew up into a light he saw in the sky.
Saruga didn't try to struggle the force, however, because he felt so
amazing as it was lifting him into a new life. When he entered the
light, at that moment, Saruga opened his eyes out of his meditation.
"Wow...I feel so...alive." Saruga felt like he never had before, with new power it seemed.
"Well...that's enough training for today. I've had a good, productive
practice. In fact, I feel better than I ever have. Its already 6, so I
better call it a day." he thought. Saruga picked up his bag and walked
out of the grounds, back into the village.