A Promise. {NO KILL} 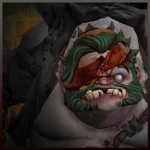 A Promise. {NO KILL}

No server limbs and or paralysis.

I will lead konoha to greatness! Or so be it i die!
This was Kenal's Promise...What could he do...What if he failed and didn't have a place to lay back on. Would he be hated for failure..Is he even hated now? There is no way.. "A 9 year old like me..Can hold position of Hokage.. Even so Kenal had more thoughts...Everyone smiled..And all the kage's talked to each other with jokes and no anger. Kenal stood up slowly, Grabbing his leg as he did so. He turned to a dummy and began. BUT this dummy was special. When hit it would spin. And try to attack the attacker. And different parts would spin too. Kenal ran forward and jumped. Leaping over and placing his palm on the head of the dummy. And catching himself near the back. Kenal Slammed his arm on the dummy's shoulder and leaped.
Kenal watched. With that the leg poles turned. 260 Degrees and stopped. Kenal ran forward, And went straight to kick at the dummy from the hip. Kenal then jumped on one of the wood poles on the side. Hanging out ontop of it as the level right below span. Kenal had thought this would be a challenge...Somehow it wasnt because it showed no tricks..It diddnt do anything special..Kenal then closed his eyes..He saw things ..His dads funeral..His uncle easily knocking him out.. Why him..How was he most loyal...Kenal knocked himself on his head. As leaves flew on by. The sky at sunrise. And the simple perfect taste in the air.

What was wrong with kenal..Why doubt himself when he wishes to have peace..If he doubted himself all it would do was get in the way of his attempts..And he would never win. Never try. Everything he would do would be a simple attempt and fail. What was insanity..And what was the peace. Peace was what kenal desired. And insanity, Was what if he diddnt succeed would consume him one by one. As if to tear his own skin off. And replace it with a scarred and dark skin. Kenal tried to rebound. Could he or could he not..It was his own fate to decide. And it would NOT! be interrupted. "clone jutsu!" Kenal yelled. One appearing right by. Kenal ran forward. Slamming his hand to the dummy's shoulder. And the other coming with him. The middle pole span. And the clone ducked, Kicking at the bottom one. Kenal then grabbed the clones hand. And they both jumped Spinning through the air to land on the dummys head together. 1 foot from each on it. And jumping off as if to push it back.

So this was the 9 year old Kage that Kankuro had been hearing about. The ninja from the mist was brought to the land of the Leaf to simply view the Chuunin exams, but now someone else caught his attention. Kankuro had managed to stumble upon the Hokage training. Just from what he saw, the Hokage seemed to have something distracting him. That much was clear. His lightly colored red hair fell in front of his eyes as he continued to watch from the tree branches that over looked the training ground. A slight grin began to form over the boy’s lips as an idea quickly formed. The Hokage was alone, or so it seemed. When would Kankuro ever get this chance again? He didn’t want to attack and kill the leader of the Leaf Village, but simply wanted to test his own strength against a powerful ninja.

Could he actually surpass the Hokage? What if he actually managed to do it?! There would be no turning back now. The thought was already instilled in the boy’s mind and before he knew it he found his body quickly falling to the ground. With a loud thud Kankuro lands in a kneeled down position. Within a moment he stands up and looked at the eve younger ninja. Having his sheathed katana firmly grasped in his left hand, he couldn’t help but form a sly grin over his lips.

“Looks like you could use a bit more of a challenge than that dummy. How about a real ninja?”

The moment felt so surreal. He had actually called out the Hokage to a spar. Butterflies filled his stomach with nervousness, but he dared not show it. His body began to tremble a bit, but not from fear. He trembled with the excitement of what was to come, if the challenge was accepted.

Bendings his knees, Kankuro lowered his body and dropped the katana against the ground. Since this wasn’t fight to the death he knew that it wouldn’t be needed. His eyes never left the child the entire time. He knew that if he let his guard down for even a second he could be finished. Kankuro was never one to underestimate his opponent, not even if his opponent happened to be a child.

“Come on, what do you say? Could be some fun.” His grin showed his friendly intentions as he spoke and began to stretch his muscles by rotating his left arm in a circle.