Name: Andeddo no Gaitō (Cloak of the Undead)
Appearance:
Auron's Cloak of the Undead is one that is multilayered, yet optimized for a balance of comfort and defense. At its base or the most inner layer, is a black compression training suit made up of a mesh blend. These synthetic materials are durable, breathable, and flexible all the while being lightweight as well. Because the training suit fits snuggly against the user's body, the user's muscle definition protrudes out to the point of visibility. Along the knees, arms, thighs, and chest sections of the suit are flame insignias: characteristic of Auron's primary element. Attached to the hip is a waist cloth, securely tied by a white cloth belt and draped down no further than knee length. And finally secured to the neck of the suit is a detachable and hooded cloak with its tails hanging down to mid calf level when fully extended. 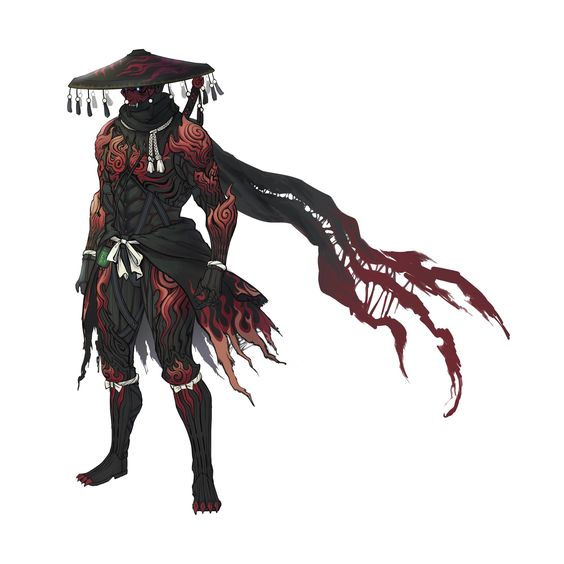 When the cloak and the yukata are equipped over top of the compression suit, the full effect is captured. The yukata is elegant and silken, yet serious. It inverts the colors of the compression suit so that its primary tone is a scarlet red, complimented well by its black undertones. Though its exterior may seem no more than silk the interior of the yukata and cloak are cleverly lined with a durable layer of steel mesh. This allows the armor to boast a malleable yet stylish appearance. Atop it all is a repurposed kasa lined with steel mesh that matches the color scheme of the rest of the armor. 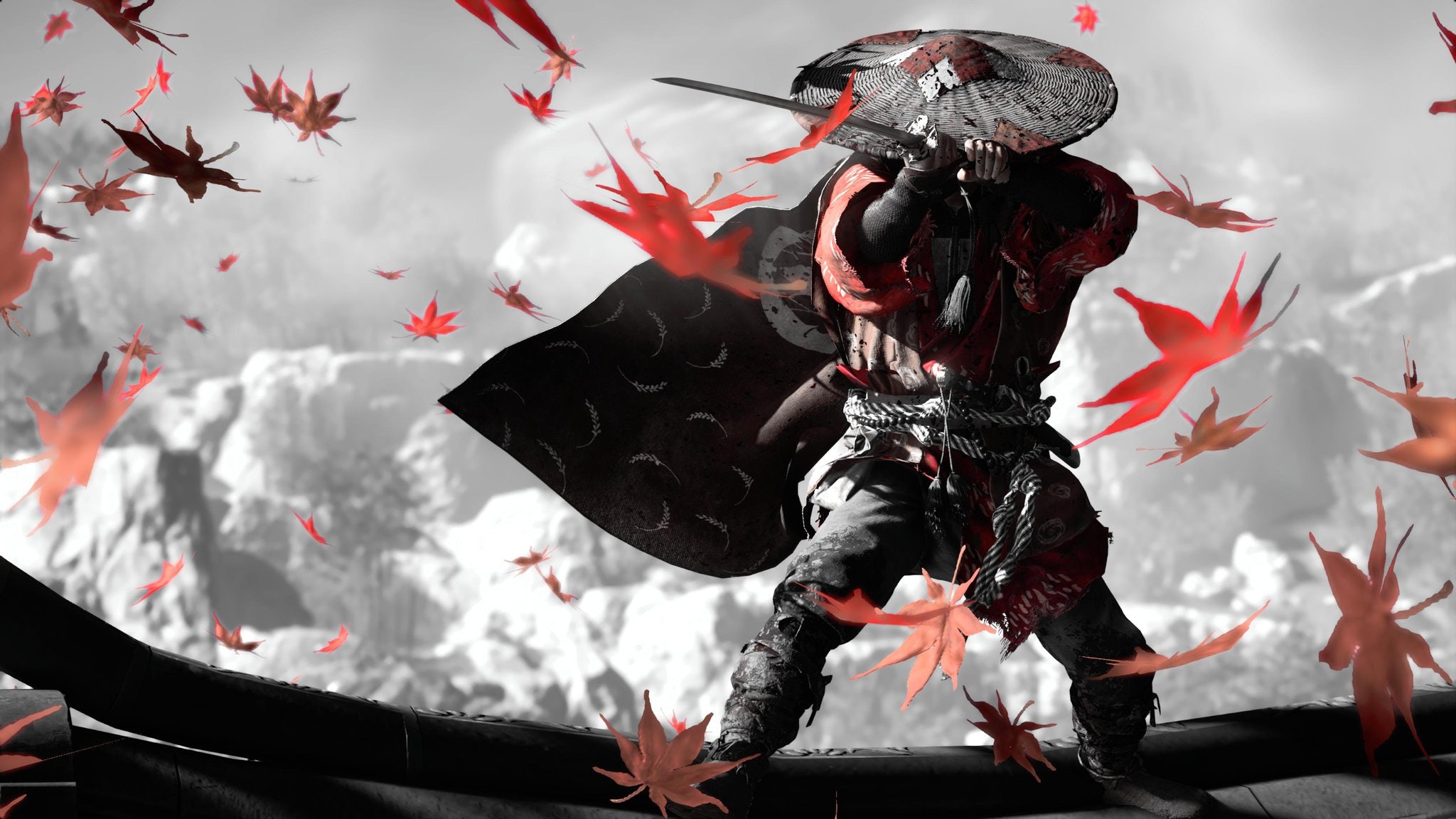 Backstory: Throughout his journeys, Auron had become accustomed to either purchasing or acquiring reliable sets of armor. Though they had always gotten the job done, none of them had felt uniquely his own. And so since returning to Konohagakure and speaking with its new senior members, he had been inspired to design his own personal set of armor. After pestering reluctant tailors, seamstresses, and armorers within the village Auron had finally been able to oversee the birth of his Cloak of the Undead. He derived the inspiration of its name from his heritage and their unique abilities, combined with the sinister and deadly appearance the full set of armor had. To top it all off he had his kasa, from the fallen Konoha shinobi, repurposed into a durable hat fit to protect his head.

Health: 100
Trait: Absolute Defense
Once per post the armor is capable of siphoning Negative Energy from Auron's chakra reserves. Quantitatively this expends 1 of Auron's Negative Energy stacks. This trait is controlled by Auron via a simple chakra transfer. In the process it bolsters its defenses with Negative Energy and alters its armor type from Physical to Chakra based, or vice versa.

For something liek this, it practically acts as a get out of jail free card.

You can easily rush in guns blazing, someone could fire a full on S_Rank at someone who wears this armor, and they'll be fine, since it says the attack is negated, that also means the negative affects are negated as well.

I'd suggest instead to where the Armor can double in health while also adapting to an attack for one post, like for example "When expending 2 of Auron's negative energy stacks, the armor will double in health and change to either physical or Chakra armor for that one post before reverting back in the next post" or something like that. If you wish to discuss this more in dms let me know.

After careful consideration, I think the app is fine now

As such I will Trial approve this!

Approved with the original trait “Overcharge” being reworked as a jutsu and a new one called Absolute defenseadded it in its place.