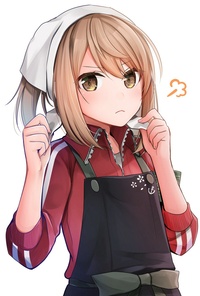 Name: Five Points Constriction
Element: -
Rank: B
Specialty: Genjutsu
Particular Jutsu Type:
Backstory: A technique of the Uchiha that had seen less and less use as shinobi moved away from basic elements and toward elementless and advanced element jutsu. However, due to those trends reversing, this technique has seen a slight resurgence.

Appearance:See below
Handseals:-
Duration: 3 posts
Cooldown: Posts used + 2
Range: 20m
Power: 30
Speed:-
Health:-
Stat Boosts:
What it does: This genjutsu is transmitted via eye contact. Upon falling into the genjutsu, the victim perceives barbed wire wrapped around parts of their body. While this is illusory, like any other genjutsu it feels entirely real to the victim as being metallic, sharp, etc.

Upon casting this jutsu, the user chooses one of the five basic elements (water, fire, earth, lightning, wind). Whenever the victim casts genjutsu release or a jutsu of that element while under the effect of this genjutsu, the barbed wire constricts, driving its points into the victims’ body while the genjutsu generates a powerful sensation of pain. When this occurs, all of the victim’s ongoing jutsu except the one they just cast are forcibly deactivated, and placed on their standard cooldowns. If the element chosen is one the user also knows, then the deactivated jutsu are placed on their standard cooldowns + 1. This seems extremely powerful in the grand scheme of things, especially with the fact that as it reads now. Can this please be changed to what I've typed out below?


When this occurs, all of the victim's ongoing techniques, except the last technique the victim used, are forcibly deactivated and placed on their standard cooldown times. Should any of the victim's ongoing techniques have a power greater than this genjutsu's power, however, then those particular techniques will continue to remain active. If the element chosen at the beginning of this genjutsu is one that the user also knows, then any techniques of that particular element that are deactivated are placed on their standard cooldowns + 1.