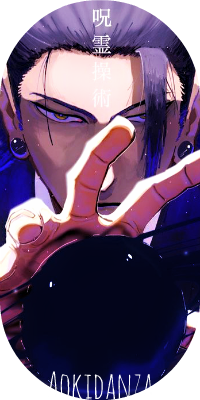 Handseals: --
Duration: Up to 4 posts
Cooldown: Post used +2
Range: 20 Meters
Power: 50
Speed: 50
Health: 50
Stat Boosts:
What it does: The user uses the power of the Rinnegan to summon forth a creation of chakra known as the King of Hell. This Jutsu cannot be spawned no close than 5 meters to another character; if within 10 meters of the user, then no closer than 3 meters of another character.

The Naraka Path makes heavy use of the King of Hell. The King of Hell is a 15-meter tall, 10-meter broad head that sprouts out of the ground surrounded by dark purple flames. Possessing the Rinnegan and shared field of vision similar to the Animal Path summons.

The King of Hell is a chakra construct and can clash with physical and chakra opposition. Thus in case of a clash, its power or health, whichever is applicable, scales the user’s vigor stat. This is also the case for introducing the stat check. It’s the speed of the Jutsu always moves at a scaled speed.

Interrogation: The user needs only to catch ahold of a person, causing the King of Hell to appear before them. During the duration of this Jutsu, a stat check is put into play, where the target’s strength stat is measured against the power of this Jutsu. Should this Jutsu possess power more significant than the target's strength, they will ultimately become paralyzed. They can resist if the target has a power equal to or greater than this Jutsu power. During this ability, the user can begin to ask the target(s) questions; up to 2 targets can be affected per activation. This Jutsu does not compel targets to answer or speak the truth should they choose to respond. Either way,  answered not at the user's whim, the King of Hell will unzip its mouth to release tendril-like arms (2) that will draw out an apparition of the victim’s life force energy in the form of an enlarged tongue. The King of Hell will then proceed to pass its judgment. If the person lied or refused to answer the questions, the King of Hell would deal base damage of 50 for 3 posts. Should the target happen to have their health bar fall to 0 while under this Jutsu hold, the King of Hell will remove their tongue and consume it, killing them. However, if they told the truth, instead of their health bar being drained, their AP will instead.

Restoration: The second ability of the Naraka Path is to repair the damage. This is done by the user using the King of Hell to ingest the damaged body (Arm, Leg, torso, path of pain) with its tendril-like arms into its mouth. Then, after some time (1 post of complete contact with the King of Hell), the destroyed body part or what have, you will emerge from its mouth, completely rejuvenated. For example, should the user use this ability on a damaged or destroyed path of pain, it will take up to 3 posts to fully repair it.

It should be noted that when using the abilities, it can only be one or the other per activation. So one cannot use the Interrogation and Restoration abilities in tandem.