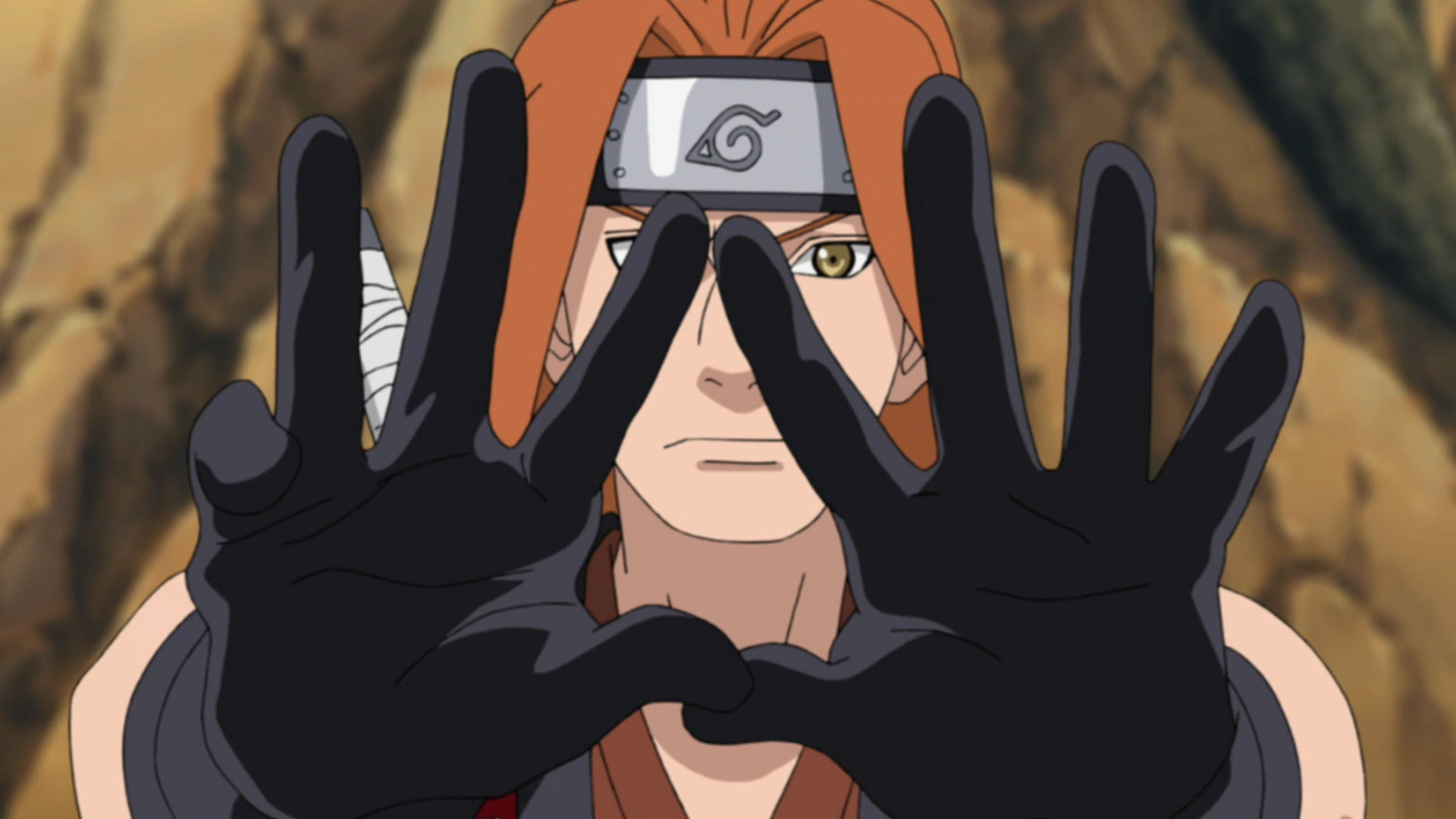 Handseals:
Dragon - Boar - Serpent - Bird - Yamanaka Handseal (A)
Tiger - Dragon - Boar - Serpent - Bird - Yamanaka Handseal (S)
Duration: 3/4
Cooldown: Posts used +2
Range: 35m diameter (or) 70 meters
Power: 50/Chakra
Speed: 50/Chakra
Health: -
Stat Boosts: -
What it does:
This technique has a ranged version and an AoE version, both of which have the same effect on an inflicted target and do not interact with equipment, physical environment, or jutsu defenses.

The ranged version can be fired from the user's hand at jutsu speed and power at any one direction up to a maximum distance of 40/70 meters and can only effect one target.

The AoE version expands out from the user's body to an area that covers a 20/35 meter radius around them and can inflict multiple targets if the user is using Mind Clone Switch Technique.

Once a target has been hit the technique, the user can choose to debuff two of their stats by 50/70. The target does not have to remain within range for the debuff and following conditions to persist. After this debuff takes place, the target immediately undergoes a stat check for Chakra (chakra >= power of Mind Body Severance) failing which the target is also inflicted with "Mindblight" for the duration of this technique, starting from the post where the debuff comes into effect after which Mind Body Severance goes on cooldown.

The user can cancel this technique and thus end Mindblight at any time by ceasing to pay upkeep.

At the end of the ailment, the target suffers chakra damage equal to the amount of Damage Counters they have accumulated. This damage penetrates armor, TB and damage reduction.

If Mindblight was inflicted with an S ranked technique, the target also pays double AP for all their AP expenditure for the duration.

The target cannot sense the effects of Mindblight on their own body once they have taken hold. During this time they are unable to feel physical pain and the loss of chakra.

A relevant Iryojutsu technique that is designed to cure chakra ailments that has a power equal to or greater than the technique used to inflict Mindblight can be used to remove the Damage Counters before they come into effect.

Only sensory techniques with a power equal to or greater than the technique used to inflict Mindblight can be used to detect its effects.