Why Won't you Stop?! 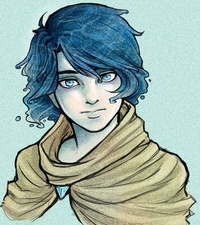 Why Won't you Stop?!

Challenges: Arc
Task: Even after dispersing the animals to their new roles and dealing with the missing ninja, the mother has returned to ask for your help once again. Her younger children, a pair of girls, had recently become ninjas at the academy. They had each received a letter from their favorite older sibling, the missing ninja, which described secret techniques he had created. As a result of this, they have split up and begun causing havoc across the countryside.

The first child appears to have learned how to bring the material of the world around them to life and is letting it take on whatever form and goals it desires. Such examples of this might include sand falling in love with Sunagakure's cliff walls and trying to go steady, the waves of Kirigakure enacting large scale battles using marine life as chess pieces, or Hoshigakure's Dragonpit being filled with dragons made of living earth.

The second child has gained the ability to swap the abilities of one individual for another. This has led to the elderly now running faster than horses, children knowing secret S rank techniques, and one unfortunate ANBU weaponry member lacking the strength to write his own name down.

Your mission is to track down each of these children and 1. determine the trouble they have caused, 2. try to fix or reverse the damage, and 3. return the children to their mother if possible. You may engage the children in combat, but the children must be returned alive. For any problems that you are unable to reverse, please make sure to include it in your report to allow the nearby teams to address. Please note that any and all abilities expressed by the family cannot be taught or used and all effects caused to the mission team will revert back to normal at the end of the mission.

Character Requirements: Completed the mission: Stop It This Instant!

Return to the Mission Directory