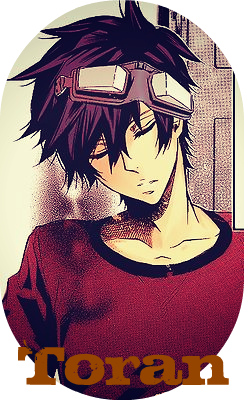 Both of them didn’t seem angry at him, in fact both of them seemed to enjoy the sentiment that he brought with even attempting to give them the gifts. He felt his cheeks return to their normal temperature, as a new feeling of joy was spread out across his whole body as a result of the both of them seemingly enjoying the thought he had placed into the gifts. Toran slowly returned both of the gifts back into his pockets. Beginning to delve back into the conversations that the both of them were having. He felt that he was missing something big in this regard, he knew that he was nothing like them, not in strength, power, or even resolve, at least, he was not at their level of resolve yet. The confirmation of Mroio’s supposed daughter is not carrying any of his blood running through his veins saved Toran the thought that somehow a baby grew that fast, or that there was something that forced some amount of growth, yet upon seeing Morio, he realized that there must have been some kind of foul play involved. Someone could not grow that much within simply a few weeks at most. Toran was also a bit jealous of the blood running through Morio’s veins, they really had a true prodigy right in front of them, or perhaps that was simply fate blessing him with such gifts.

“Tsuna entrusted that on to you Enishi? I’d think the one who came in first place would place that title on themselves - Y’know? Instead of placing it onto the person that they won against…” Toran thought of why Tsuna would place that amount of weight onto Enishi’s shoulders, certainly someone who seemed to want that goal would be better in taking it, which brought an alarming light bulb to flash in his brain of the rumors… Enishi had been paralyzed in fear, yet someone had shouted towards him to have him fight… Perhaps that might be a reason why Enishi was feeling this way, that he had frozen in battle…

Yet the way Enishi was asking Morio… It reminded him a lot of himself, how he felt for himself, him and Enishi, he couldn’t shake off the feeling of guilt in his own chest of not participating inside of the exams. He was deeply aggravated with himself, that he was so stupid as to not even try to participate, perhaps that was why he was so scared, so alone to try some kind of change. He was being left in the dust again, he couldn’t stand it, not when it came to the fact that he had to talk, to do something. Yet he only remained in silence, listening only to Morio’s own thoughts, that the Hoshimura would never be heroes or seen in the positive light of the village again. How the Ametsuchi were seemingly fated to be hated by the village for the rest of their own history. ENishi and him were talking as though he may as well have not existed after showing them the potential gifts they would have been given if his soul hadn’t bound with the gifts themselves.

A small child watching two adults argue about matters that he simply either didn’t understand, or didn’t know if he could talk about them. Yet it reached a boiling point as it seemed he was simply out of the conversation, yet perhaps he could just be a listener, it was not his place to speak he realized, this was a talk between two that had fought against each other… They had respect for one another, something that he knew far too little about how much respect on the battlefield went around the walls of Hoshigakure… How much people feared those new coats of the star shinobi personally. Yet a sudden thought came to Toran at Enishi’s own condition, he was stuck in a wheelchair after all.

“You are stuck in a wheelchair, Enishi… Although I’m sure you’ll have at least a few people waiting for ya, I’ll be sure to see how strong you’ve gotten after your little stay there. I have my own path I need to carve, and perhaps… Morio… You could help me, and I can be a decent punching bag for that new sword of yours.”

With that, Toran raised a thumbs up towards Enishi Kurosawa, curious as to how he would come out of the portal, and if he would get any stronger then what had happened to him today. He wished to fight the swordsmen, yet Toran was simply a growing bud, something that could be formed and matured into something useful. He’d need to follow the examples of those around him. 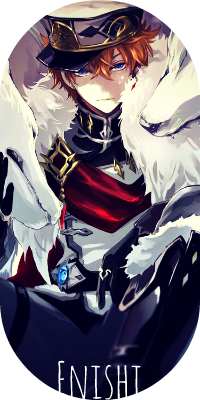 The Wraith listened intently to the Dragon's observations, standing in silence as Morio spoke absently of relent. He was indeed an intelligent young man, especially for someone as young as he was; no, that was to be expected, he was a Nova Corps member. Hoshigakure evaluated every aspect of Morio Ametsuchi to declare that he was fit to be part of the military's upper echelon. Enishi couldn't look down or disregard his words - he was his peer, after all. The Ametsuchi analyzed the Understudy's predicament, saying that he was taking his loss against Tsunayoshi too personally and that losing was simply another path to learning and understanding one's flaws. He spoke of his ancestry, illustrating the foundation for Tsuna's words and creating the framework for his reason for denouncing himself as an "Executioner" and Enishi as a "Champion." The two share the same blood, so Morio was destined to become an Executioner as well. It wasn't because of power that Tsuna told Enishi to become the Champion of Hoshigakure. Intuitively, he understood their roles and urged the Wraith to become someone fit to become the village's light. Enishi's stubbornness believed that the only reason he got into the finals was because of luck...but he of all people should know that fate had no bearing on one's destiny. Only ambition can drive one's future forward! Luck did not have a role in the Shinobi World. Enishi's power and ambition were the sole factors in bringing him to the finals.

"Then I will give you the answer you deserve."

The Sage's eyes widened. Was there really an answer? Living a life without masks? Living a life that he could be proud of? To cast his sword into the hands of the blacksmith and walk into the forge bearing thousands of spirits...the only way to return was if he could confront the weakness in himself, the insidious hollow that destroyed his light. He wouldn't lose again nor run away from this path. He was prepared for all challenges...he just needed this chance. Standing up from his wheelchair, his eyes burned with ambition - a light burning through his vision. He saw it, himself in the future. A man fully whole, bearing the hope of Hoshigakure stoically. He wouldn't lose this vision. Steadily trekking towards Morio, unsealing his scroll which revealed the wrapped blade of Hiramekarei. He handed the armament to the Dragon, "I accept." He nodded, before turning over to Toran with a small smile. "I wish we could have met under less tense circumstances, but it was a pleasure meeting you, Toran. When you see me next time...I will be someone fit to be bearing the title of Nova."

His smile vanished.
Replaced with Kakugo.
He looked to the forge.
He advanced.
We meet again, fate.
This time, I won't lose.

[EXIT INTO MORIO'S DIMENSION]
WC: 546
TWC: 2692
Claims:
Will make wc claims later, but I'm giving Hiramekarei to Morio for his use & safekeeping or w/e since I'm dimension locked now lol.