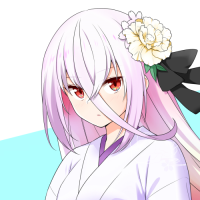 Today was finally the day. They had been preparing for this for the past few months – longer, technically, if one included the training they had done before as well. Finally, Kiyoharu was certain they were ready to graduate. Really, the jutsu were the easy part – the training of their core abilities, their stamina, their chakra control, those were what had taken so long. They had even gone and learned a bunch of jutsu they didn't need for the exam, because they could be plenty useful to know later too. All of it led up to this day.

They arrived in class in their usual outfit of a shirt with long sleeves and knee-length shorts, along with shoes well-suited for hiking, climbing and generally being worn in all kinds of situations. Boots, really. Though their face looked calm, they were excited for sure. There was perhaps a bit more bounce in their step as they made their way to their seat, then they sat down. Now all they had to do was wait for the proctor of the exam – or perhaps he was already here. In any event, they were certain that they would pass. And that was only the beginning of their journey as a ninja. Among the other duties with his team, which Raiden recently had to ask for a change in team. Seems some Shinobi could not handle the rough load he had to give, while a new team was formed for him since two of the three had failed his initial testing, he was given exam duties at the academy. He was to scout out for new genin for the village. there was several students who felt they were ready. The white haired man looked out at the group of them and nodded with a slight sigh, it was tedious work. He would begin calling out names of each person that was required for the exams and gave them the instructions on what they had to do. Raiden would watch as some failed the clone, giving rather pitiful clones, even a singular clone. Others could barely perform the transformation technique let alone make it convincing.

However Raiden was not nice with his words, he could not afford to be, if they truly wanted to be Shinobi, their lives are in his hands until they are given a teacher. He could not let several of them pass. Others he told them to go take a break and breath before trying again, eventually Raiden would step out of the examination room and call out one name in particular "Kiyoharu Uchiha" and with that he would walk back into the room when he saw someone start moving his way. Raiden would take a seat at the desk and straighten up some papers, as he did he spoke to them. "You will first perform the Clone Jutsu, than you will show me a Transformation Technique. Extra Credit if you can show me a little more Jutsu than just the basic ones from the academy." As soon as Raiden finished speaking he would look up to watch. He hoped that this candidate showed the promise he looked for in students himself.

They could tell this proctor would be tough. Of course, they were also sure they would be fine. They had prepared for this. Unlike some of the others. They kept their face neutral and calm while keeping the desire to sigh or even laugh at some of these attempts to themself. They were certain they could manage much better. At least, if they could actually see the others failing. Otherwise, they just waited where they needed to wait.

Once their name was called, they went ahead and approached the room, standing before the desk once they got there. They did indeed know more than just the basic ones. Though first they'd definitely start with the ones required. First they made the 'ram' hand seal. They made four exact duplicates of themself, before using the 'dog' seal next. The transformation technique certainly required good control. Their appearance shifted until they looked very much like Raiden – it was easier for them to get this right, because they already shared nearly the same hair and eye color. There were some small flaws, surely, but only to a trained eye. And it was likely better than what the others so far had done.

And then they leapt up to the ceiling, putting just their fingers on the surface, and there they stayed for a little bit, hanging there with the 'surface walking' technique. That was really the easiest one to show off of the extras they knew.

How many times had Raiden said those words today, and How many times did he get up to inspect their work. How many times had Raiden failed a student for one reason or another today. It was not a pleasure of his, but he needed them for their sake, the sake of their future teammates, and for the sake of the village, to be the best that they could be. He watched as the flawless execution of Clone technique was accomplished, His eyes scanned when Transformation was initiated. He even got up and walked around the projection of himself. Noting a few minor flaws, but that was due to a lack of knowledge of the nuances that life had bestowed upon him. He would not dock points for anything of that sort. They had passed, just barely, but that was when they showed an aptitude for the surface walking technique and applying it more to just their feet, but to their hands as well. That made Raiden Highly Impressed, but his face did not show it. He would walk over to his table, His back to the examinee. "You may wait outside for your results with the others".

Raiden Gathered the hand full of headbands of the shinobi who passed, for he had came to the end of the list and allowed those that needed an opportunity to restart the chance to do so., He would tell the class that was lined up and waiting for the responses "When I call your name, step forward and accept this headband. This is the symbol that you have completed the Shinobi Academy of Sunagakure, You are now Officially Genin and will expect to behave and act as such. You will be expected to train as such, which means harder and harsher training than you went through here at the Academy. Lord Kazekage is busy, but on his behalf I am here to congratulate you all and welcome you to the Shinobi ranks." With that Raiden would begin to call the names Alphabetically by their last name. This would leave it suspenseful the closer he got to the last name for him to call. "And Finally, the last Shinobi to graduate from he Academy and become a Genin of Sunagakure is..... Kiyoharu Uchiha" The name would take almost a full minute before he called out.

To which when they would inevitably take the step if they were to list to Raiden's Earlier instructions he would hand them their headband. Once handed he would bow to them all and within a flash Raiden was seemingly gone. The truth being he had body flicked back into the room and ran out of the building via the window he had left open. His daily mission was done for the day, he could not wait to see the updated roster of his ninja team.

Indeed, the flaws were mostly due to lack of knowledge of certain nuances. At least they had the surface walking technique to make up for any flaws. And doing it with their hands was something they had worked hard on between first learning it and this moment. They walked back outside silently once they were told to. They were certain they had passed, and this was another sort of test. In a way. At the very least, the suspense was its own sort of fun.


They were already looking forward to that harder training once they graduated. After all, now they could go on missions, and their power could grow more than it could at the academy. They waited silently during that pause, then they stepped forward and took their headband with a simple nod. They tied it on their head for the first time, before blinking as Raiden disappeared. Then they allowed themself a small smile, before heading home. Today was just the start, but it was cause for some celebration anyways.