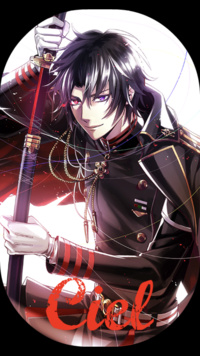 A confused look came onto Ciels face , he couldn’t understand why Youta would jump back so far if he was going to absorb the attack to begin with. Not to mention there was already a significant distance between the two but with Youta jumping back ten meters there was a 25 meter distance between the two. “Well I have to admit this is going better than expected, maybe I was doubting myself to much or on the other hand Youta could just be toying with me”, he thought to himself as he watch Youta launch an attack but now with there new distance it didn’t even come close to hitting Ciel.

“Hey buddy I’m going to need you to turn it up a notch if you plan on winning this spar”, he would say joking. He couldn’t help but try to make small talk , it had been so long since he had last been around another person just the minor interaction such as conversation felt amazing to him. As he finished his sentence he had also finished forming hand signs , heavy rain clouds would start to form above them and in moments a moderate rain storm was upon them.

He was finished there he would immediately start forming more hand signs and if uninterrupted 1 huge water shark would form  3 meter above youta above, The shark was 10 meters long 5 meters wide. He would hold the final hand signs to have the shark follow after youta should he move. “Show me something cool Youta”, he would say tauntingly. Even while having a cool demeanor about himself , he knew he couldn’t keep this up for long. He was almost out of chakra and knew if he couldn’t get a hit on Youta soon he would pass out from chakra depletion.

Youta would see the shark forming above his head and say to Ciel “Oh you want to see something interesting do you maybe you should learn not to push your friends to hard when you can’t take it.”  He would raise his hand and absorb the rest of the jutsu and say “I guess you are a little slow on intake aren’t you?” He would then say alright let’s make things interesting and as he says that he walks closer to Ciel. His ears would extend and look dog-like. As sage mode would be activated using the Yuumei that Youta has gathered.  “I will show you what interesting looks like. This will not be fun buddy. But I it will be over soon enough.” Dragon - Rat - Hare - Bird - Monkey - Dragon-Snake, Dragon, Tiger, Monkey, Boar and then as soon as he hit 20 meters and black whip would streak from Youta along the ground and wrap around Ciel holding him in place. “See I will not show you a little taste of the Yuumei’s power. And of the power of Anubis and his kin.”  He would laugh a little then as the whips would wrap around him.  He would then look at him and say “sorry about this.” The whip once around his arms and chest would then raise up and plunge into his chest however not piercing it but absorbing some of Ciels energy. It is not comfortable though for Ciel. He would then turn to Sebastian “he is gunna be stuck for a minute till he either cries uncle or passes out.” 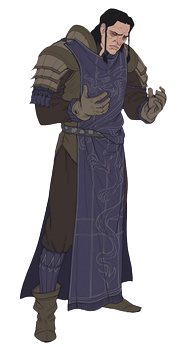 Loghain would watch as the pair continued their training exercise, Ciel managing to avoid the attacks of Youta so far. The wolf was happy to see that Ciel was able to hold his own against Youta, whom the wolf had fully expected to become a Chuunin soon. If a genin was able to keep up with an opponent of higher rank, it was usually a pretty good sign. The high spirits of the wolf were immediately doused by the conjured rain from Ciel. The look on Loghain's face was one that suggested he was far from amused by such a technique. He wasn't a fan of the rain, especially if he had found himself outside and caught in it. His clothes would immediately cling to his body as they absorbed the water, making him feel like a soggy wet mess. His disposition poisoned any feelings of being impressed by Ciels Water Shark jutsu, only able to focus on the water pouring down on him.

Youta would of course aim to absorb this technique as well, though that wasn't an unexpected outcome. The Shinkou had a variety of unpleasant abilities at their disposal, this probably one of the most useful in this particular matchup. Youta would give in to the light taunt, indeed showing off something 'cool'. The ears of the boy would transition to those much more akin to a dog or a wolf. The wolf would raise an eyebrow, wondering just what it was that the boy was using to manifest such a change.

Youta would then use a familiar technique, the dark whip, aiming to bind the Uchiha and sap away at his strength. The distance between the two was more than what Sebastian would expect for such an attack to be launched, but he imagined that Youta knew what he was doing.

Silently, the wolf would watch to see what the pair would do. When this ended was ultimately up to them.

Youta would put his hand up looking at the clock and the time would say “Hey Sebastian I think we need to get ready to head out and meet the others. We have an important mission we need to get ready for and need to meet up with Typhon and Yuuma so we can formulate a final plan and get ready for it. I hope you are good at battle strategy because I have not really fought in a team setting before. But we should leave.”  He would turn to Ciel and say “wish us the best of luck buddy. I am sure we will need it for the mission we are going to try to finish on this next chapter of our life.” He would then walk out with Sebastian saying quietly  “You sure we are ready?”