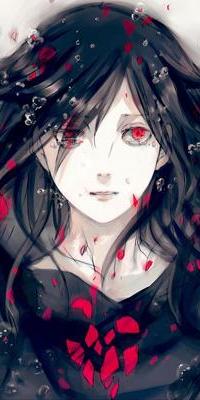 Madara sat in the viewing area of the training grounds in the early morning. It was early in the morning which was the best time to get any training done if one wanted to avoid the heat. Madara didn’t know how people survived training in the summer months especially if they were expected to wear combat gear which never looked like they were built with staying cool in mind. She had come out here to watch a handful of times throughout the summer but couldn’t even stand sitting in the shade. She was glad that it was no longer summer and that she could comfortably observe without constantly worrying about her water supply.

Madara wasn’t the only one who decided to show up so early. A handful of people took seats to observe the people training in the grounds. They all seemed to be keen on watching something, anything. So far all there was to see was people doing stretches and warm up exercises.

“Suppose we showed up a bit early didn’t we,” asked someone who just sat next to Madara. He was of medium build with scales and wickedly sharp teeth. Madara figured he was some schmuck practicing maintaining sage mode because he was like a mix of a lizard and a person. He had a long tail which he just laid out carelessly on the floor because there weren’t enough people around for it to be a nuisance. His weight seemed to test the limits of the bench and Madara felt as if she might start sliding towards him if he even weighed one more pound. Of all people for him to come bother, why her?

“Yes, I suppose we did. What brings you here,” Madara asked. She didn’t mean to sound rude but she knew she did. She had nothing against people of other backgrounds but she couldn’t help but feel put off. It wasn’t that she felt unsafe, given that this was a public space with plenty of witnesses. The feeling was mostly awkward.

He scowled and grinded his teeth. He looked right at Madara and said, “Okay I’m not good at this kind of thing. I saw you and thought you looked pretty so I came over to have a chat. I can see by your expression that you’re not interested.” He looked genuinely upset and sad at the same time. It was a very pitiable expression.

Madara was indeed “not interested” as he had said. Though, she didn’t want to come off as some kind of jerk. She liked and said, “This expression is just how I look when I’m surprised. I’ll have to say this is the first time someone like you has complimented my appearance.”

“Don’t patronize me, I know that look well. You think I don’t get it ten times a day? I bear no attraction to people of my own kind, I can’t help it. I was born this way!” He scowled once more and looked away.

Ordinarily Madara would have already started plotting a way to get this guy’s money but she just felt sorry for him. She thought for a moment about how she wanted to handle this and said, “I hope you find what you’re looking for, but I’m afraid I can’t help you.” She stood up to go find somewhere else to sit. She was surprised that he didn’t try to stop her. When she finally took a glance back at him he looked perfectly content. He even bore a smirk on his face.

“What a weirdo,” Madara thought as she sat down elsewhere. She couldn’t help but keep an eye on him because he was so large and he did have a way about him that was memorable. She watched as he went to someone else and tried the exact same thing. The woman left and once again he sat there looking content. Had Madara not been paying very close attention she might not have noticed him pull something from his pocket. Madara couldn’t tell what it was but it did look suspicious. Soon enough he went off to talk to yet another person. This time a man. The man left and once again the scaled one looked as happy as ever. Madara focused very hard because she wanted to identify what exactly happened next. He pulled out something and that’s when Madara gasped.

“That’s a purse!” Madara thought. It was way too small for someone of that size to call his own. He couldn’t even open it with his large hands so he had to slice it open. From this distance she couldn’t tell if it was her purse, or that other woman’s purse, or maybe even someone else’s purse entirely. All she knew that it was not his.

Madara slid her hand to her waist and noticed that her purse was indeed gone. Not that she carried much money with her but it made her feel like a fool. She thought back to the tactics that had been employed to rob her of her money. He’d preyed on her emotions and clearly used her desire to escape as a distraction to slice her purse away without her noticing. Now that she thought about it, she did remember feeling a pulling sensation but she didn’t pay it any mind.

“How could I have been so stupid?” she asked herself. “And what am I supposed to even do now?” Madara thought about alerting the authorities or even making a scene. She decided not to though. The best revenge would be to steal her money back. She had trouble thinking of a good way of doing so though. She was very intimidated by his size and knew that even if he didn’t know how to fight all he had to do was fall on top of her to squash her like a bug.

After some deliberation Madara decided that she would sneak up behind him and quietly threaten him. She would tell him to give her money back or she would make a scene. It seemed like a decent plan in her mind so she put it in action. She kept to the back of the viewing area and made her way to her target. She walked quietly when she got close and took a seat directly behind him. When she finally relayed her threat, the male thief chortled.

“How about this for a counter? Give me your word that you’re going to go home right now and forget all about this.”

Madara frowned and asked, “and why would I do that when I could have you punished for your crime?”

The scaled one gave it some thought and said, “because if you don’t I’ll slash your pretty little face.”

The timing of his threat didn’t make it very intimidating. This was ultimately a bad thing because it made Madara think that she had a chance at challenging him instead of backing off. If only she was proficient with the dagger at her waist. She put her hand on it and thought about drawing it. The adrenaline built up inside of her and a part of her was totally ready to fight to the death. She hated being humiliated by someone who’d bested her.

“Calm down,” she thought, but she couldn’t. Her calming thoughts turned to “how hard could it be to stab someone? Just do it!” Just as she was about to pull the dagger out someone shouted at the from behind. That only fueled Madara’s anger, as if she needed something else to be mad about.

“Everything alright over there?” Madara and the scaled one turned their heads to see someone looking at them keenly. He had noticed Madara’s not so veiled attempt to draw her blade and he was not in the mood to have a fight break out. He couldn’t understand why they couldn’t just take their conflict into the open space not too far away where everyone else fought.

“Everything’s fine!” Madara shouted back. She fumed and stormed off without even trying to snatch her money back. She didn’t even bother reporting the crime. She just quietly plotted revenge in her head. Surely she would run into him again since he wasn’t hard to miss. And when they met again she would do her best to outwit him.

As Madara walked home she practiced moving her hand to her dagger. She thought she might get a little faster at it, though it mostly just made her look strange on her trip back home. When Madara did get home, she continued working on her dagger skills a little. She practiced pulling it free and stabbing the air with it. With each repetition she pictured driving the knife into the thief. She pictured all the different angles one could be stabbed. She mimed going for his neck, then his shoulder, then his back. She kept at it until her anger subsided after which she just felt sad. She felt mostly grateful that she had backed off since she could have made a life altering mistake. She questioned whether she should even carry a weapon if she would be tempted to use it over something so trivial as losing a bit of money.

using 25% max stat discount and I already know A rank

using 25% max stat discount and I already know A rank