Name: Mineral Sand: Sensory Sand - Third Eye
Element: Magnet - Mineral Sand
Rank: A/S
Specialty: Sensory/Ninjutsu
Particular Jutsu Type: Sensory
Backstory: Created by the legendary ancient Kazekage, Garra, and honed by members of the sand corps over the next few centuries. Ninja who use mineral sand are able to use their magnetic field along with their mineral sand to sense nearby entities. The power of this jutsu resolved around the user being able to sense not only chakra signatures, but also invisible and hidden targets, as it is not only detecting chakra signatures through the magnetic field but also physical signatures though the mineral sand.

Beyond that, users are able to then use their mineral sand and their chakra to create a literal eye made of sand. This third eye allows users to see things from a distance, proving to be a powerful reconnaissance tool.
Appearance: 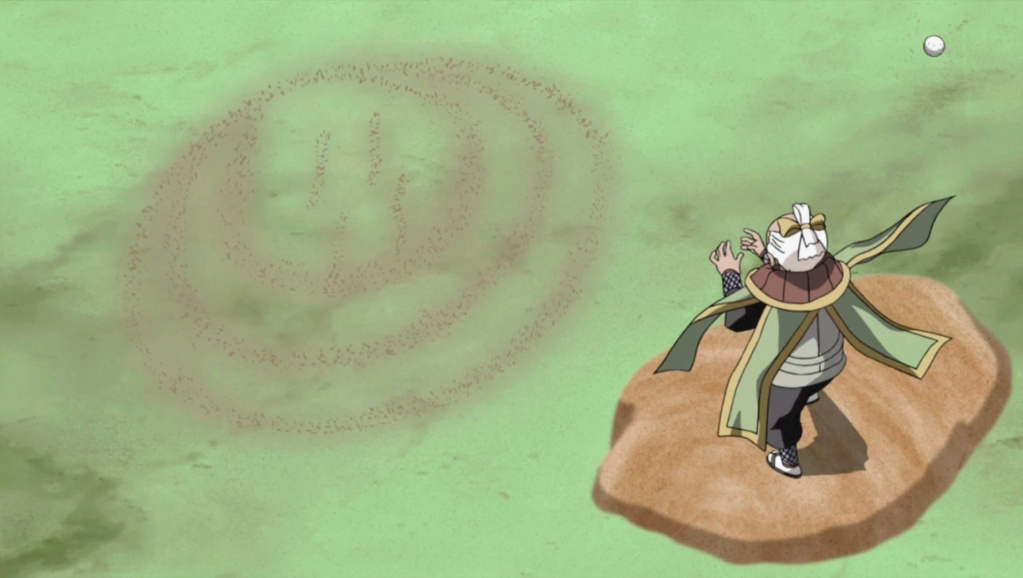 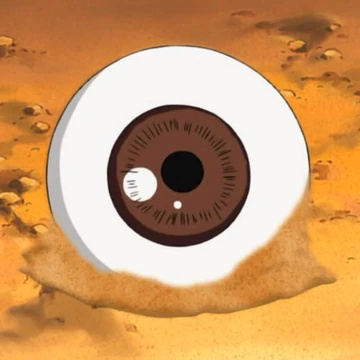 Passive: The user's basic sensory range is increased the range stat of the jutsu, following the guidelines listed in Sand Sensory and Chakra Sensory. This passive effect does not have a sand charge or AP cost, simply being an extension of the users magnetic field.

Active 1: Physical Sensory Sand - By paying one sand charge, the user can sweep an area at a radius equal to the range of this jutsu at jutsu speed. The sand used in this ability is microscopic, deals no damage, and is almost impossible to be seen or sensed. This technique works similar to that of radar, outlining everything and everything within it's range, including invisible targets, and relaying the information back to the user. Targets hidden underground cannot be sensed by the ability, since they are surrounded by the physical earth around them, and remain marked for the duration of the technique or while inside the techniques range.

Active 2: Third Eye - By paying one sand charge, the user can place their fingers on one of their eye and create an eye made of sand anywhere within the range of the technique. This Third eye is created and moves at jutsu speed, has a health stat (equal to the stat listed above), and must be spawned following jutsu creation guidelines (cannot be spawned within 5 meters of another target, etc). While the technique is being used, the user's targeted eye is blinded, and sees clearly through the created eye. Should the Third eye be destroyed, dispelled, or end because the duration has been met, the user immediately regains function of their targeted eye unharmed.

Both Active effects can be used simultaneously and have the same AP cost.