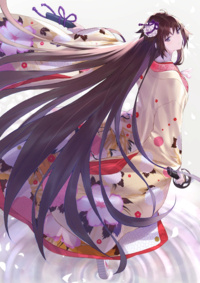 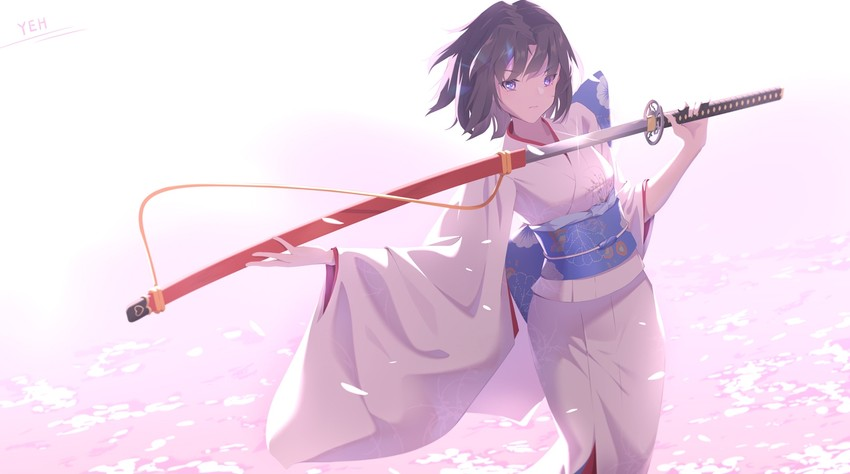 Height: 5'10 Ft
Weight: 185 Lbs
Appearance: Chikari is a toned, tall woman with fair skin and simplistic facial features that, while beautiful, are no more eye catching than the common woman that simply takes care of herself. Her choice of attire is as simple as her short, dark brown hair and her steel blue colored eyes. You'll usually see her in the common garbs of a traveling ronin, of which is just as easy to acquire as peasant's clothes, alongside a pair of wooden sandals, giving her flexibility and letting her not have to worry about getting her hands dirty. On more special occasions, however, she will wear much more fancy kimonos, though it won't go too far in the spectrum of quality in comparison to her usual wardrobe. Finally, she loves wearing a straw hat.

Personality: Her silliness is almost equally matched by her stoicism and pragmaticism. Through her upbringing, her religion, and her own sense of morality and ideals, she has managed to make a life worth living for herself as the forever wandering drifter, never sticking to any one place for too long, and not even people, for that matter. It's not a sense of commitment that draws her to the roads, however, as it is more her boundless duty as a Warrior of the Phoenix. Her conviction to that of her religion, and to what she believes is a service to the world as a whole, drives her to exterminate evil in the name of her god.

Outside of her penchant for honor and heroism, she follows the key seven virtues of bushido to a key, which shapes her personality and ties it up in a neat little bow; a strong sense of justice, of which she already has in spades; the courage to carry out her life without letting fear drive her away; mercy to those deserving of such treatment; being polite, and offering niceties to all she meets; being honest and sincere to the best of her abilities, though not necessarily divulging all information she has; honoring her both the living and dead; being loyal to a fault for those she cares for; and finally, having benevolent character with the self control to keep her sword arm steady in moments of heated uncertainty. Yet, with all of that in mind, she still has room to be a complete dork.

Vagabond colors and banner given upon character approval 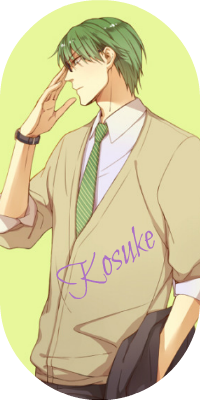