Approved - please tally up everything at end once done.

He still was not sure how he should have taken this. The ability to command an area of space and time that all Hoshimura could live as paradise should have been his. It should have been a space that once he had become in tune with his own power it should have manifested. Yet one who was baptized into the blood of this family had already managed it. It was almost a disgrace to call himself the heir of his clan when an outsider could do it all. So many things had been going through Morio's mind that he lost himself to the despairing thoughts and fell silent. He stared up for a moment as he continued to feel the countless eyes staring upon him, some of which he almost felt were staring at him in disgust. Maybe he was the outcast now...the roles reversed it would seem. As the walked he would listen to Tsuna explain how his creation worked, Morio spent time looking around. He couldn't make out any corporeal forms and if he reached out to one of the eyes he felt the presence moving away from him as if it had been avoiding him. Great. He'd listen to the words of Tsuna and chuckle for a moment as he shrugged," Your words, however honest and kind they may be, do not bypass the fact that you. Someone who had been brought into this clan, not born, has already unlocked something that should have been natural to me. Regardless of the fact that I have this... Never mind. Show me what it is you have to show me Tsuna," was he projecting or being honest? It was bad enough he felt a type of way about himself but now he had to face the reality that maybe he was no longer the heir. Running his right hand over his left arm he would fall silent and continue to follow Tsuna to wherever they were going next. 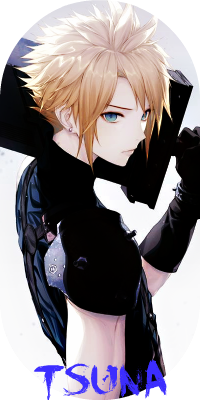 The raven would take note of his brother’s behavior. Something was wrong, off… perhaps Tsuna had overstepped. Prematurely showcased his creation without thinking of the impact that it might have had on Morio. The eyes of the raven would find themselves lowered, an under crescent of his blue eyes would remain. Reflecting on this, Tsuna felt foolish. It was then clear that Morio was deeply hurt, not matter what he says, or how he portray his feelings, he was hurt.

With a subtle wave of his hand the spirits would depart, returning to their day. Their presence would have all but further reminded Morio that he was surpassed by a mere bastard. Sigh, he would. Turning to walk over to his brother, placing his hand on the left shoulder as they instantly teleports back to the forge. Tsuna breaks the contact and give his brother a smile. “Forgive me, brother. I wasn’t thinking.”

Morio was not one for the sentiments, that much was clear. Tsuna would be wasting his time trying to pry that side out of him. All men should be left to their own methods of coping with their emotions. In that instant the raven would vanish from Morio’s sight, returning to his own creation to govern as he would continue to work on his own secrets.

His eyes came over to the male as he apologized, the amber eyes going up to the male not in search of anything but it was blank stare there. Had he been angry or upset? Sad or just depressed? In the claws of depravity, the young male was finding it hard to differentiate what he felt and the spirt within him had been picking it up for so long. It was odd trying to comfort a child in which the emotions meant either stability in power or a de-syncing of mind. Turning on his feet looking out to the forge he would shrug as he looked back to Tsuna," Don't worry about it i'll be fine. I always am after all," it wasn't a jab at his brother's creation nor had he been spiteful of it. In fact there was an iota of proud within the young male that Tsuna was able to actually perform this. Maybe this was fate. As the space-time anomaly left and Morio was left alone, the voice of Cassian would ring within his mind and soon within the forge," I can tell you are not well..and its affecting you negatively. I am a demon in nature only, but your partner none the less. Speak to me," the voice for once had been pleading to the young male. There had been silence within the forge for minutes before Morio walked over to the forge itself and picked up the hammer," I will beat it all out of me...I will be fine. I am just a blade that is broken, but no more," and the words scared the demon...for he didn't know what that had meant...only that the male would be silent.

Approved for both
Crom in disguise