Back Home it Is 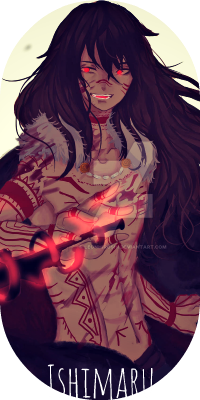 Back Home it Is

The village for the time that he was here wasn't too bad. The reason he had came here was yet to be fulfilled though that could have been chalked up to chance. Looking out of the hotel window that he had been staying in, he stared into the distance of the village toward the Unseen Academy where he presumed the Kage office was also being held and wondered when he would be able to actually settle the matter of Fu and a many other things. As he blinked he could see the visage of his Yuumei fully materialize to the right of him, staring out of the window as well with a smile on his face," You can feel it as well can't you? There are others within this land with the visage of the Yuumei. Such a shame we don't have the time to meet them all," the deity would point towards the streets where commotion was beginning to form. Sticking his head out of the window further he would see shinobi running back and forth, escorting the populace to what he thought was a safe haven judging by their words. In the distance he could hear explosions going off and if he was correct it was coming from the gates. Knowing what that meant he would sigh and shrug," We will have to bench this visit then..," preparing his chakra he could disappear in a flash of yellow and black teleporting back to the Kage office in Konoha.