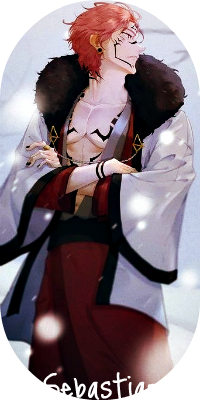 Guren would briefly pause, mentioning the name of Mizuki as a temporary silence came over the two men. "Some people only realize what they had when it's gone". They say you don't know what you've got til it's gone. Truth is, you knew what you had, you just never thought you'd lose it. "Sometimes you'll never know the true value of a moment until it becomes a memory". And that's what the Lady in Red had become to Sunagakure, a memory. Nothing more, nothing less. A footnote in the village's history, a minor mention of a woman who could have meant more but chose not to be a part of them anymore. No longer tied to, but gone with the Wind.

It is true that Sebastian felt a change in Mizuku after she rose to the position of Kazekage, the Tau feeling less appreciated than when they first met and took on a mission together. "I guess it's true, power corrupts". In the female Kyuketsuki's case, her mind. "I wish her the best wherever she may go. But for her sake I hope our paths never cross again". It wasn't just Sunagakure she abandoned, but its people as well. He could only imagine how Souji must have felt after realizing his mother simply left him behind. Sebastian didn't take lightly to people who turned their backs on others, he could only hope the two of them never met again, as that would be in Mizuki's best interest.

Moving on from the heavy subject Guren mentioned a potential candidate for the Black Guard, someone besides Junko who could be considered for the Iron Squad. "Hm, I'll make sure to keep an eye on this Suika as well as our Genin participating in the Chuunin Exams". Who knows, the Berserker once used to be a diamond in the rough himself. And with that their meeting could be concluded, the most important matters were touched and would allow them to move forward. "I think that will be all from me now" Sebastian said as he stood up, placing his hand on Guren's shoulder. "Difficult times are ahead of us, but we've already come this far, it's important we don't stop and instead keep moving". After his words of encouragement the young Tau would then take his leave, allowing Guren to proceed with the preparations for the upcoming Chuunin Exams which were approaching fast.

Guren nodded in agreement with Seb's analysis. It was rare that the two would find themselves discussing serious topics, yet refreshing. Better to air it out rather than let it boil and brew in their heads. "You and me both. Yet...I can't help but feel a bit of sympathy for her. I don't know if I'd be able to follow through what needs to be done, should I come across her again. Yet I also don't know if it's worth even pursuing her. I'm sure I could find her, quickly. But for what? You're right though. Let us focus on the Chuunin Exams."

Seb's comfort was well appreciated and much needed. Guren nodded once more at his words of encouragement, and before he could leave the room Guren would thank him one last time. "Seb, thank you. For always being my ace."

And with that, Guren would proceed to write the questions for the Chuunin Exam.