Kato and Airi approached the gates of the Advanced Training Facility and he reached into his robes and pulled out his identification card. "Anytime you are going to train make sure you bring this. Even if they know who you are they are not supposed to let you in unless you have your card." He flashed his card to Airi and it was probably not as shiny and new as hers was. He remembered when he first got his how excited he was to have it and now it was slightly bent on the corners, the laminate seemed to be cracking a bit, and it was definitely dirty and worn. He did, however, always have it on him. "Our headbands are cool and all but they aren't the only thing we use as identification around here."

When they came to the gate guards they would both flash their ID and then make their way inside. From the outside it was definitely different than the rest of the village. Tanbo was, at a glance, a small little rice village with no real swag to it. Compared to Konoha, which was a sprawling metropolis with people constantly in the streets, Tanbo was a shanty town. However, the Advanced Training facility was definitely different than the rest of the city. It was large, well fortified, and was one of the newest buildings in the entire city. It looked more modern than the rest of the village and, quite honestly, tended to stick out like a sore thumb. However, Kato loved it.

"So there are multiple places you can train," they walked on a concrete path and passed by a few open areas that were covered with trees and small entrances. "If you want to get some combat in outside you are free to use the courtyards but you can't use massive jutsu or anything out here. They will certainly get onto you."

Entering the building they were met with an open atrium. At the front was sort of a check in desk where they could go and reserve their rooms. "There are different rooms you can use and you just need to check one out. They have rooms with combat dummies, rooms with water, rooms with fire, you know all the elements. You want to choose the one that best suits your training needs for the day. We will go with a water room today cause I am trying to keep learning it." Kato grabbed a little clipboard and looked over the available rooms and then wrote down Kato and Airi so no one would bother them.

Entering into their water room Kato let Airi kind of just admire it. It was a large room with what appeared to be padded walls and in the center was a large pool. "What is cool about these rooms is you can go real crazy with your Jutsu as the walls can absorb them. Here, watch!" Kato stepped in front of Airi and made three quick hand seals. Snake, Ram, and Tiger. He kneaded the chakra in his stomach and then exhaled a small stream of fire that quickly transformed into a fireball that he then launched at the wall. It fizzled out with no real fanfare and Kato said "Voila!"

"I come here basically every day to try and keep improving myself." He nodded his head as he spoke and then looked back over to Airi. "So, got anything you want me to teach you?" 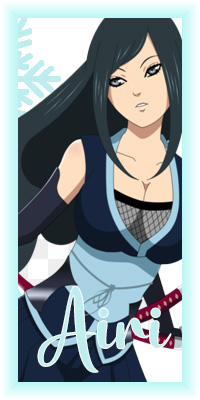 It took Airi a moment to find the ID card she’d been issued not so many days ago, she hadn’t realised its importance at the time. The girl had honestly thought it was just a pro-forma card, similar to the certificate that now held pride of place on her family’s fridge. She knew she had it on her somewhere, she must have it on herself somewhere! What began as an idle check slowly became more and more frantic as the girl’s delicate hands slipped into her kunai pouch, her pockets, an increasingly desperate look dancing across her eyes as she threw her mind back to receiving her ID card.


“I’ve got it here somewhere hold on.”


She can taken it from the receptionist, glanced at it once, her face screwing up at the picture they’d used before she…she put in in her…she’d put it in her purse! Pale hands pulled out the thin leather object holding it high in victory for a moment before she paused, glancing around at the faces of Kato and the bemused guards as she paused, standing almost statue-like, frozen like a deer in headlight before a sheepish grin spread across her face.


Delicate fingers quickly pulled out the pristine ID card, waving it in the direction of guards as the teenagers made their way through the gates into the training centre. She didn’t think the guards would really do anything to hurt them, after all, it was just a precaution right…but then it was always better to not take any chances, besides she should get into the habit of keeping it close to hand. So, maybe she didn’t need to thrust it at the guards' faces while appealing to them to not judge her on the photo before hurriedly stashing it away again. It took a few minutes for her to get over the embarrassment of her near failure to produce the ID card, a time she spent listening to Kato explain the setup of the training centre and its uses.


It wasn’t long before the girl’s bubbly nature started to reassert itself, curious eyes flicking around the corridor as the boy pointed out the features available to them to u. This facility was like nothing she’d ever, the schools she’d attended before had had training fields, grassy gardens or torn up fields where students could learn and practice their skills. Rocks and stones had been her targets, the subjects of her training, but this was on a whole new level.


The girl couldn’t help herself as she skipped forward a few steps, eyes flicking around to glance back at Kato as an almost maniacal eager smile spread across her face. There was just so much to do here, so much possibility that there could only ever be one answer to his question.


A bright grin as she walked backwards two or three steps before stopping to allow the boy to catch up with her.

“Maybe...another element. I learned how to manipulate the air, but well it doesn’t really have a lot of long-range offensive jutsu available and...I’m kinda weak at close range fights so...”


She didn't have an ulterior motive for this, not at all.