RP Character: Hikari Namikaze
Discord Handle: (I don't give my discord handle out, but I'm easy enough to find for those who need to.)
Area(s) of Interest: Wherever I'm needed. (Approval preferred, Can do Coordination. I'll do balance if I'm really needed, but that's probably a bad idea)

Why you? No reason, I'm a bad pick, please don't pick me. For those of you who don't know, me, my name is Alice. I've been a member of the site since earlier days of V6, and returned about 6 months ago. Back towards the end of V6, for months I basically ran the site as a trial staff member, and was the only full mod after the massive staff exodus and the Takeo meltdown in 2019, and held the site together until Akihana returned and ran a vote to decide who would be on the next staff team. (Which I had the highest number of votes to be a full staff member out of anyone, gaining votes from even those who I was actively in a combat thread with.) I have a wide variety of experiences from dealing with problem players, to grading topics, to helping create new systems and rules for NRPG, from moding apps, to creating events and helping new players understand the game. My activity as of late has been a bit spotty due to my attempts to find a new job and the lack of wi-fi at my current residence, however, I have recently found employment, and plan to be moving somewhere where I can get wi-fi in the next week or so.


I've never been one who has actively wanted to be a member of the staff team, (And famously voted against myself back when we voted for staff members back in 2019.)  but have always told those who were members of the staff team that I am more than willing to help out with any work I can if it is needed to keep the site up and running. With the recent departure of multiple staff members, I feel like there is a pretty big opening on the team that needs to be filled, and wish to remind the staff that I am here for them. (Also, lets be real. Ayato became site owner promising that he would try to not do any staff work and leave that to the staff team, but due to their inactivity has been basically forced to do more than half of the workload by himself. Give him a break! Also, I've needed him to thread with me for the past 6 months!) 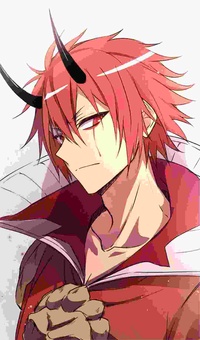 RP Character: Sakurai Ushitora, Sakuragi Yuki
Discord Handle: No specific handle, it changes often.
Area of Interest: Wherever  I am needed, although I'd prefer NPC and/or Approval.

Why You?:   I would try to be as concise as possible. As a member who has been on this site  since 2014, I have experience in NPCing, approval , combat etc. My goal is help with staff work, and if granted the go-ahead, I would love to fully support and help staff team. I am passionate about NRPG and would love to see the community grow.

I have what you might call a history with the site, stretching back a little over nine years. In that time, I have contributed, both in staff and non-staff capacities, to almost every facet of the site. Specific techniques, fundamentals of app design, balance decisions, features added or removed, the limited/banned list or lack thereof, so on and so forth. There are few parts of the site that have not been affected by me in some way or another, for better or for worse. More recently, I have contributed to rewrites and revamps of existing techniques, which I think proves that I'm at least up to date with modern app design.