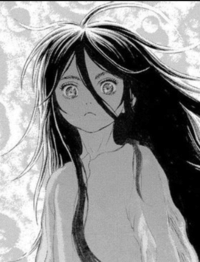 Survived 2021
You've completed the Christmas Event of 2021 and qualified for the last reward, by partisan you are awarded this fancy badge!
Stat Page : Yaijōrama Senju III Stat Sheet

“Boy get down here!” The stern and deep voice of Yaijōrama II rang throughout the house. It was a calm afternoon on the farm. Yaijōrama II was in the kitchen, scrubbing away at different pots and pans. Yaijōrama quickly came running down the stairs of their home and came to a sudden stop inside the kitchen. His stop wasn’t so clean as he hit against the counter. Yaijōrama let out a small groan but he tried to play it off like he was resting against it. “Yes, Dad?” Yaijōrama spoke with a pained expression, though he kept a smile on his face.

Yaijōrama II just shook his head and smirked as he looked over towards his son. “You need to slow down, Boy. You’re going to keep hurting yourself until you learn.” He spoke and he went to place the last pan down inside the drying rack. He went to dry his hands off and he looked towards his son. “Have you been keeping up with your training? You go out every day but who knows what you’re doing now that you got that headband. I don’t want you thinking you can slack off.”

Yaijōrama looked towards his father and went to straighten up since he was leaning before. He listened to his father talk and after he was finished, he nodded some slowly. “Yeah I have been. I’ve even been assigned a squad.” Yaijōrama smiled with pride but he continued speaking after. “I haven’t taken a day off from training. I know what you always say. A shinobi who doesn’t hone their skills daily, will have a harder time than one who does.” Yaijōrama knew this was a dangerous lifestyle but it was the lifestyle he picked for himself. He came from a family of shinobis and he wanted to continue that line. “Speaking of which, I need to get going.” Yaijōrama went to give his father a wave before making his way out of the kitchen. He was headed to the training fields to continue his training.

Gonk
Citizen
Survived 2021
You've completed the Christmas Event of 2021 and qualified for the last reward, by partisan you are awarded this fancy badge!
Stat Page : Sharky Boi