Be Leaf in Your Abili-Teas (Seiichi)

"Haha, of course not," Mikaela said as laughed at the man when he questioned if he was to be sacrificed. Mikaela could see how he could think that but he was needing an extra pair of hands to help him on his goal, not to be his goal. That's when he saw the man lay his hand out the shaft of his sword. Making sure the lock eye contact, "no need for that, I am no threat to you," he said with a devilish grin. He was telling the truth, he would need Seiichi's help in the long run so friends? Business Partners in the near future, well, he hoped.

That's when he declined his offer, "well, I'm sorry to hear that, is there anything I can do that would change your mind?" Mikaela state when he knew this man had already made up his mind about helping each other. Did Mikaela give off a dark aura that this man was nervous about. His feminine features for sure that he would be less threatening but it appears that he was not. However, the tables took a turn when Seiichi asked about money. It seems this man could be bought.

Bring his hand up, he rested his hand on the man's chest and could feel his heart racing. Is he having anxiety? No, if he was he would be stuttering and sweating, he was excited. But if he wanted to do this why would he reject when he would want to. He must be conflicted on the inside, "your heart is racing," Mikaela said as he brought his arm down to his side once again, "talking ryo depends on how much you want in, and how much you help. But I can sense your nervousness about it, so I'll give you some time to think about it. If you agree, we can go into my more detailed details about what we want out of this," Mikaela said with a seduction look and a wink and started to walk away. As he walked he said, "when you're ready to agree, you know where to find me," Mikaela said, as he knew the man would either find him at the Senju house or the tea place they were just in. 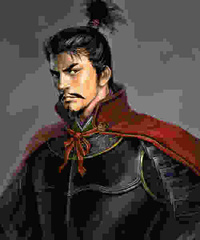 Seiichi would look back at the man. "That I do. Thanks. For the interesting conversation." He said, then walked back off towards his fathers house. The thoughts of the future lingered in his mind. What was he to become? If he couldn't get a hold of himself, he might find iron bars in the looking glass.

He chose to take his time getting home. Enjoy the high of his sake and take in the breeze.