For the record. (Private) 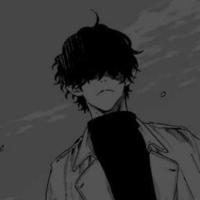 For the record. (Private)

Sweat ran down Maro's face, collecting on his dark brows, where it spilled over and landed upon his cheeks, flushed with heat. Still, his visage held no visible, discernable emotion. Even now, after a hard day of work and then a harder night of training, he was not fazed. Not on the outside. He let out a sharp breath, and then let his arms drop. The earth seemed to shake as he stepped back, the weights he held over his head crashing violently to the ground.

That was 563 kilograms. 1240 pounds. For the record. He'd been weightlifting for a long time, but he didn't do it often. His strength seemed to come naturally to him, but he'd started to get obsessed recently with beating his own max and breaking his record. He had no competition, so he made competition with himself. He didn't care for others to see how strong he was anyhow. It was better they didn't.

He'd beaten his old max, which was several hundred pounds lower, and he didn't plan to stop at such a lowly number at 563 kilograms. Maro was not human, and he would not be held back by human limitations. He had gone far beyond lifting his own weight, now lifting more than 5 and half times his own weight. His broken music played from the record player quietly from the upper level of the barn, eerie in the silence now that he was done lifting.

In the shadow cast by the moonlight through the large open doors of the barn of his form, he could see himself, large and towering, with great large horns seeming to exist upon his head. WC:279

Re: For the record. (Private)

Re: For the record. (Private)