The After Cardio Conundrum 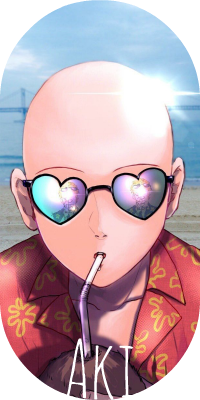 The After Cardio Conundrum

Aki paced through the empty trading ground, the large throng of ninja that had assembled for the Kages morning cardio had long passed leaving the place largely deserted. The event had been quite the spectacle. During the practice Aki had seen a whole host of different ninja refining their skills, there had been Ninjas practicing Taijutsu, Swordsmanship, elemental techniques…even a small boy who had stared so hard that his pupils spilt into 2 leaving his eyes red. The skills on display were awe-inspiring and although many of them had just only started working out, they were driven with a seemingly single minded goal to surpass their limitations and grow into true fighters of Hoshi.

Then there was Aki whose arsenal included 2 shadow clones, the ability to move dirt, and a storage technique that he learned to make carrying groceries easier. Aki massaged his forehead and sighed, he needed help and advice badly. So he crossed his fingers and thumbed out the Shadow clone jutsu

“We need to find a style or we will get left behind” the first clone muttered, “but what exactly is it we are good at”. Clone two chipped in “Well how about we start with what we are bad at? Taijutsu for example, we barely made it out of the academy genin exam, and we were a lot older and bigger than that kid we sparred with”.
“I never did too good with weapons either, we always overthought everything” Aki crossed his legs and sat down with his clones the 3 of them forming a small triangle as they mulled over the options
“Well that just leaves the Chakra based schools, Puppets, Space time, Medical and genjutsu, There should be lots of material on this right here in the training centre. We should split up, find something interesting to look into and report back”. This seemed a halfway sensible idea so the Clones and Aki nodded, stood up and separated, heading to the back of the centre to do some much needed reading.

The first clone of Aki strolled through the empty training rooms, there were earthen floored njnutsu rooms, Taijustu dojos with tatami mat floors, a Bukijutsu room complete with sparring weapons the place was loaded it had it all. Dedicated facilities for ever ninja art imaginable. Aki continued to pace through them all inspecting them when he came across an old room at the far end, judging by the dust on the door it had not been opened in some time.

Aki got curious and decided to open it, inside was a fairly dark room with mannequins lining one side of the room, bizarre diagrams on the walls instructions for bizarre machinery that looked like it had hands and fingers. In the centre of the room was a large open book and what looked like an old fashioned spinning wheel for thread making.

Aki turned over the book and looked at its cover “Kugutsu, the Art of Puppetry” Aki settled down to read

Kugutsu or Ninja Puppetry is an ancient art that dates back to the earliest Ancient Ōtsutsuki ninja clans. Ōtsutsuki puppets utilised a Chakra core housed within an artificial body, these puppets could function off the thought of the caster or be left to their own devices becoming mostly Autonomous. Their techniques are long lost and although many attempts to replicate the technique have been made, at the time of writing none have been successful.

Modern puppets are designed and built of the works developed by Monzaemon Chikamatsu of Sunagakure. Monzaemon sought to build puppets purely for entertainment but after collaborating with shinobi weaponised versions of his works were made and widely used the techniques being spread beyond Sunagakure.

Monzaemon’s technique involved connecting threads of chakra to the puppets in question to manipulate joints and mechanisms within the puppets. The initial technique was just designed to grant movement to the constructs. Monzaemon improved the technique by allowing the users chakra to be drawn into the puppets via the threads to power devices within them. This allowed Shinobi to build devices to replicate certain ninjutsu techniques within them. Later modifications to puppets featured non humanoid variants

Monzaemon’s work was later expanded upon by Sasori of the Red Sand a Suna Shinobi. Sasori’s designed “human puppets” these were puppets that incorporated pieces of deceases shinobi within them. Utilising human puppets Sasori’s works were capable of utilising elemental chakra within their mechanisms, including advanced elements such as magnet release. Sasori was ultimately banished for his works but they were later rediscovered and newer generations were able to refine his techniques to create elemental techniques within their own creations and works.

The following chapters are dedicated to the Chakra Threads Technique,

Aki shut the book, he had read all he needed too, “Time to report back” he crossed his fingers and dispelled himself, the knowledge flowing back to the original.

Meanwhile Akis Second clone had found the genjutsu training area, the room was orantly decorated with strange carvings, hanging mirrors, and soft cushions, stands with burning incense. “How exactly do you train here?” Aki thought, the room seemed better suited for entertaining guests or having a party, it was relaxing warm and very comfortable, except for the mirrors those made Aki feel a little dizzy. Walking over to the far wall Aki pulled down a scroll and settled in to read
Genjutsu is one of the 3 great specialties, and by far the most difficult to master. To create a genjutsu a ninja must carefully control the chakra flow of a target's cerebral nervous system via a disturbance, thereby affecting their five senses. This is can be used to create false images and even trick the body into believing it has experienced physical pain. Genjutsu can also be used to manipulate others by feeding the victim illusive suggestions.

To cast a Genjutsu the caster first needs access to the targets senses to communicate the disturbance. Many Genjutsu are performed visually, requiring the target make eye contact with the caster and so communicate the disturbance via sight. This is not the only method however, in fact any of the targets senses can be used to communicate the disturbance.
Aki thought back to when Toneri placed him under an genjutsu for training, it had been a strange experience “he made eye contact though…was that all he needed?” Aki read on
Genjutsu can be interwoven with smells so that the person who smells the scent can be trapped under the caster will. These can be are especially effective as often the victim upon dispelling the Genjustu will smell the source again having been ensnared right next to it, and yet again fall under its spell.

Genjutsu can also be interwoven with nature transformations, the heat of a flame for example can be used as a medium to communicate a disturbance via touch. Or the taste of water can be used to create a genjustu that can be triggered long after the victim has expericed the disturbance.

By far though Audible genjutsu is deemed the most dangerous because the user can trap victims from long distances and effect multiple targets over wide areas. Some practitioners go as far as to bring musical instruments to better ustilise sounds, flutes being a common choice.

Genjutsu has often been derided as being too hard to learn and easily dispelled by those who know the Gen kai technique. However its ability to disable its victim’s makes it a key tool in bring in targets alive for information gathering purposes.

Aki paused and read the last few parts gain, “I can take people alive with this?” he thought over his long talks with Loghain in the bar, how haggard and troubled the man had been and how Aki had massive reservations about taking another life. “If I mastered genjutsu…I wouldn’t need to kill” the realisation washed over Aki, this could be it, his own style, and its non-lethal.

Beaming in triumph the clone dispelled itself, communicating its triumphant grin to its master

Aki sat in the main training area mulling over what he had learned from the clones. The Puppetry report while having a very interesting history didn’t seem all that useful and he wasn’t all that sure who could teach it to him. Genjutsu on the other hand seemed very powerful, and if he could master it, he wouldn’t have to deal with his greatest fear of not being able to fight when it counted.

It not that Aki wasn’t unfamiliar with what the ninja of hoshi had to do, it’s why they were trained, to be weapons used in defence of the village. One day Aki would likely have to kill to protect the village, and honestly that thought disturbed him. Not because it would be hard or difficult, but the opposite, to kill without thinking anything less off it would mean that Aki would have changed into something different.

Shinobi are tools used to protect and support the ideals of the village, this was something that was widely regarded as an inescapable truth of the shinobi world. Like it or not Aki was part of this system, and it was too soon to ty and get out of it. However Aki had a new thought.

Tools don’t have to be used for destruction, you can use a hammer to build a house or crack a skull, and although many shinobi literally lived by the swords and become one and the same with their weapons and Aki was after all, really bad with swordplay anyway.

“Im entirely too focused on combat, let’s look into something else” and he again signed the shadow clones and sent them off to report on new fields