Any Given Tuesday [P] 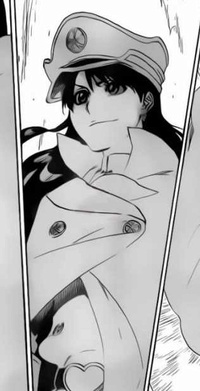 She didn't believe it, luck had nothing to do with it. Even now, as her heartbeat calmed and adrenaline ebbed from her veins, she could see the truth in the boy's words. And yet, seeing and accepting were two very different things—if anything the whole thing made the girl's blood boil all the more. Eyes knit shut, her gaze remained fixed on the ground, and something hotter than the cold rain dripped from her face as Zunair approached.

It always ended this way; someone lost while the other won. This cold calculus and unerring binary ruled in the shinobi world with an iron fist. No one could escape from its grip if they tried, for even choosing not to play left one at the mercy of the cruel and ambitious. To lose in a real battle meant death or worse. Perhaps this was what most irked the young Uchiha now: the reality of a world in which she lacked agency and power. Instead, head hung in defeat, she was simply a young girl out of her depth in a world much larger than herself, but that could change.

Cringing at the touch of Zunair, Ichika clenched her fist but did not pull away. The cooling rush of foreign chakra entered her body contrasted with the rising heat in her cheeks. Needing help with training, though, that was weakness wasn't it? Did Viper Uchiha need help when he brought the whole world to heel?

Surely every great shinobi and kunoichi started somewhere, perhaps even in the same place she now stood. If nothing else, her path would start here with a defeat under gray skies by the hand of a compassionate opponent. Next time, however, would be different. Next time, it would not be Ichika who needed help at the conclusion of the two once-noble clan's spar.

Survived 2021
You've completed the Christmas Event of 2021 and qualified for the last reward, by partisan you are awarded this fancy badge!
Stat Page : Zunair's StatsSummoning Contract : Phoenix Flock of the Magmatic Turnpike

Zunair smiled as the Uchiha allowed him to heal her wounds and was even more enthused that she agreed to be helped. Maybe she's not all temperamental. Maybe Zunair could get past her daredevil attitude. She was bold but even more reckless. This type of behavior would lead to her untimely death out in the open world, so maybe with just a little bit of help, she wouldn't be so reckless. Upon finishing the jutsu he relaxed his arms and placed them in a resting position, crisscrossing across his chest. That's when he felt the water droplets stop pelting his scalp and he noticed the rain had subdued from falling from the sky. "would you look at that," he said as he turned his gaze to the sky for a moment.


"Well, I'm glad you accepted my help. If you'd like, meet me tomorrow and the Hyuuga compound and we can begin there, I've got to get to the hospital to help out" he said with a smile, hoping she will take up his invitation. He'd figured inside the Hyuuga compound would be the best way for her to learn, maybe his father or even Anima can help with her. "I can set up the training area and we can work on what you're good at, sound good?" He questioned casually, leaving to her answer.  Seeming like a good time to return home for he was tired with the little spar that they had and his heavily soaked clothes. He needed his rest before he took a shift at the hospital so with that he waved goodbye to the girl, "hope to see you tomorrow," Zunair exclaimed as he left the girl and headed home.

Taking a step back from Zunair, she gave her arm an experimental windmill. Instead of the sharp tugging pain from before, only a dull ache remained from what should have been a rather serious injury. She never quite had the aptitude for medical jutsu—or so her instructors told her—but couldn't help but marvel at its power. Much of what the academy taught focused on how best to incapacitate an opponent or defend one's allies, and the idea that chakra could be anything else other than that always interested the teen.

"Sounds good to me," she affirmed the Hyuuga's offer with a nod. "Catch ya later!"

With her erstwhile opponent taking his leave, the Uchiha's mind wandered to the proposition of further training. She'd certainly walked by the Hyuuga compound more than a few times but never anything more than that. What happened behind the district's walls was largely a mystery to the girl. In fact, what little she knew of the clan itself came from stories of battles long past and, of course, her most recent defeat. Maybe her mother knew more about them?

Regardless, Ichika's day at the training grounds was over, and she returned home. Today she'd lost, but it wasn't anything a long bath, hot meal, and a good book couldn't fix. Tomorrow would be different, she told herself. And yet, the reel of her loss played in her head on repeat all evening, never truly leaving her head until she slipped into unconsciousness later that night. Sleep and time, as they always seemed to, would surely cure her bruised ego before the morning.
---
Exit, thread closed.
TWC: 2401