seal of the soldiers pill

seal of the soldiers pill

Name: Seal of the soldiers pill
Element:
Rank: A
Specialty: Fuin
Particular Jutsu Type:
Backstory: Through intense training and dedication, Saya found a very specific issue in the way she gained power. Having boundless energy reserves generally meant that when the time to work on technique training came, she practiced how she did everything: intense and without ceasing. It was a great plan up to the point when she passed out the first time. After the fifteenth, confusion about why she'd gone from pouring mokuton from her body to waking up on a floor eased, and she decided she should probably do something to fix this. And so she determiend to simply take a bit of her boundless energy and save it for later!


Appearance: Small black seal that looks like a soldier pill
Handseals: Tiger-dragon-rat-horse-hare-rat-horse-ox
Duration: instant/until activated
Cooldown: once per topic
Range: self
Power: 69
Speed:
Health:
Stat Boosts:
What it does: Upon activation, this technique leaves a small seal upon a living target at the point of physical contact with their skin. This seal is flooded with chakra, storing AP in the seal equal to twice this technique's power. Once it is placed, the seal 'belongs' to whoever it is placed on, and they have the ability to release it and gain its benefits(confrontation to release). When the seal is released by its bearer, the stored chakra floods into their body, replenishing their AP by the stored amount.

This seal cannot be released by the bearer if the released AP would put them over their maximum. No more than one of these seals(or any other chakra storage seal) can be upon one person at a time, and only one can be released per thread. Once the technique is released, the seal vanishes. If the seal is broken forcibly (through Fuinjutsu Breaking, etc.) the AP within the seal simply disappears.

If the seal is placed on somebody other than the user, it can only ever have a power of 69 (providing 138AP upon release).

if the user actiavtes a seal of absorbtion or similar technique with an absorbtion effect that fully negates a technique, instead of placing the energy into a seal of reversal, they may choose to overload this seal, increaseing the chakra stored by the absorbed technique's base power when absorbed. This effect destabalizes the seal, allowing for a small boost to the ap it can give the user, but at a cost. If the seal of the soldier pill is not released in the topic that it's overloaded it breaks, releasing any stored ap harmlessly into the air. If this happens the user will not gain benefits from the seal, and will have to place it on themselves or their target again. This seal may only be overcharged 3 times total and seal may only be overcharged if the seal is self placed. 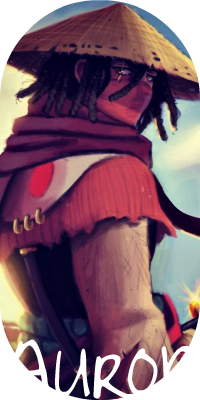 Re: seal of the soldiers pill

Re: seal of the soldiers pill