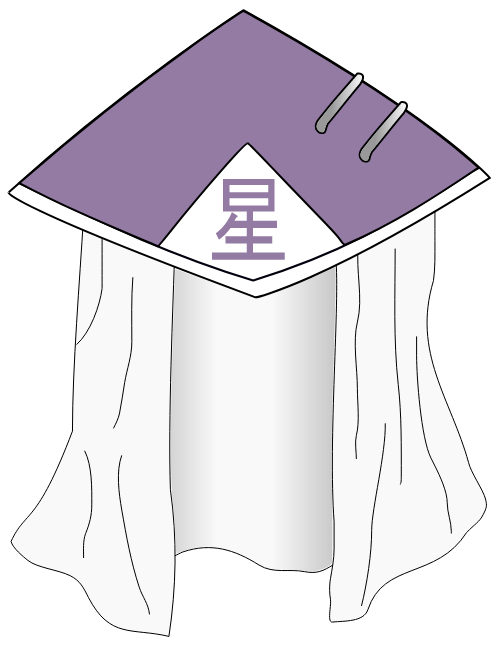 Kageship: The Hogokage oversees the activities of their village, from sending ninjas on missions to making decisions about the safety of their people. The Kage is generally acknowledged as the top shinobi of the continent and is expected to have a proper mission record befitting the position. In Hoshigakure, it is customary for the Kage to appoint their successor. If the Hogokage dies or is otherwise incapacitated before choosing a successor, the selection falls to the Council of Red and a representative of the Nova Corps.

Yasaki Uchiha envisioned the Kage as a symbol that would always watch over the village and thus built a series of statues carved in the likeness of the previous and current Hogokage. They are located outside the gates of the Unseen University at the top of a hill, surrounded by a white marble plaza. Extensive gardens, capable of holding hundreds of people, cover the University.

List of the past and current Kage of Hoshi 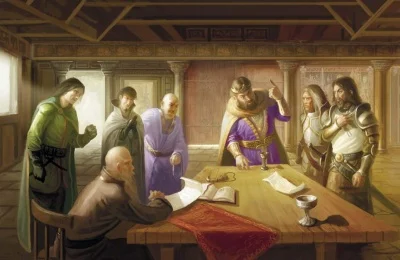 The Council: Like the Daimyo of southern countries, the past kings and queens of Haven or regent-appointed councilors. And now, since the abolishment of the royalty, the councilors were the regents. Seven members and their meetings occur inside the royal residence in the Tower of Red. Hence their name. They dealt with and managed civilian matters within the City blessed by the Stars.

Members of the council during the Reign of the Seventh Hogokage 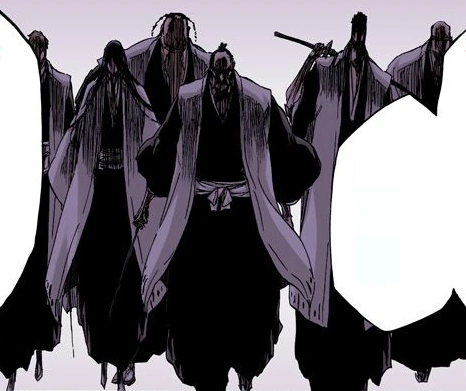 
"When you enter this brotherhood, you take an oath. Not to the Lord Commander of the Nova Corps but his boss. And I do not mean the Kage. You give your word to his boss; you give your word to the people of the village Hidden in the Stars. Your word is who you are." Ayato Hyuuga, former Nova Commander, and current Hogokage

The Nova also referred to as White Swords, is an organization that draws many parallels to Konoha's ANBU but also many differences. For one, Nova Corps members are celebrated as a band of heroes instead of a top-secret organization of code-named assassins. However, this organization's primary purpose is to carry out essential missions, secret or otherwise, that are perceived as the greater good of the village's name and honor. The Nova Corps are sworn for life and are forbidden from retiring from their duties unless it is to hold hereditary titles such as Master, Sannin, Deputy Kage, and Kage.

They may serve as bodyguards to the Kage, protecting him and his family from harm. They are sworn to obey his command and counsel him when requested. The Nova Corps can extend its protection to other people of political importance. But to do this, the Nova may rely on others to some degree, so other shinobi are tasked with security. The Commander of the Nova Corps usually serves at Village Council meetings, and another brother or sister may join them or stand in for them if they are away.

The  Nova Corps wear white haori/cloaks on top of their formal or combat attires with little decoration, although members can be seen wearing decorative broaches. The Masks are the buyer's choice, varying wildly from Nova to Nova. One member might settle for the traditional porcelain maks, and others may suit fancy a plague doctor-themed mask. The official coat of arms or banner is an unadorned white shield. The operative tattoos are drawn after this particular sigil as well.

The Nova's uninterrupted history since the organization's founding during the reign of the third Hogokage Kyousuke Snow is recorded in the Sunfire Book, formally known as the Book of the Sword Brothers. The White book is kept at the Nova Corps base at the White Clock Rower. Every shinobi who has served in the Nova Corps has his page in the books on which his deeds are recorded. All members of the organization have access to it. The Commander is tasked with keeping it up to date, while artists come every once to decorate it with drawings.

The rite for making a new Shield Brother or Shield Sister of the Nova can vary. It can be a solemn and formal event in which the shinobi kneels as he makes his vows before the Kage, and then they are handed their mask and white cloak from the Kage or the Nova Commander. The Kage always chooses the Commander, with seniority, achievements, and fighting skills playing parts in the decision. Also, the Nova Commander is generally selected from the existing pool of Nova members.

When Ayato Hyuuga took the Kage's mantle, his first course was to abolish transplants' already frowned upon practice. There were, of course, the few who protested that decision believing that shinobi built their villages on the procedure as it was an easier way to greater power. "They said the same during Valen's reign in Hoshi, and we saw who that turned out." The Kage had responded. "What happens in other villages was none of Hoshi's concern. Actions like that affirm everything that those in Hoshi who would revile shinobi say about us." And thus, the matter had ended.

Transplants are still possible for a medical reason that would better the receiver's health, with the procedure authorized by the village Master and above. Anyone caught engaging in the transplant practice without authorization will be arrested on sight, and their sentence might vary from imprisonment to paying a financial fine to the death penalty. The passing of judgment is decided on a case-by-case basis. The eye swap of the Mangekyo Sharingan between Uchiha (or others) to unlock EMS upon gaining the ic knowledge is an exception to the transplant law.

Hoshigakure traditionally has been a shinobi village that welcomes those without a home. Missing Ninjas of C-rank and below are usually allowed to enter the City, do mercenary work, and potentially be taken into Hoshi's service if they prove trustworthy.

After Stein of Konoha broke guest rights and attacked his hosts, Missing Ninja of B-rank and above won't be allowed inside without an excellent reason. The Gate Guardian or shinobi Chuunin rank and above are expected to turn the MN away. However, if they are allowed in, they will be assigned a handler that will deal with the MN at their discretion should they cause trouble.

-Make sure you read Village and Missin Nin Exclusives rules to understand how these techniques work.
-Certain Creations might be classed as unrestricted. However, if the parent jutsu or element is restricted, your character can't learn it without it.
-Certain creations fall under the IC rank rules found here.
-If your character is the original creator of a Restricted VE, then you can learn it without Kage's permission. From victory in Village Subjugation Topic, all income is increased by 50% and all expenditure reduced by 25%. From September 7th until the 7th of October 2021.

From victory in Village Subjugation Topic, all income increased by 50%, and expenses are reduced by 25%. Until the 7th of October 2021.

From victory in Village Subjugation Topic, all income increased by 50%, and expenses were reduced by 25%. Until the 7th of October 2021.