If he were to be honest, Arashi feared that this was a permanent thing, so hearing that it was just an injury from the exams certainly gave him some relief. "Yeah, those exams are dangerous. Unfortunately, that's the life of a shinobi, so there is no reason to tame it for an exam. But at the very least you showed your strength, and you saw where you need to improve." the Jounin stated, glancing at the 'corpses' around the wheelchair-bound user. He had to admit to himself that it was a bit uncomfortable using humans as puppets; even if they were long dead corpses. Chakra was sometimes a very unnatural thing.

"Interesting," he stated, writing down notes on the clipboard he was holding. "Certainly can't fault you for having a jutsu that you can use while handling medical ninjutsu. A healer who can defend and even attack is a rarity, but an effective one." he stated, while the other Yamaguchi shinobi also used the same jutsu. Now Arashi was quite sure they were not over a burial ground, so trying to imagine where the bodies were coming from was... unsettling.

"Word of advice for you two. Be careful around the civilian population if you use that kind of technique, and especially stay away from the religious sect on the other side of the city. I don't think people would be comfortable knowing that there is a technique that can take the bodies of their loved ones. I assume you have a diversified set of skills; Kouma you did state that you were talented in medical ninjutsu, so how about you Ashborn? What do you excel at?" he stated, while also turning to the third one, or first one.

"Don't think I forgot about you, Uōkingushi. I want to hear more about you as well." he stated, looking between the three of them. "If we are going to work together for the foreseeable future, its best to be able to know each other, and trust each other."

Such a shame, was the thoughts of the Hiyu after listening to the response of the disabled. Not only was his body ruined, so too was his ingenuity. A dissatisfied expression found shelter in the face of the man. Not even the wheezing life into the ten undead was enough to while away that distaste.

In the midst of young Ashborn and Kouma’s exchange of show and tell, the Hiyu would look towards nirvana, his eyes subtle tighten. “I’ll catch up with you guys later. I have something to tend to. Don’t have too much fun without me….or I’ll gut ya.” He stated, smile as eerie as ever. With a lick of his lips he would turn from them, alive and undead and walk off.

The words of Arashi did reach him, but he did not find them of consequence to halt his stride. “Yeah, yeah… trust and teamwork, got it. I’ll tell you more some other time.” Was all that he left him with before fading off into the distance.

Approved, since you are throwing away the other 167 words, You can use it to gain 1 AP, as discussed in discord. To avoid further delays I'll approve it now. 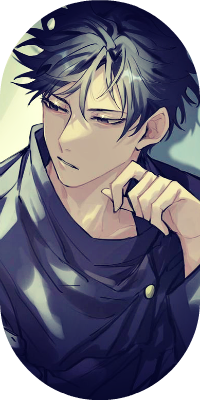 Ashborn would take the Jounin leader's advice to heart, more than aware his Unburial Rite would cause quite the commotion around some parts of the village. "I'll make sure to use it wisely". With a slight bow he then ended the technique, the undead disappearing in thin air, almost as if they were never around. When asked what he excelled in the Yamaguchi simply replied. "Besides what you just witnessed, mainly manipulation of space and time". The boy figured Arashi didn't need another demonstration of his abilities so he decided to keep it at that. By then Kouma had already stated to be proficient in Medical Ninjutsu, something that might come of use considering his current state.

Before Uōkingushi was able to share his secrets the man decided for himself that he was no longer needed as he simply took his leave. "What a Joker, right?" the Yamaguchi voiced as now there were only three of them. Trust, something Ashborn wondered if it was possible in the world they lived in. One thing, however, was for certain. They would need more than a couple of team meetings in order to build trust. "How about you? Anything we should know?". Perhaps there was something besides teamwork that Arashi could teach their little group of misfits.

The jouin ended up watching as the third member of the team just... turned on his heels and left.  He stood with a frown as the genin left, and sighed as he was asked a question by one of the others.  Ashborn.  The ninja turned back to him.

"Er... well, I specialize in ninjutsu, thanks in part to an old clan Kekkei Genkai.  You'll probably hear my name a lot around the village since I'm the... son... of the village founders," he stated, almost saying adopted.  Sure, he was, but at this point in his life, he had known his mother to be Akihana more than his own mother.

".. and I also have plenty of world experience.  I'm known as the 'Lost Prince' because I had been traveling for a good while as the village grew and changed. We'll be doing a lot of standard training not here on the grounds but at Tekiatsu lake.  More often than not you'll find me out there." he stated, glancing back up and where the third boy had left.

"I was going to go through teamwork exercises, but it's clear that we might not be ready for that.  So, I guess you can decide to stay or go.  I'll be reaching out from time to time to check on your progress, and when we have missions to attend to.  Until then, stay out of trouble, I guess." he stated with another sigh.

Listening to the Jounin he was able to find out the man specialized in Ninjutsu, something Ashborn might consider in the future assuming his growth would allow as much. The young Yamaguchi listened attentively as Arashi continued to explain, sharing he was the son of one of the village founders. Quite the surprise but it didn't mean Ash would suddenly start treating the man any differently. During their conversation the boy heard the team leader talk about world experience, it sounded rather vague but perhaps it would be a topic they could touch upon later again. Another interesting fact was his nickname, the Lost Prince. Obviously there was a reason as to why people called him that, that much Arashi explained.

With about half of their team gone there was hardly any reason for the two of them to stay and it appeared both men were of the same mind and agreed it might be better to leave for now and return when everyone would be present. "Then I'll take my leave for now and go check up on my mother. I'm sure next time the meeting will be more productive". Offering a small bow Ash then exited the Water Gardens, making his way home to spend some time with his family.